It might be surprising, but I entered the Adelphi Theatre having never seen the film The Bodyguard (I know, I know – shocking) and with little knowledge of the original plot. Unusual as it may be, it was actually very refreshing. Watching a film-to-musical conversion with no preconceptions of how the original was made, I could watch with a completely subjective view.

Well, the show certainly packs a punch on arrival, grabbing the audience with a high energy, show-stopping number. Defining the ensemble as strong and powerful, and introducing Rachel Marron (Beverley Knight) as the star of the show, the opening number sets the standard high for the rest of the evening. If there are any doubts of Knight’s ability to take over from critically acclaimed Heather Headley, they’re quickly squashed. Throughout The Bodyguard, Knight’s vocals continue to amaze and delight, transitioning easily from mighty power ballads, to soul filled, tender moments. Her feisty side comes through as Rachel throws her diva-like status around, perfectly complimented with a gentler, more truthful Rachel, who shows her true colours more towards the end of the show. If I had to pick a favourite out of her supreme vocals, it would be hard, but I think ‘I Have Nothing’ topped it for me.

Playing Nicki Marron, Rachel’s unsung sister, is Debbie Kurup. A more delicate and fragile image doesn’t hide the fact that Kurup also has powerhouse vocals, and holds her own in numbers such as ‘Saving All My Love For You’. With a unique ability to stand perfectly still while singing, and still move the audience through her journey, she’s a pleasure to watch.

If Kurup is to take the award for drawing an audience in while singing in stillness, Tristan Gemmill would walk away with the title of acting in perfect, intense stillness and having that intensity carry across a whole audience. Gemmill plays Frank Farmer, the reluctant yet dedicated Bodyguard, to superb effect. Moments of tension are felt throughout the theatre in his scenes with both Knight and Kurup. His tender side comes forward in scenes with Rachel’s son, played on 18th September by the young, talented Mark Jones, and no one can fail to be charmed by his dark eyes and chiseled looks!

A mention must go to a man known only as The Stalker, Michael Rouse, who plays the sinister cause of the dramatic plot line. A squirmingly uncomfortable portrayal, in the best possible way, of Rachel’s stalker, he successfully plays out his role, to the point of even getting booed at the curtain call!

A simple, yet effective stage setting of sliding screens and raised platforms, The Bodyguard seamlessly transports the audience through the story. The technical side of things is expertly executed, transforming the Adelphi from a dingy basement bar, to a concert arena, to The Oscars ceremony and everything in between. The ensemble throughout, mainly playing Rachel’s backing dancers, are strong, slick and exciting. Rachel’s entourage are also ever-present, torn between success and protecting their star.

Finally the music, a combination of show-within-show performances and jukebox musical style scenes, there rarely appears a moment where someone is just singing for the sake of being in a musical. Classic tunes, combined with slightly lesser known songs make for an evening of entertaining delights, ending of course, with a concert-style performance, where you almost feel you’re watching Beverley Knight instead of Rachel Marron. No complaints there, and in fact and thoroughly enjoyable and inspirational evening entirely! 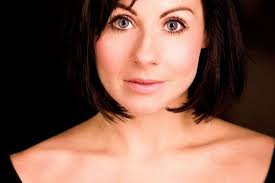 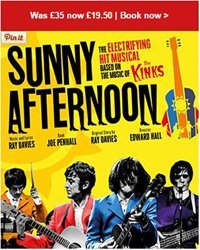 Monday 25th January 2016 marked the 20th anniversary of the death of Jonathan Larson, the talented composer and playwright whose passing at the age of just 35 cut short a highly promising career. He had already written several musicals, including the futuristic rock opera Superbia and his rock monologue Tick, Tick… Boom!, and was also…