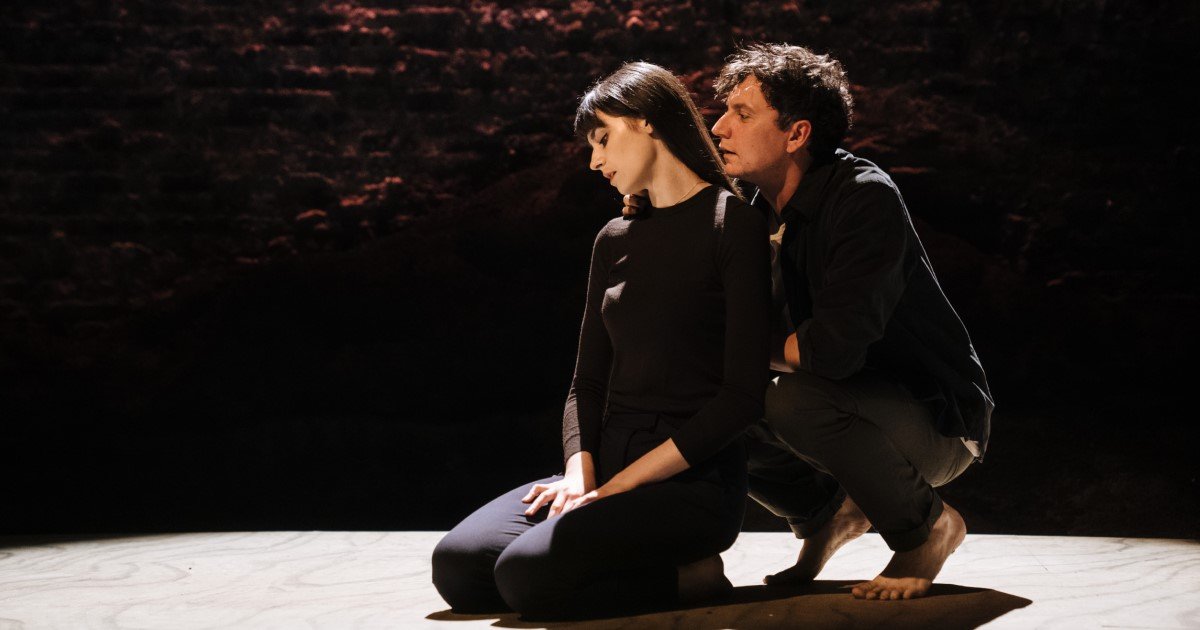 There had, I thought to myself, be some acts of violence to witness in a show called Love and Other Acts of Violence. With hindsight (I am not wholly convinced it is necessarily a ‘benefit’), it was quite a ridiculous thought, but then a title like this evokes all sorts of musings, at least in my mind. What does it even mean? There’s politics in this play, but this isn’t a political show, nor is it about patriotic duty and love of one’s country, which might have gone some way to explaining the concept of love as an act of violence – that is, on the frontline. Here, though, brutality with weapons is left to others, as the (not so) imaginatively named Him (Tom Mothersdale) and Her (Abigail Weinstock) find striking each other a strangely cathartic experience.

What happens between two consenting adults in private is, of course, their business, and any thoughts about needing to report instances of such violence are brushed aside because, well, they’ve cleared the air, and anyway, what is the point in Her reporting anything? She is a Jewish woman in a society (presumably in the years just prior to World War Two) that is increasingly against Jews even existing. She was in a secure job, working in a laboratory, though eventually felt she had no choice but to resign. Him isn’t Jewish: this evidently doesn’t stop Him continuing to pursue a relationship with Her – there is even talk, albeit briefly, of children, though interestingly not (unless I missed it) of matrimony.

Him sympathises considerably with the student movements of the day, protesting against the establishment with vigour and enthusiasm. This contrasts – to the point of this element of the narrative being contrived – with Her preference to keep her head down and not rock the boat too much. But she is forced to re-evaluate her options when there is a sustained campaign against her at the university where she works. Some of what Her holds dear is not properly explained until the final third of the play, when the timeline goes backwards to Her’s youth. In the end, I can’t fault this approach, however much I remain an advocate for storytelling in forward chronological order – dramatization rather than exposition in this play gives the audience a rounded picture, and more than sufficient context.

The stagecraft is of decent quality, and if the set is somewhat elaborate in the final third of the performance, the reasons why become crystal clear in the narrative. These may be two intelligent and articulate people, but it is interesting to observe what love does to both the style and substance of what they say to one another. It’s complex and intense, with the interweaving of the emotional highs and lows of their relationship with different political ideologues, preferences on how to proceed, and the stresses and strains of coping with societal upheaval, the consequences of which are felt at a personal level.

It’s sobering to consider how relatable parts of this story are to contemporary life. I think, for instance, of the exasperation with and distrust of the police in the play (with justification), and a late scene with windows being smashed and children losing their lives – it might as well have been set in the present day. A gripping production with much food for thought.

A young Jewish physicist and an activist poet meet at a party and fall in love. As society splinters around them, the couple’s struggle to survive erupts into violence.

Cordelia Lynn’s new play is a subversive and intimate love story about inheritance and the cycles of politics and history. 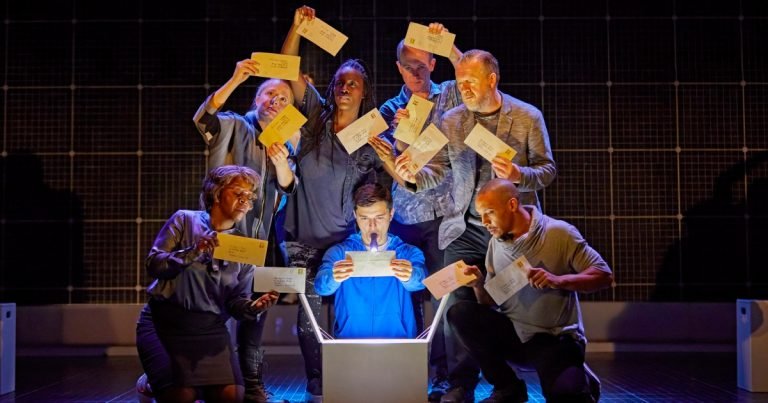 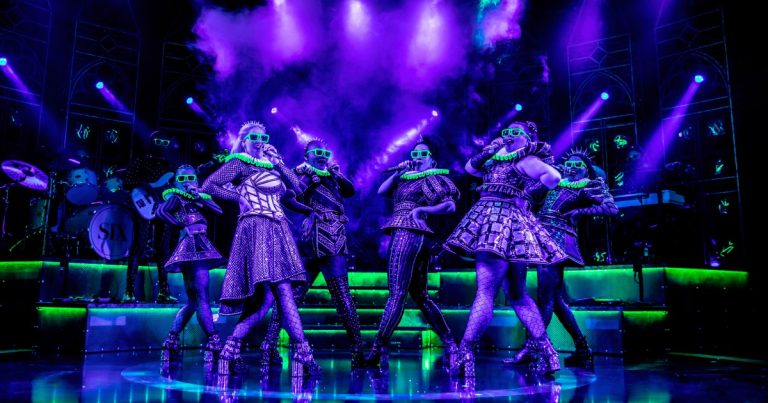 This is the musical history-mix that many of my friends have raved about, and obsessively re-booked for, telling me there is no way I won’t fall in love with the good time vibes of this show. I’m as suggestible as I am sceptical – so I went along hoping it wasn’t going to be one…