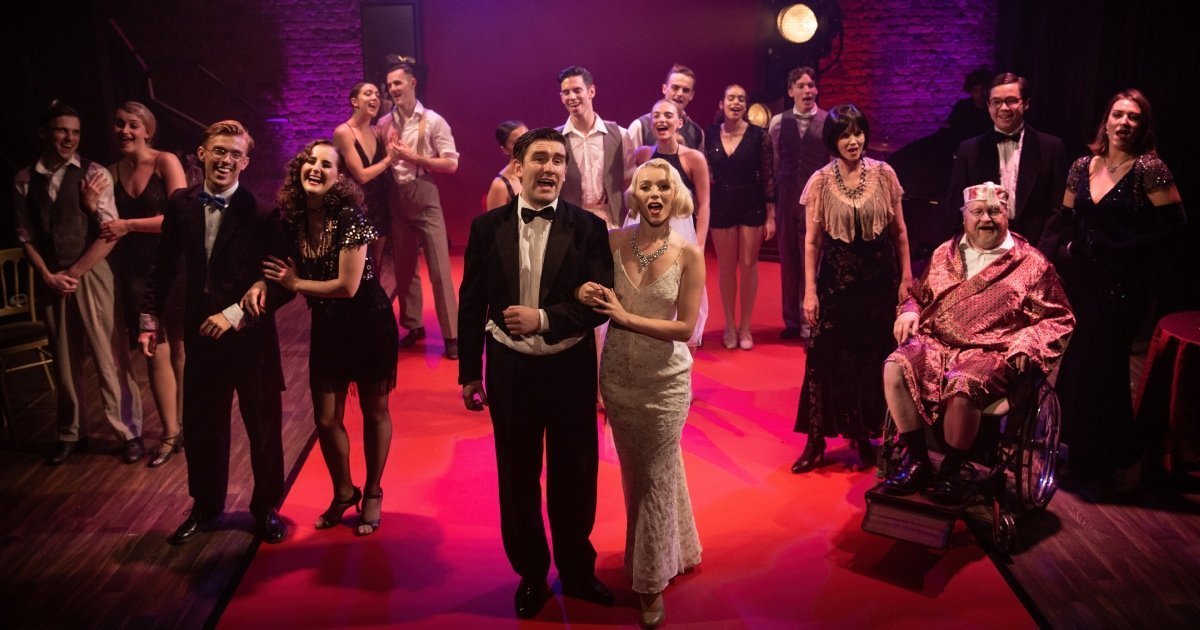 This was my first time at the new Union Theatre having been entranced over the years by the charmingly quaint, dark, dusty, musty railway arch over the road that seemed to have a kind of subliminal sign saying You Are Now Entering Hades – though the quality of theatre there was always of the highest order. The new theatre is brighter, well-appointed, neatly set-out and technically well-resourced. For this show, though, the subliminal sign might well have read: You Are Now Entering The Dark Ages.

If you’re looking for the definition of twee it’s right here, in cosy soft relief, south of the river at the Union. Gentlemen Prefer Blondes is the epitome of old style American musical theatre, complete with one-dimensional characters,  bland lyrics and nondescript book. Yes, there are some good songs and a couple of rip-roaring numbers but I couldn’t help thinking that the bijou union with its bijou stage space, complete with bijou  (electronic) baby grand is not the appropriate venue for Big Songs and OTT acting and, especially, expansive chorus routines. If your troupe – energetic if not with entirely accurate choreographic intent – is going to throw some wild shapes then we’d like to be able to see them in their full spatially aligned glory which is virtually impossible when you are sitting on top of the action as you are in most seats in the small auditorium.

Add to this that, yes, post Harvey Weinstein and post Roger Ailes and post Kevin Spacey – who plied his dubious trade along the road in spitting distance from here – and post #MeToo, a female director (Sasha Regan) seems to be completely at ease with an aged fat “gentleman” constantly leching over bright young things in their short, tight flapper skirts. Seriously, have the last few traumatic years not taught us anything? What passed for entertainment of the titillating kind in 1949 is now so completely out of touch with what is acceptable to women who have to put up with exactly that kind of behaviour every day in their place of work, on the tube and in the street. It’s ironic whilst that same spitting distance venue creates mixed-gender toilets with great national fanfare this venue seems to be intent on reviving the Benny Hill appreciation society – his show was canned because society could no longer stomach an ageing lecher chasing scantily clad maidens around. The activities of Sir Francis Beekman (Tom Murphy) are as gratuitous as they are irrelevant to the story: theatre, which has a reputation for being woke, is as un-woke as you can get here, giving, as it does, a free pass to this kind of soft misogyny.

Lorelei Lee, the blonde in question, is played with a certain amount of restrained panache by Abigayle Honeywill. If you can get past the totally forced squeaky little-girl voice then there might be a semblance of a character there. But you can’t: it grates, it irritates, it gets on your flipping nerves: apparently all blondes do this – to exaggerate their dumbness (apart, that is, from the bombshell running the country). Her big song – Diamonds Are A Girl’s Best Friend – falls a tad flat (and sounds a tad flat) as Honeywill lacks depth of tone and doesn’t have sufficient vocal range to do it justice. Her sidekick – Eleanor Lakin as Dorothy Shaw – gives her songs a bit more oomph and has a better range but chemistry between the two “fun-loving best friends” is singularly lacking. There’s a collection of insipid male characters who – as most of the action takes place on a cruise liner – would be instrumental in launching the lifeboats, I would think, so that anyone – particularly the ladies – could make a fortuitous. escape. This is definitely not the raucous, hedonistic Jazz Age vibe that we are led to believe was the trademark of the Roaring Twenties through the novels of Scott Fitzgerald and Van Vechten.

For this sort of score – big musical theatre numbers – a single keyboard plus small kit constitutes an insufficient band to give the punch and attack that the songs need. The choreography – by Zak Nemorin – is sweaty and cumbersome and has its fair share of in-yer-face knicker exposure – which seems to be in keeping with the objectification of women trope that is a worryingly key feature of this production.

It’s ironic that at the same time that this production is on, the West End is hosting David Mamet’s Bitter Wheat that explores, in depth, the scandalous casting-couch exploitation of women of which the kind of mind-set on view in Gentlemen Prefer Blondes is a nudge-nudge wink-wink contributor. I’m sure people will adore the show’s nostalgia and musical theatre pedigree but, seriously, at what point do we stand back and say that the mores of the nineteen-forties are not the mores our times – so should we keep perpetuating them?

Based on the best selling novel of the same name, Gentlemen Prefer Blondes is the delicious story of a platinum crowned golddigger from Little Rock and her escapades to find herself a rich man. 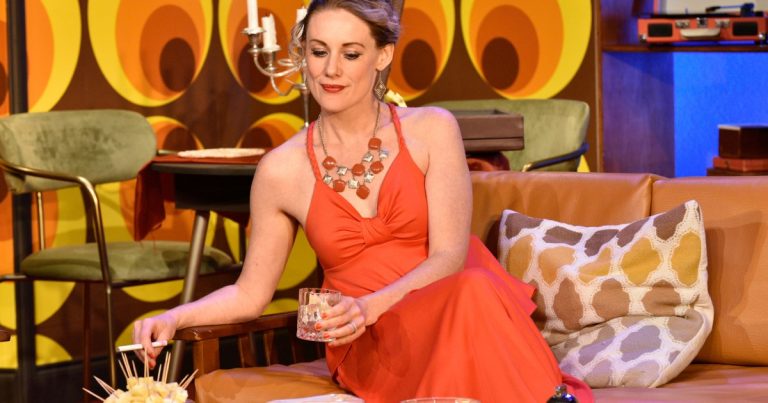 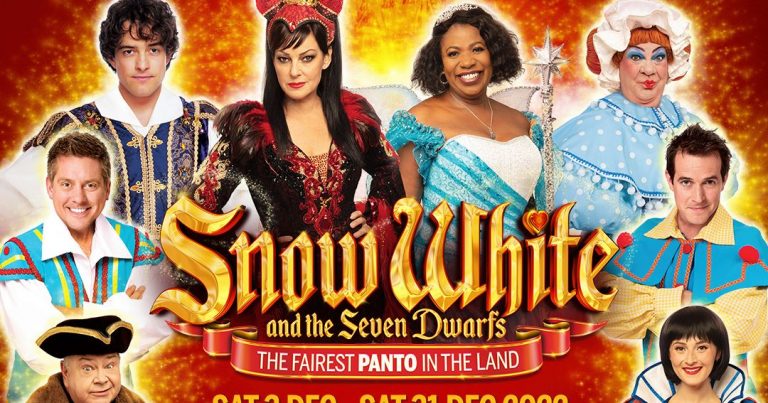 Snow White at the New Wimbledon Theatre is fun, frippery nonsense with high production values performed by an immensely talented cast. It is everything a Christmas pantomime should be and more. Just the thing to warm an audience on a cold winter’s night and to send them back into the real world feeling happier. Some…