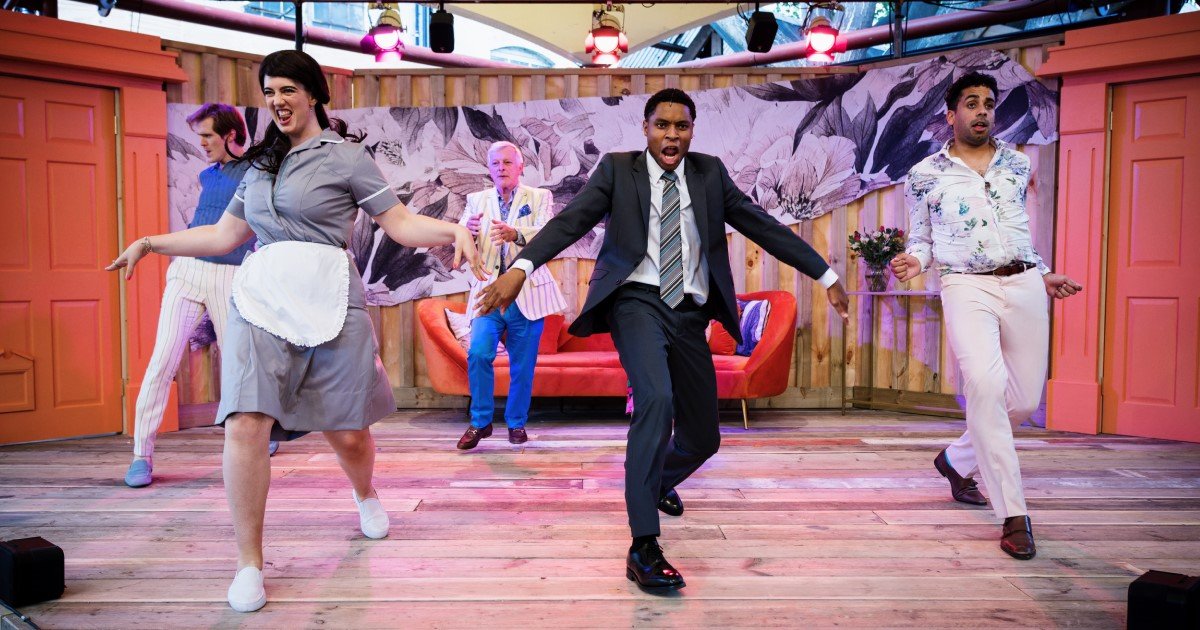 ‘When will this farce be over?’ cries Sylvia (Ellie Nunn) – who is 58th in line to the throne and whose arranged betrothal to another aristocrat is at the heart of Quentin Beroud and Jack Gamble’s adaptation of Pierre de Marivaux’s 18th-century comedy. After an hour of a talky and relatively timid nibble at the screwball traditions of Comédie-Italienne, I found myself wondering the same thing.

The Arcola has built an excellent outdoor theatrical space next to its normal venue which will provide a reassuring site for patrons to return to the theatre. However, a festival atmosphere must be created and cannot simply appear because one wishes it so. The creative team behind The Game of Love and Chance have made much of embracing commedia dell’arte and its traditional street-theatre, strolling-in-the-piazza roots (much like traditional seaside pier entertainment or the Pantos we still enjoy in the UK.). It is therefore curious that director Jack Gamble has staged a two-hour, two-act production with very limited breaking of the fourth wall, not much in the way of song and dance and virtually no audience interaction even on a night when there was bound to be much enthusiasm amongst the crowd.

The entire cast is capable – with the two women, Ellie Nunn (as Sylvia) and Beth Lilly (Lisette), particularly distinguishing themselves as formidable comediennes. Yet it felt as if Gamble was afraid to embrace the obvious and go full-tilt towards the broad and bawdy farce intrinsic to his material. Where were the mad entrances and exits promised by the two doors on either side of Louie Whitemore’s set? Where was the utter and unrestrained slapstick ridiculousness of the scenes in which a character is found physically tangled with another? Farce must be conducted with a precise and pulsing rhythm and this show just felt all-too adagio in its efforts.

Perhaps the dream of piazza entertainment in E8 crashed into the pandemic reality of punters seated on benches rather than strolling the square; but whatever the reason: the promise of a silly, jolly old time wasn’t fulfilled. Cutting the entire production to a single act and picking up the pace so the twists and turns felt bonkers rather than laboured would help – as would configuring the audience cabaret style and serving drinks throughout rather than adopting the traditions of staid theatrical stalls rather than the street. The audience needs both permission and instruction (in the absence of practice or tradition) to whoop, holler and sing-along (if allowed). There were a few interactive hints from Lisette and Lord Orgon (David Acton) but not enough to warm up the crowd in the finest crude style needed. Fundamentally this play is a sex comedy farce – why did it feel so cautious and inhibited?

As for the script’s adaptation, it scanned coherently but didn’t succeed in bringing anything modern to an 18th-century switcheroo plot. In fact, the ‘natural order’ of society’s ‘betters’ remain with their kind and heteronormative marital-centric love works out just peachy. Just as the film Clueless is a contemporary re-telling of Jane Austin’s Emma and there is a certain fun in the new setting, the themes remain unchanged. Indeed, Beroud and Gamble’s adaptation left both class structure and traditional gender roles hermetically sealed for three centuries. Had their expression been satirical and/or hilarious, a lot could have been forgiven. Alas, the venue is glorious, the actors are solid and committed but this production needs a lot more physicality and truncating to get the party properly started.

A brand new, raucous adaptation of Pierre de Marivaux’s romantic comedy, ‘The Game of Love and Chance’ by Quentin Beroud and Jack Gamble, brings Marivaux’s classic comedy of love and class into a modern world of minor royals and major scandals. Lady Silvia Orgon, 58th in line to the British throne, faces a crisis when she falls in love with a man she thinks her family would never accept.

The production opens amid the fallout from the Harry and Meghan interview, which has shone an international spotlight on the Royal family’s traditional attitudes and the ongoing prejudices at the top of British society. 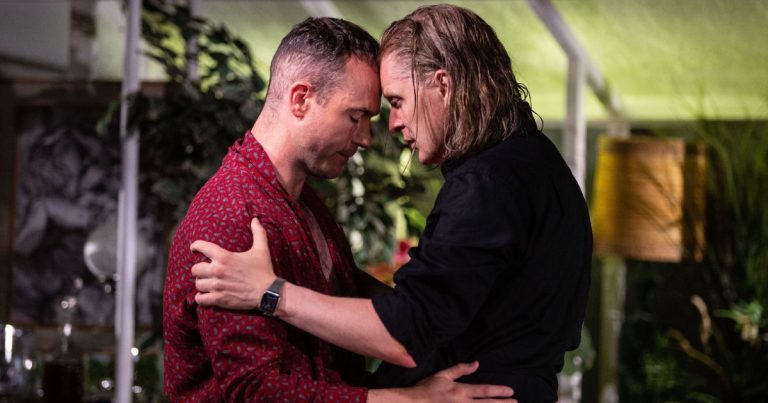