Being a new musical I had no idea what to expect when heading to the Shaftesbury Theatre to see Tim Rice’s From Here to Eternity. Many people may have read the book or seen the film but I was completely new to the storyline. On entering the theatre a Hawaiian garland was placed around my neck and the auditorium was a sea of colours with everyone wearing Leis – big clue as to where the show is set!

The show takes you back in time to Pearl Harbour to meet the boys of 1941. What is extremely noticeable in this production is just how physically fit the men are. Portraying soldiers – their choreography is very manly, physical and intense. With an extremely energetic choreographed fight number, at some points I forgot I was watching a show and shrank into my seat believing that I was watching these heroic men actually fight.

The musical is quite dark and depressing at times. However, this glumness is broken by some hilarious one liners – particularly from the comedic Ryan Sampson who plays Private Angelo Maggio, His wit and excellent comedy timing is certainly not to be missed and he is perfect for the role he portrays. In my opinion it would have been great to see him perform more in the show.

Robert Lonsdale, one of the leading men, has a beautiful contemporary voice. His songs are full of passion and his Rock ‘n Roll style duet with Darius Campbell is a particularly entertaining part of the production, if not a favourite.

This show is filled with prostitution and with men paying for sex. The highlight of the show for me was the overly camp gay bar scene which was highly amusing, colourful and lively. This had the audience in hysterics. However, it is unfortunately a little short compared to some other very long scenes.

The music in this show varies in styles. There is Hawaiian, Rock ‘n Roll and then some which is also very contemporary. This means that there is something for everybody to enjoy, although at some points it seemed a little too varied.

The principal ladies bring an elegance that is hardly seen in the rest of the show due to the content of the story. Siubhan Harrison plays a delicate and ambitious Lorene and it is lovely to see Rebecca Thornhill as Karen Holmes become rejuvenated during the show due to her love affair with First Sergeant Milt Warden.

The actors in the ensemble are all extremely talented and the production as a whole is cast very well.

With full nudity (maybe there should be a warning which I haven’t yet seen), hunky army men and beautiful Hawaiian women, this production is certainly one not to miss as it is different to anything else on the West End at the moment. It still needs some work and is slightly too long (3 hours with an interval) however I can see this production lasting and entertaining audiences for some time to come. 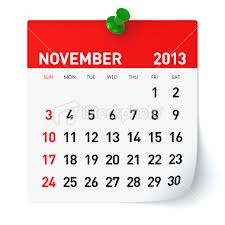 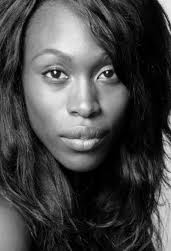