There are some spoilers within this review so IF you haven’t seen the show before then be warned!

I’ve always been a bit sceptical about going to see this production – I guess the name put me off – who wants to pay out good money for an evening of complete misery!  My friends comments didn’t help, “it’s a fantastic show, you really must go, but don’t forget your tissues”, another said, “I wept buckets over the death of…..“ and then reeled off a succession of names!  So it was with slight trepidation that I took along my fourteen year old daughter and settled into some very comfortable seats at the Queens Theatre.  My daughter Bethany had taken the precaution of using waterproof mascara but I hadn’t – a big mistake – oh the wisdom of youth.

The opening scene, bathed in half light and with a goodly use of smoke, is mesmerising.  A group of men rhythmically work in a chain gang with aggressive overseers monitoring their every move.   The audience is introduced to Jean Valjean who has served nineteen years for stealing a small amount of bread for his dying nephew.  Although eventually released from prison Valjean finds it impossible to gain work.  His reputation is tainted by the yellow passport that he has to carry and give to employers which marks him out as an ex-convict.  He is given a fresh start though through the kindness of the Bishop of Digne, and builds a successful and prosperous life for himself.  He vows before God that his new life will be marked by a generosity of spirit towards those in need.  After many good deeds he rescues Cosette from a life of drudgery and toil after promising her dying mother that the child would receive his protection.  He looks after as if she were his own daughter and for a while life seems good and full of promise.  However nothing is ever easy for the characters in this show and Valjean is pursued relentlessly by Inspector Javert, who remembers the ex-con and wants to see him back behind bars. The plot is satisfyingly complex with many impressive performances from some of the lesser known characters.  Grantaire played by Adam Linstead and Feuilly by Oliver Savile deserve a special mention.   The whole musical is set against a backdrop of civil unrest and rebellion – a recipe for disaster and guaranteed to produce more, ‘tissue moments’.

On the night we saw the show, Jean Valjean was powerfully played by Chris Holland.  His rendition of, ‘Bring Him Home’ in particular sent shivers down my spine, his falsetto was clear and pure and his characterisation full of depth.  However the first, ‘tissue moment’ for me was the death of Fantine, who has descended into prostitution in order to provide for her child.  Singing whilst lying in bed dying can’t be easy but Sierra Boggess has a hauntingly beautiful voice and left everyone spellbound.   Her rendition of, ‘I dreamed a dream’ earlier in the show will also stay with me for a long time – so dynamic.  The emotional roller-coaster continued when we were introduced to the young Cosette who sang her part with clarity and childlike innocence, the talent of some children sometimes leaves me breathless.   Cosette is being, ‘looked after’ by the Thenardiers, publicans who provide some light relief and laughter during the show.  It would have been so easy for these characters, played by Cameron Blakely and Linzi Hateley, to become pantomime clowns without depth or integrity.  However this wasn’t the case and I have to congratulate the actors concerned for their powerful portrayal which was both funny and sinister at the same time – not an easy feat.  The song, ‘Master of the House’ was another show triumph as was ‘Beggars at the Feast’ towards the end of the show.  There are so many beautiful and well known songs in this production that it really is a must to go and hear, let alone see.  I will never forget, ‘Empty Chairs and Empty Tables’ sung my Marius played by Craig Mather– a tribute to the brave and rebellious students who had fought and lost their lives.   One of the strongest acting performances was given by Eponine played by Danielle Hope.  The grown up daughter of the Thenardiers, Eponine is the first of the rebels to die.  However before she meets her sticky end she manages, against her own desires, to unite Cosette with her love interest Marius.

Special mention here must go to the production designer, John Napier, and lighting designer, David Hersey.  Their skills really brought the production to life.  The barricade formed by the students during the rebellion allowed the actors to climb over in advance but then cleverly revolved to reveal the carnage and futility of their efforts.

The lighting effects, with particular reference to the death of Javert, were spectacular.  The spiralling lights really did give you a sense of giddiness and depth.  We really felt that Javert had indeed jumped off the bridge to his death – and good riddance to him I say.

Jean Valjean dies as an old man towards the end of the show and a beautiful scene ensues where he is taken into heaven by the spirits of those who have gone before (which is most of the cast).  The dramatic appearance of Fantine is especially moving as she takes his hand in grateful thanks for her daughter’s life.

Good, of course, must always triumph over evil (well in my book anyway) and a very satisfactory ending with the wedding of Cosette and Marius is a fitting epitaph to this magnificent show.  No wonder that it is the longest running musical ever – it deserves the highest of accolades.  Yes it is a tearjerker from beginning to end and yes it truly is an exhaustingly emotional experience but fantastically and powerfully so.  I would be happy to book to see this show again and again as would my daughter.  It’s a great evening out but don’t forget to use waterproof mascara – panda eyes on the tube later is not an attractive sight! 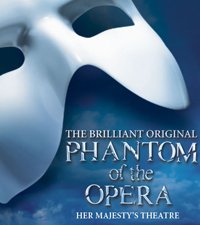 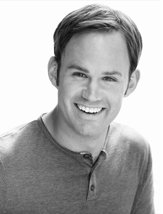 The surviving members of the Monty Python gang will be reuniting in 2014 for the first time in over thirty years, but for the hit musical inspired by the comedy group’s 1975 film Monty Python and the Holy Grail, the end is nigh as it was announced this week that the West End production of…