This is the message that Lend Me A Tenor directs towards the audience, emerging from within the chaos and the confusions and the comedy of the production’s plot.

Hapless Max, assistant to the vociferous manager of the Cleveland Opera House is thrust onto the stage to sing Otello when visiting Italian tenor Tito ‘Il Stupendo’ Merelli is waylaid; cue a series of hilarious misunderstandings and mistaken identities before each character comes to the realisation that being true to yourself is the path to triumph.

Everything, from the tap dancing bell-hops to the exaggerated acting, screams of old-fashioned farce – Hollywood musical meets farcical comedy. It may not be a novel approach to a stage production, but in a climate where it seems a new film-adapted musical opens every other week, Lend Me A Tenor is a breath of fresh air to London’s West End. With laughs from start to finish and extremely entertaining performances all round, it is designed to amuse and amaze and does a great job of doing so.

The colourful sets are impressive and cleverly conceived, smoothly transforming from one scene to the next – the design of the hotel suite is particularly striking, as are the actors’ costumes. Full length slinky evening dresses to tights and a cod piece…each one catches a different eye for a different reason.

Matthew Kelly, as the unscrupulous and hassled company manager Henry Saunders, gives a wonderfully blustering and emphasised performance, although Kelly does have a tendency to over-shout at times. Cassidy Janson as Maggie, daughter of the manager, plays her part well but, although in possession of a decent enough voice, is perhaps the weakest vocalist of the cast. Michael Matus is a riot though in his portrayal of Tito Merelli, as is Joanna Riding as his put-upon wife who clearly wears the trousers in the marriage.

Damian Humbley however, has to be the show’s shining star. The transformation from meek and mild mouse to the self-assured man of the hour makes for compelling watching and audiences are sure to be stunned when Humbley displays his full tenor-tones.

There are some great comedic double-acts in Humbley/Kelly and Matus/Riding and the one-liners are constantly shooting back and forth across the stage. The orchestrations are sublime and the songs memorable, ranging from the fast-paced and funny to the touchingly enchanting. The zinging duet, ‘Facciamo L’Amor’ by Matus and Riding is performed in Italian and perfectly set off by the framed subtitles that appear for the amusement of the audience, while the title song ‘Lend Me A Tenor’ is a charmingly sweet and delightful number sung by Humbley and Janson. ‘Be Yourself’, the duet between Humbley and Matus is  richly noteworthy as the Italian tenor helps Max to find his hidden voice – but the most unforgettable song must surely be ‘May I Have A Moment’, when Diana DiVane (Sophie-Louise Dann), the leading lady of the Cleveland Opera House auditions for Merelli with a five-minute ‘medley’ of a wide range of operatic arias, accompanied by fantastically over-the-top dramatizations that at one point, see her strutting around the room with a toilet brush clenched between her teeth!

Most of the action occurs in the second half, but the production flies along seamlessly with never a dull moment to be had: brilliantly funny and very clever with it (the cast have their comedic timing perfectly tuned). Lend Me A Tenor is guaranteed to provide audiences with a thoroughly enjoyable evening and is sure to be a very welcome addition to the West End. 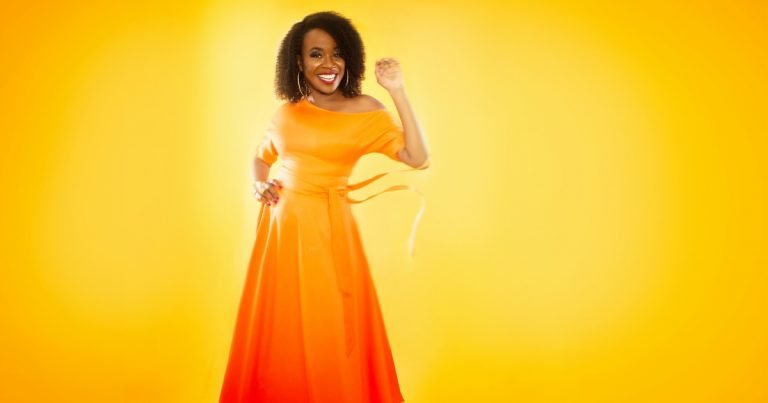 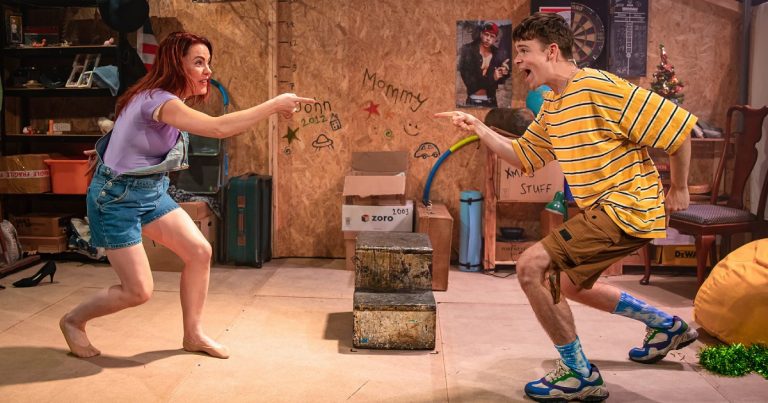