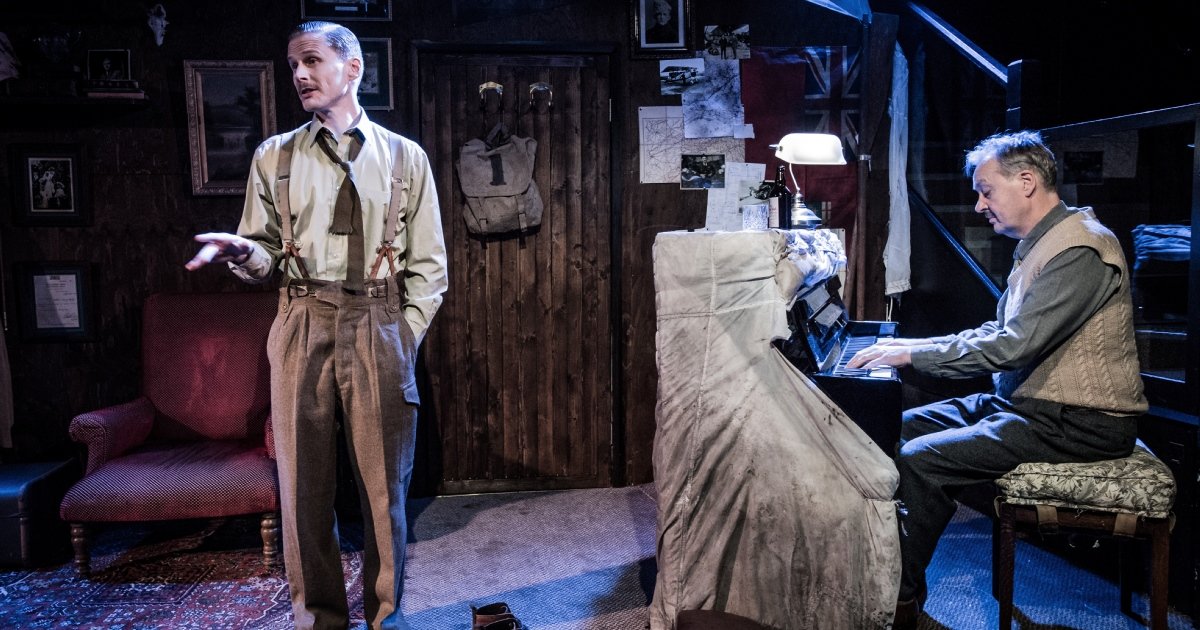 Walking down the very steep stairs of the Jermyn Street Theatre (the heart of Gentleman’s Clubland and the officer class) into the underground theatre one has the eerie feeling of entering a First World War bunker in the trenches. The set is superb. A room which echoes the trenches and the aerodromes but also perhaps a garden shed which the older Billy has turned into a memorial. Numerous objects evoke the war. Uniforms, medals, boots, goggles, pistols, model airplanes hanging from the ceiling, sheets representing clouds, posters and a hundred and one items of bric-a-brac. And a piano in the corner. It’s a lovingly curated piece of historical reconstruction.

Billy Bishop, (Oliver Beamish) now retired, looks back on his life and recalls himself aged twenty, at this point, the younger Billy Bishop (Charles Aitkin) enters and takes up the story. Billy (Oliver Beamish) sits at the piano and plays. The first song “we’re off to fight the Hun and it seemed like so much fun, it didn’t seem to feel like war at all” captures the naivety with which young men enlisted. The play manages to recapture a music hall era whilst simultaneously not losing sight of the inevitable tragic aspects of the war. This double comic/tragic back and forth is what gives Billy Bishop its unique dramatic effect. Tears and laughter, hopes and fears, the promise and the peril.

Charles Aitken brings Billy Bishop vividly to life. We see how his rebellious individualism makes him an ideal risk-taking hero. Only someone of Billy’s determined sense of individuality possessed the qualities required to get himself transferred from the trenches to the Air Force. And then, as a pilot to have the audacity to mount a one-man attack behind the line on a German aerodrome. It’s a tale of heroism in the age of barbed wire, machine guns, artillery and tanks. Charles enacts Billy’s mission superbly. In truth, it was thought to be a suicide mission, but somehow Billy made it back, despite having no fuel. It is an edge of the seat drama.

As if playing Billy wasn’t enough Charles also plays the various English snobs that patronise him as a mere colonial Canadian. In particular, he plays his aristocratic aunt Lady Bishop. Charles is astonishing as he plays both Lady Bishop and Billy changing voice and body language in the blink of an eye. The patronising condescending manner of Lady Bishop as she demands that Billy stays at her house in Portland Square and attend dinners with the likes of General Haig is wonderfully portrayed by Charles, ably aided by the Jeeves-like supercilious butler Cedric (Oliver Beamish). The arrogance with which the British elite assumed that the likes of Billy were expendable cannon fodder is one of the most astonishingly shameful aspects of the war. Not surprisingly, Billy Bishop (“Top Canadian and British Empire ace”) is a national hero in Canada and Billy Bishop Goes to War is the most performed play in Canadian theatre. It ought to be more widely known here in the UK. You can show your gratitude for the part played by the Canadians who fought alongside our troops by making your way down those steep steps in Jermyn Street. You are in for a treat. Go, go, go.

Coinciding with the centenary of the end of World War I, Proud Haddock are reviving Billy Bishop Goes To War as part of their War Season and Jermyn Street Theatre’s Rebels Season. This striking drama is based upon the true story of young Billy Bishop, a failing military college student who became Canada’s indomitable flying ace, the most successful pilot of his generation.

In 1914, Billy Bishop, aged only 20, signed up to fight in the Great War. A failing and bullied student, he overcame intense prejudice and astonishing danger to receive his wings and become the top fighter pilot. Through a combination of bravery and sheer luck, Billy was able to find his place and prove his worth. He became a true Canadian hero.

Brought to life with songs of the period, Billy Bishop Goes To War vividly transports the audience across the landscape of World War I, from the thick mud of No Man’s Land to the drawing rooms of the British aristocracy. This compelling and darkly comic drama interrogates the nature of heroism and its cost while shining a light on the often-neglected complexities of Britain’s colonial past during the War. 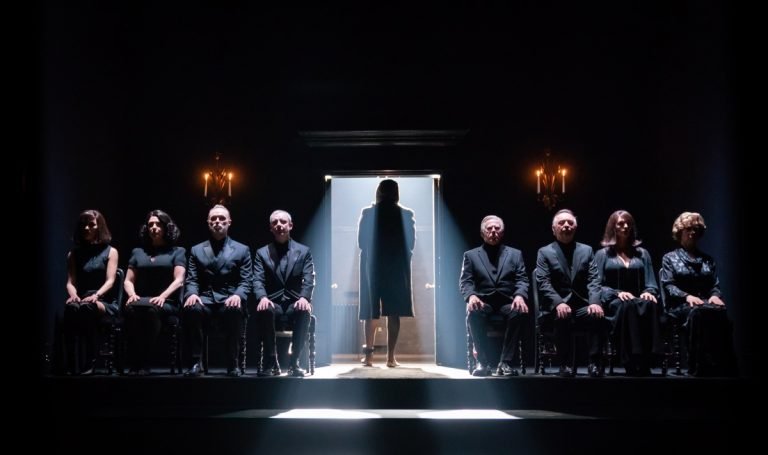 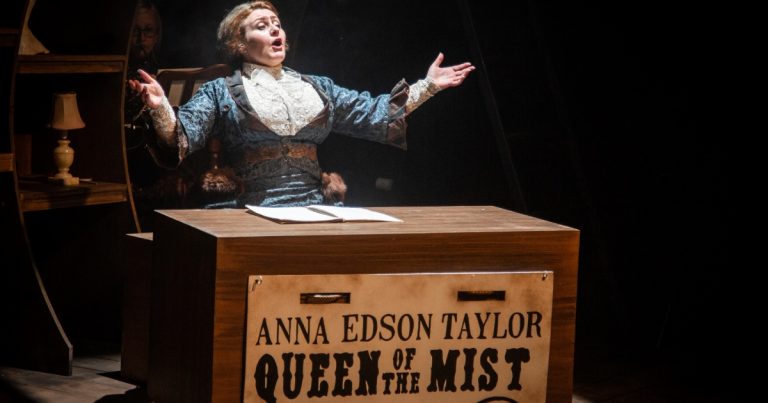