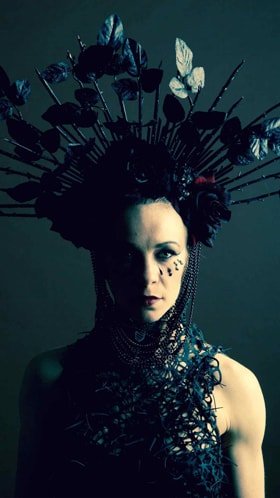 The Chivaree circus have created a show that is really something special; intricate, aesthetic and bold, there is a lot of distinct and quirky talent on display.

Created by Edward Gosling and Laurane Marchive, Becoming Shades reworks the classic myth of Persephone, travelling through the underworld. No better location could be found for such a journey as The Vaults, where an eerie quality is immediate. The show incorporates dance, aerial acrobatics, mime, and is set against a piercingly beautiful soundtrack, performed by Sam West and Becks Johnstone. With a few items designed beautifully, the arch is transformed into a rich experience of the shifting underworld landscape. Ushered in with a strange black object in a plastic packet in one hand, I did my best to tuck away extraneous items with the other. As I figured out the black object was a mask for over my face, I was ready to be transported…

Becoming Shades promised itself as a piece of promenade theatre, nestled in the darkness of the arch. We follow our guide, a nameless character, who provides the light-hearted touch to smooth the otherwise intense performance. The costume is stunning, and the smart integration of varied light qualities as part of performer’s outfits, as well as in the wider space, make for subtle movement through space and time.

The space itself opens out and closes around the power play between Persephone and Hades, executed in a series of beautiful scenes. Particularly compelling is the aerial routine. The choreography of the seduction is imbued with passion and strength, the physical prowess of these talented performers undeniable. It is nothing short of breathtaking, and I was glad of the mask to cover my gaping expression, which was hard set from the moment these performers took to the air.

There were only a few moments in which the movement of the crowd felt a little unfocused; there are a few opportunities to tighten what is an otherwise superbly executed show. Also slightly distracting was the interruption of light from the musicians’ computer screen, something I couldn’t help noticing against the subtle shifts in light and sound occurring elsewhere.

Becoming Shades does an otherwise excellent job to immerse its audience in an eclectic and mysterious experience. The performers are slick in their work, the scenes are beautifully etched out in space, and I was left wanting to see more.

This is a production that is passionate, daring, and unique. I look forward to seeing more from this collection of talent.

A dark immersive underground circus experience retelling the myth of Persephone with aerial acrobatics, live music, fire, dance and mime. Becoming Shades will be one of the opening shows as part of VAULT Festival, at The Vaults, Waterloo from Wednesday 25 to Sunday 29 January.

Becoming Shades is a show that takes the audience on a journey through the dark heart of the Vaults in Waterloo. The long tunnel of the cavern is transformed into Hades.

Becoming Shades creates a world of immersive circus, where movement becomes a language and the audience is at the centre of it, becoming part of the show and living it as a true reality for the length of the performance.

Created by Edward Gosling and Laurane Marchive for Chivaree Circus; their work includes a combined 15 years of performance experience, a Guinness World record to their name and past productions for festivals including Glastonbury, Latitude, Primavera, Electric Picnic and many others as well as for club nights, parties, charities, events. Chivaree Circus has performed internationally across the UK, Europe, the Middle East and North Africa. Becoming Shades is Chivaree Circus’ first solo production with a brand-new score composed specifically for the show and played live, featuring high-level acrobatics, big aerial drops and falls and multi-performer choreographed fire elements. 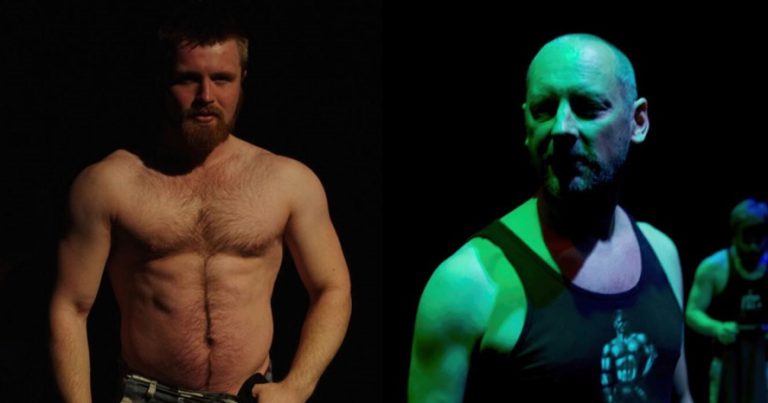