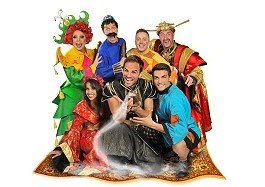 Christmas is getting closer and closer and the festive cheer is spreading rapidly. Whether you are working all the way up to the big day or you are already footloose and festive free, there is one Christmas treat that will get your Christmas lights twinkling – panto. Everybody loves a trip to pantoland, oh no they don’t, I’m sure you can guess where that is going. Every year theatres up and down the country make way for the festive firework that is panto. One of the finest offerings this year has flown into London on a magic carpet and landed at the Shaw Theatre in London, Aladdin.

Most people are familiar with Aladdin, whether it is a more traditional story or the Disney version, most people know the general story. Plummer Wood Productions have created a fantastic version of this timeless classic. Aladdin has all the vital elements needed to deliver a successful Christmas pantomime, current and well-known pop songs the audience can sing along to, plenty of jokes the adults can appreciate, silly slapstick comedy, audience participation and lots of laughter. All of the panto traditions are featured in the show, even though they may not come as a surprise they are still welcome additions and executed perfectly.

The highlight of this panto has to be the amount of fun the cast seem to have on stage. From start to finish the cast appear to be genuinely having fun, whilst working very hard indeed. The enjoyment is most certainly contagious as it influences the audience and allows you to have even more fun. After all, that is precisely what panto is for. The entire cast work perfectly with one another, creating a slick and well paced show. The show really does work on so many different levels, the adult humour is taken to just the right level and delivered innocently enough that it’s impossible for parents to worry about taking their children.

Chris Dennis is an absolute diamond, his portrayal of Widow Twankey via his award winning cabaret/drag persona ‘La Voix’ is an absolute show stealer. Whilst Dennis is clearly a generous performer, sharing the stage and limelight with his fellow cast members harmoniously, his stage presence is naturally, very demanding. With his tongue planted firmly in his cheek, dressed in the most colourful and creative outfits and wigs, armed with a razor sharp wit and sensational singing voice it is transparently clear how Dennis was able to take ‘La Voix’ all the way to the semi-finals of Britain’s Got Talent. Dennis is also the director of the show, clearly a man of many talents.

If you are looking for some camp Christmas capers then look no further than Aladdin at the Shaw Theatre. The mixture of energetic and jazzy dance routines, powerful vocal performances and the abundance of colour from the costumes and set will leave you on a high and wanting more.

Aladdin is a traditional pantomime for the whole family, featuring a live band, stunning sets, glittering costumes, and plenty of audience participation. Aladdin promises to be a truly spectacular pantomime, and one of the only traditional pantomimes in central London. So get ready to take a magical carpet ride on an enchanting journey you’ll remember forever!

Ben Richards recently starred in the UK Tour of Rock of Ages, with other recent theatre including leading roles in Oliver! at Sheffield Crucible, the UK Tour of 9 to 5, Priscilla Queen of the Desert at The Palace Theatre, Guys And Dolls at the Piccadilly Theatre, Grease at the Victoria Palace Theatre and Saturday Night Fever at the London Palladium. Ben is well known for TV roles including PC Nate Roberts in The Bill, Justin in Holby City and Bruno Milligan in Footballers’ Wives.

La Voix is a 2014 Britain’s Got Talent semi-finalist, whose accolades include Best Drag Act at this year’s London Cabaret Awards. A vivacious performer with live spine tingling vocals, La Voix’s uncanny ability to switch between the vocal styles of Tina Turner, Shirley Bassey, Liza Minnelli, Judy Garland or Cher with the click of a finger leaves audiences mesmerised.

The cast also features Justin Thomas (Wicked, Dirty Dancing) as Aladdin, Helen Kurup (CBBC’s I Dream) as Princess Jasmine, Matthew Wesley (From Here to Eternity, Cabaret) as Genie of the Lamp, Lauren Storer as Genie of the Ring, Paul Lawrence Thomas as Wishee Washee, Oliver Broad as PC Pongo and Mark Lyminster as Emperor of China. 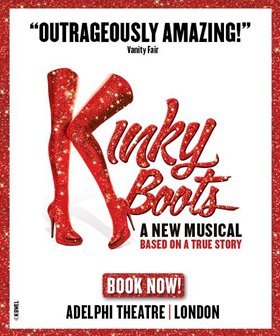 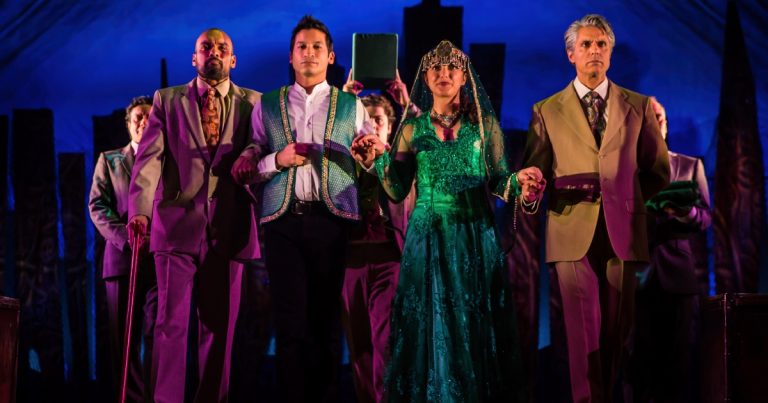