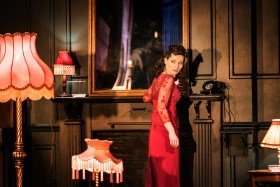 When we think of World War II we, of course, think of life in that period as absolute hell. Everything about it from the concentration camps to the death and destruction of the blitz is devastating. But we rarely think about what happened next, because, in reality, an event like that doesn’t happen in isolation, people can’t just go back to normal after what they’ve seen, and that is what Absolute Hell is about- a darkly comedic take on what happens when the loneliness and isolation of London in the last days of the war takes hold.

The tale centres on the hapless Hugh Mariner, played superbly by Charles Edwards, as he tries to navigate the death of both his writing career and his relationship with Nigel (Prasanna Puwanarajah) in Soho drinking club La Vie en Rose. The phenomenal Kate Fleetwood plays club owner Christine as she desperately seeks anything that will stave off the loneliness after her American GI lover has been sent back home to his wife in America. As her life slowly crumbles around her (and I mean slowly, at over three hours this was a long watch) so does the club (quite literally – bits of the building keep falling down) and its membership, as what starts off as fun and harmless drinking descends into pain and humiliation as the alcohol takes over.

It is a play of flawless acting, every club member seems to be a larger-than-life stereotype and the cast play them to perfection. The ridiculous levels of stereotype do start to get a little bit irritating at times and you find yourself thinking that there surely must be more to the characters than this, but then, maybe that is the point of the play. If going beneath the surface causes too much pain then it’s best to forget the friend who has suffered in the Holocaust, best to forget the GI who has gone home, best just to be a superficial person.

What struck me about the play was, whilst this was set in a specific time period, many of the events could have been happening today. Drinking into oblivion every night to forget, forming fleeting relationships with people without ever really connecting, not to mention political divides and disaffection. The causes may be different, but the problems remain the same which begs the question – do we ever really learn from the past?

Bomb-blasted London. A Soho den in the hangover from World War II, where members drink into the darkness, night after night. Lying, fighting and seducing, these lost souls and bruised lovers struggle from the rubble of war towards an unknown future.

Absolute Hell, Rodney Ackland’s extraordinarily provocative play, was condemned as ‘a libel on the British people’ when first performed in 1952. Now it emerges as an intoxicating plunge into post-war Soho; full of despair and longing.

Joe Hill-Gibbins returns to the NT to direct a large ensemble in this new production of Absolute Hell. 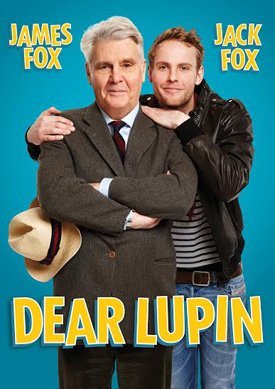 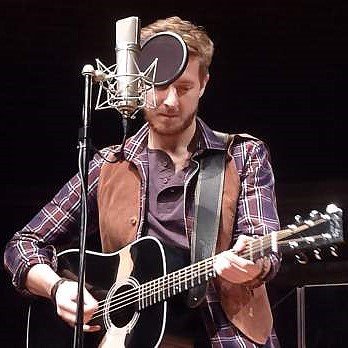