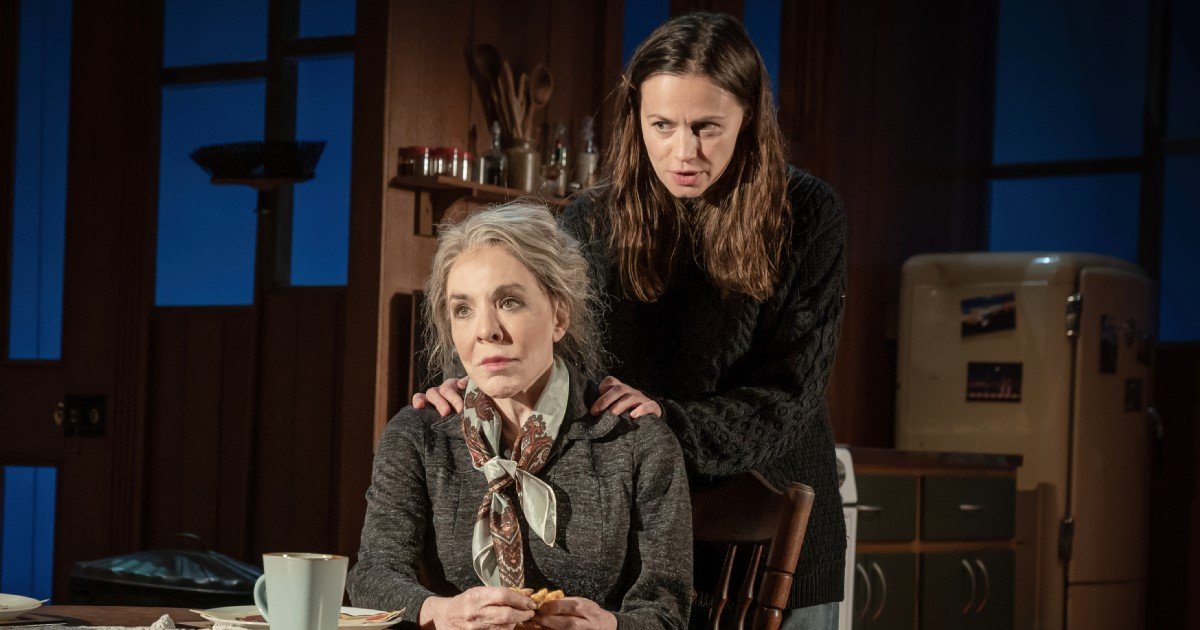 Confession: I was lucky enough to have seen the original American touring production of ‘Night, Mother in the mid-80s shortly after it won the 1983 Pulitzer Prize, with Kathy Bates’ Broadway understudy, Phyllis Somerville, in the lead as Jessie Cates. Possibly an inappropriate choice for someone as young as I was at the time (not more than 15-years-old), but Marsha Norman’s deft two-hander about life, love, suffering and choice made a profound impression on me and I remember details of that powerful original production vividly. I was therefore both excited and trepidatious to join the audience at the Hampstead Theatre some 36 years later for its revival as part of the north London venue’s ‘Originals Season’, celebrating works it first brought to the UK stage.

Despite my knowing the ending and recalling some key dialogue line-for-line, I was once again rapt and moved to tears by this awesome yet economical drama.

I couldn’t help but wonder if Rebecca Night (Jessie) would be able to walk in the giant footsteps of her predecessors or distinguish herself opposite the laureled and legendary Stockard Channing (Thelma). I was actually nervous on her behalf as she entered the stage and waited with my native North American ear to fault her accent. Yet, not only could I not find a single note of inflection misplaced, I found myself willing, along with her Mama, just a few more minutes with her, even if it meant ‘singing ‘til morning’ to keep her alive, as Thelma pleads. Night’s performance is impeccable. Both likeable and troubled, she is a compelling Jessie.

As an unabashed fan of Stockard Channing, I arrived with high expectations and was not disappointed. Despite her star credentials, Ms Channing was powerfully unshowy – displaying decisive subtlety that allows her co-star to shine whilst finding and conveying the higher emotional notes when required but not before their time.

The subject matter of this play is so intense that in the wrong hands it can climax too soon and turn into melodrama. Likewise, the kitchen sink setting can risk a too matter-of-fact, intellectualised study. Director Roxana Silbert must balance her cast as they walk through pretty much every human emotion in a tight single act. She nails it. (I have a tiny cavil about pot-hugging versus pot-scrubbing as a directorial choice but I strongly suspect it comes from my original production bias and it won’t matter to anyone else.)

More than three decades after its premiere, I was also curious about how this play would be received in a contemporary context. Within 70 lines of the opening curtain, Jessie announces that she is going to, ‘Shoot myself. In a couple of hours.’ Mental health is much more widely discussed, and with more nuance, than it was in the 1980s; yet, since the play’s premiere, seven further nations joined Switzerland in decriminalising or legalising euthanasia or physician-assisted suicide – of which six permit it today for mental illness in certain circumstances.

Jessie explains, with startling clarity, to her mother that living, for her, is like, ‘Riding the bus and it’s hot and bumpy and crowded and too noisy and more than anything in the world you want to get off and the only reason you don’t get off is it’s still 50 blocks from where you’re going? Well, I can get off right now if I want to.’ We learn of Jessie’s epilepsy, her ex-husband and her criminal son. We learn of her mother’s efforts, frustrations and love as we also glimpse at family history and the character of Jessie’s late father.

This play is a drama about motherhood as much as it is about suicide. What is so gut-punching and thought-provoking is that playwright Marsha Norman offers no moral to the tale. This is not a message play. It is a searing piece of art that arrests, troubles and provokes feeling and thought and gives you no answers but many questions in the finest use of theatre. It is absolutely worthy of its revival.

“I am worried about you, but I’m going to do what I can before I go. We’re not just going to sit around tonight. I made a list of things.” 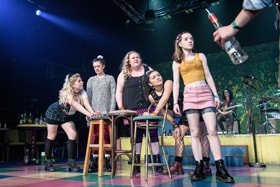