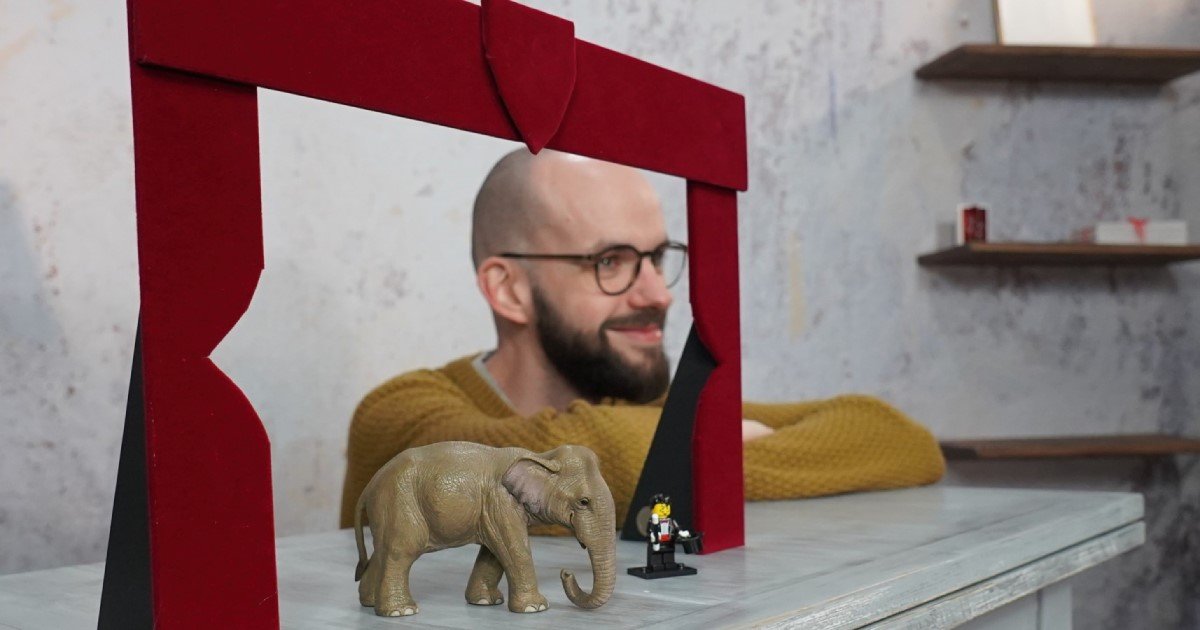 A Magic Show? On your phone, pc or laptop. It shouldn’t work. It really shouldn’t work. But in the deceptive hands of Dr Will Houstoun, winner of the Magic Circle’s Close Up Competition in 2015 and editor of its journal The Magic Circular – it does, with the able support of a technical team who, unlike many of us, have mastered the potential offered by Zoom.

The mystery of The Secret Connection begins with a parcel, which you receive a day or so before the show with strict instructions not to open it before the appointed time. Tempting though it is, compliance is vital, and the tension mounts…

The show begins with a table-top homage to Houdini’s most infamous trick, the subject of the best book on magic ever written – Jim Steinmeyer’s Hiding the Elephant – and though Houstoun’s version is a lot simpler to perform than Houdini’s original, especially with a camera pointing at the pachyderm, the illusion still drew a gasp of astonishment from my partner. The show’s highlight is Houstoun’s superb coin trick but he also gets the audience to demonstrate an intriguing scientific phenomenon and to take part in a clever card trick, where the method seems simple until one recalls what has gone before. It’s all in the preparation. Or is it?

Of course, you get to find out what is in the parcel and, more surprisingly, you also get to work with other members of the audience in a slick demonstration of mind-reading. The show is generally very strong though the fact that Houstoun uses some audience members more than once immediately suggests the use of stooges – which seems extremely unlikely – and the final illusion, in which the master magician ties all the threads together under the camera’s watchful eye, is surprisingly obvious.

The Secret Connection is a very entertaining family show and, at £49 per household, reasonable value given it’s up to you to decide how many friends to invite along to watch with you (while, of course, complying with the prevailing rules on indoor gatherings!).

Magic Circle award-winning magician, Dr Will Houstoun, has been performing and studying magic for 25 years and hosts the show, taking audiences on a remarkable journey. The audience will be treated to a selection of magic from the 19th, 20th and 21st centuries as they experience brand new magic that has never before been possible, unique takes on classic effects, and even mind-reading via Zoom.

Each show will be broadcast live on Zoom from the purpose-built London studio, with the ‘at home audience’ encouraged to turn down the lights, tuck their phones away and immerse themselves in the high-quality theatrical experience before them.