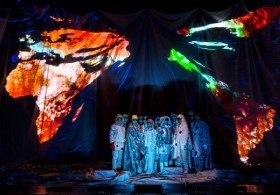 Held in the newly renovated Queen Elizabeth Hall of the Southbank Centre, Hotel Pro Forma and Latvian Radio Choir’s hauntingly beautiful Neoarctic is a fusion of Videography, Electronica, and Choral performance promoting awareness of the environmental impact humanity is having on our planet.

While I think most people would agree that care for the environment is a worthy message, it’s certainly not a new one making it a tough topic to approach. Neoarctic has found a way around this; present it in a completely new way.

A stark stage swaddled in off-white sheets forms the canvas for a series of masterfully produced video sequences themed to each of the twelve songs. For several of the songs, the video was transfixing, hypnotic almost and the video for the first song, Song for Plastic, was poignant to the point of being a little horrible. There was certainly a variety in the imagery and it was easy to see that a great deal of thought had gone into each one.

While the video projections covered the foreground and the background simultaneously, the middle portion of the stage was owned by Latvian Radio Choir who aside from providing a very traditional, Nordic styled vocal, has choreographed movements that followed the electronic music. Their attire was something akin to an arctic explorer and fitted perfectly with the post-apocalyptic vibe of the production while also being blank enough in presentation not to interfere with the video, making them blend into the overall piece rather than being an overriding factor.

The Choir’s performance was, I think deliberately, somewhat abstract. But that’s not to say it felt uncertain or confused in any way – as far I can tell, they all performed perfectly. The slightly unnatural movements they had been asked to make added to the otherworldliness of the piece and made me think very strongly of some art-house pieces I have seen.

On some occasions, I felt like the message I was being given was buried a little too deep and Song for Minerals and Song for Turbulence, in particular, passed me by but they were only a little less enjoyable for being, to me, more abstract. Song for Mud and Song for Respiration I thought were excellent and were those songs in some way to be exhibited in a gallery environment or something similar, I would love to see them again. Those two, in particular, had a direct correlation between the video, sound and movement. Truly well crafted.

Overall, with the few songs that didn’t quite do it for me, the performance felt a little drawn out and wouldn’t have suffered for being a little shorter but as there are regimented sections (three sections of four songs), there may be more reasoning behind its length than the audience can easily behold.

That aside, where often so many multi-media pieces feel a little disjointed, Neoarctic felt like a complete crafted work. The three elements blended together so well as to be seamless and that unity makes Neoartic something truly special in my mind. Something this unusual can sometimes be tough to take the plunge on but I would urge you to take the chance as it’s an experience well worth having.

Full song list;
Grain
1. Song for Plastic
2. Song for Dust
3. Song for Mud
4. Song For Minerals
Vapor
5. Sing for Infinity
6. Song for Respiration
7. Song for Turbulence
8. Song for Chance
Ray
9. Song for Electricity
10. Song for Optics
11. Song for Colours (parts A & B)

A collaboration between internationally acclaimed Danish company Hotel Pro Forma and the Latvian Radio Choir, NeoArctic examines the Anthropocene, a new geological age defined by human interference and disturbance of the Earth’s ecosystem.

An artistic collaboration between researchers, scientists, composers, musicians, writers, artists, designers and filmmakers, the award-winning opera explores humanity as a ‘force of nature’ and the changes made to the planet.

With electronic soundscapes performed against a backdrop of abstract, digital landscapes, NeoArctic transports audiences into an atmospheric, abstract world.

The running time is approximately 80 minutes. For ages 12+ 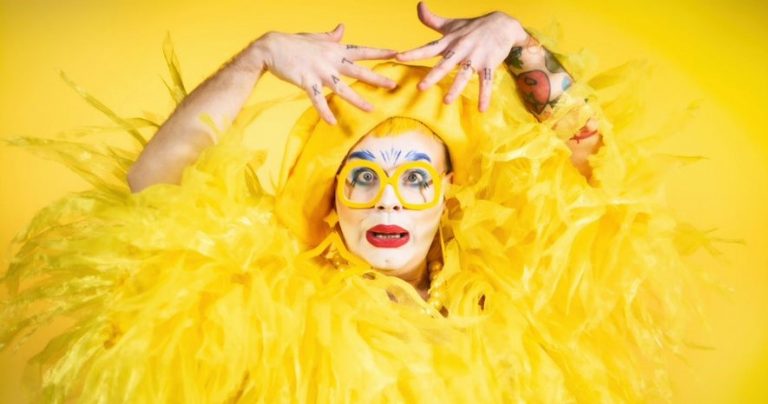 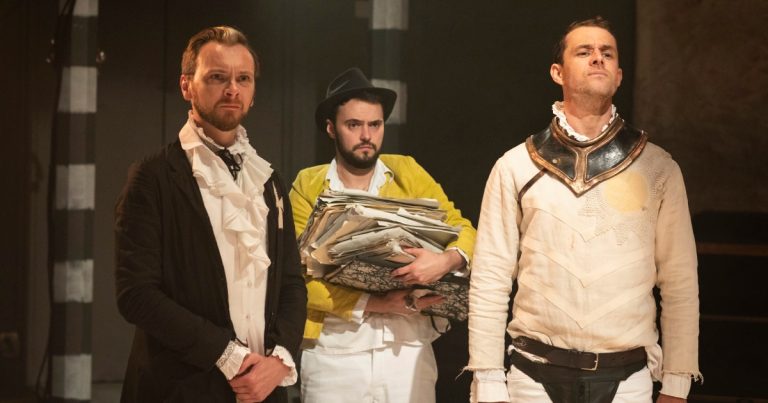