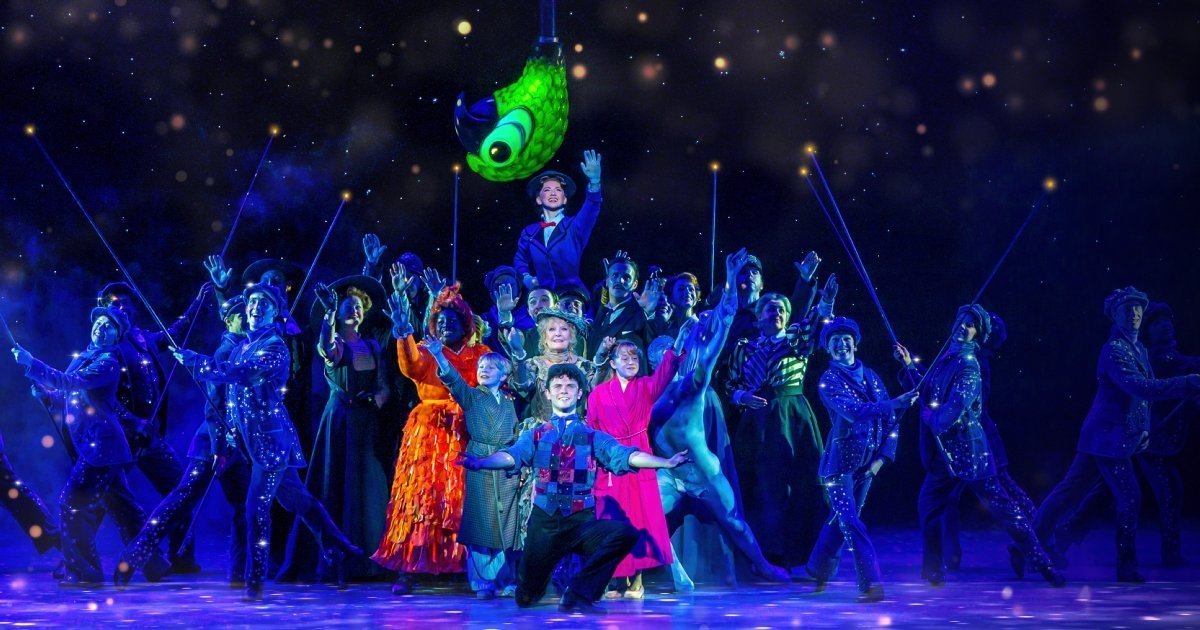 Mary Poppins has now opened in its highly anticipated return to the West End, telling the much-loved story of the magical nanny who arrives on Cherry Tree Lane to look after the Banks children.

It seems that there has been no expense spared in this production, and it is visually stunning and beautifully impressive throughout. The magical fantasy aspect lends itself well to the extravagant sets and costume which never fail to impress.

The trickery and effects (which I won’t spoil for you!) are wonderful. ‘Step In Time’ is a real treat to look out for!

Of course, Zizi Strallen and Charlie Stemp, playing Mary Poppins and chimney sweep Burt are as magnificent as expected. However what struck me most was the overwhelming talent of the entire cast. There are many characters that weave in and out of the story, and each performer truly shines.

The dance numbers, co-choreographed by Matthew Bourne and Stephen Mear, are varied and detailed. They are performed with energy and precision that makes for extremely exciting viewing.

The score includes the popular songs from the original film by The Sherman brothers such as ‘A Spoonful of Sugar’, ‘Supercalifragilisticexpialidocious’ and ’Let’s Go Fly A Kite’ to name a few. British writing team Stiles and Drewe have written the additional music. The new songs fit so seamlessly into the story, they have matched the tone and style perfectly – it feels like these songs should have been there all along.

This production of Mary Poppins is theatrical perfection. It is a show with real heart and I would urge everyone to buy tickets. You can’t help but leave with a smile on your face and a skip in your step.

The magical story of the world’s favourite Nanny arriving on Cherry Tree Lane has been triumphantly and spectacularly brought to the stage with dazzling choreography, incredible effects and unforgettable songs. The stage version of Mary Poppins, brilliantly adapted from the wonderful stories by PL Travers and the original beloved Walt Disney film, continues to be a smash hit around the world since its opening in London 15 years ago.

The stage production of Mary Poppins originally opened in the West End in December 2004, running for over 1,250 performances. During this time, the production won two Olivier Awards and an Evening Standard Award. Subsequently the Tony Award®-winning Broadway production ran for over six years.