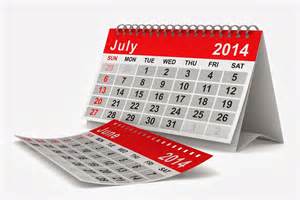 There’s plenty going on in the West End to keep people coming back time and time again, and as well as the long-running productions such as Les Miserables, The Phantom of the Opera and The Mousetrap, there are always a fresh bunch of shows being welcomed into the family fold. The West End prides itself on offering theatre for everyone, so theatregoers searching for something new to see are sure to find something to wet the palate as they take a look at our ‘picks of the month’ for shows opening in town this July.

ALIENS LOVE UNDERPANTS:
This internationally best-selling book is loved by children everywhere and now those pant-loving aliens are flying out of its pages and heading for the stage. The pantastic story by Claire Freedman and Ben Cort is set to delight little faces this summer as Adam Bampton-Smith’s stage adaption makes its premiere in London’s West End. The whole family will enjoy this hilarious new show as the mischievous aliens embark on their mission to Earth to steal underpants from its humans, with live performances and original music throughout the 55-minute production. Produced by Big Wooden Horse and Nick Brook Limited, Aliens Love Underpants features choreography by Emma Clayton and creator Adam Bampton-Smith also directs. Starring Charlotte Cooper (Veronica), Mark Collier (Stevens), Cheryl Felgate (Mum) and Harrison Spiers (Timmy), it has a preview performance at the Leicester Square Theatre Main House on 19th July 2013 before opening the following day (20th July). It runs there until 31st August 2014.

THE IMPORTANCE OF BEING EARNEST:
One of Oscar Wilde’s most recognised plays, this ‘trivial comedy for serious people’ follows the story of two upper class bachelors, Algernon Moncrieff and John Worthing. Both gentlemen take turns pretending to be the fictitious Ernest Worthington, an alternate identity the friends created in order to pursue their intended love interests, which leads to all sorts of trouble. This revival production is presented by The Bunbury Company of Players, starring Nigel Havers, Sian Philips, Rosalind Ayres, Niall Buggy, Martin Jarvis, Christine Kavanagh and Cherie Lunghi. Directed by Lucy Bailey, The Importance of Being Earnest has been in previews at the Harold Pinter Theatre since 27th June 2014. Its opening night takes place on 17th July 2014 and it runs until 20th September 2014.

DAYTONA:
TRH Productions, Lee Jean and Jenny Topper in association with Park Theatre present the West End transfer of Oliver Cotton’s play, following its acclaimed world premiere at London’s Park Theatre last year. A play with ‘not one but two love stories at its heart’, Daytona is set in New York during 1986, when ballroom dancers Joe and Elli are busy practicing their routine for the next big competition. The strength of their 50-year-long love affair is clear to see, despite their bickering, but Joe’s long-lost brother Billy reappears one night with as extraordinary tale to tell. Playwright Oliver Wooton also stars in his play as Billy, alongside Maureen Lipman (Elli) and Harry Shearer (Joe). This David Grindley-directed production began previews at the Haymarket Theatre Royal from 30th June 2014 and opened yesterday (7th July), where it will continue to play until 23rd August 2014.

A STREETCAR NAMED DESIRE:
The timeless classic by Tennessee Williams returns to London this July in a new production starring Gillian Anderson. The stage and screen actress plays fallen woman Blanche Dubois, whose downward spiral in the subject of the work as she first turns to her sister Stella before encountering the visceral and unforgiving Stanley Kowalski. A co-production between the Young Vic and Joshua Andrews, the play is directed by Benedict Andrews and also stars Ben Foster as Stanley and Vanessa Kirby as Stella. Included in the cast as well are Corey Johnson, Clare Burt, Lachele Carl, Branwell Donaghey, Otto Farrant, Nicholas Gecks, Stephanie Jacob and Claire Prempah. A Streetcar Named Desire starts previews at the Young Vic Theatre (Main House) from 23rd July 2014. It opens there on 28th July 2014 and runs until 6th September 2014.

PORGY AND BESS:
The Open Air Theatre stages the popular Gershwin musical this summer, where audiences can watch beggar Porgy devote himself to the task of taming the wild Bess and saving her from a life of ruin in this story of love and betrayal. Featuring music by George Gershwin, a libretto by Dubose Heyward and lyrics by Heyward and Ira Gershwin, this production of the show is directed by Timothy Sheader and features choreography by Liam Steel as well as musical direction and orchestrations by David Shrubsole. Rufus Bonds Jr and Nichola Hughes star as Porgy and Bess respectively, in a cast which also includes Philip Boykin (Crown), Sharon D Clarke (Mariah), Jade Ewen (Clara), Cedric Neal (Sportin’ Life), Golda Rosheuvel (Serena) and Leon Lopez (Jake), alongside David Albury, Angela Caesar, Alex Giannini, Owain Gwynn, Tyrone Huntley, George Ikediashi, Claudia Kariuki, Arthur Kyeyune, Oliver Lidert, Jay Marsh, Tania Mathurin, Ellen O’Grady, Yemie Sonuga and Marvin Springer. Porgy and Bess starts previews at the Regent’s Park Open Air Theatre from 17th July 2014 and opens there on 28th July 2014. It runs until 23rd August 2014.

DESSA ROSE:
Casting for the European premiere of this musical was recently announced, with West End stars Cynthia Erivo and Cassidy Janson to take on the female leads of Dessa and Ruth. The story is set in the ante-bellum south of 1846 and follows a young slave Dessa Rose and a white mother Ruth. Both have suffered hardships in their lives, Dessa through the colour of her skin and Ruth because of her gender, but on their journey to acceptance the two ‘discover the value of unconditional friendship and establish a deep and lasting bond’. Based on the novel by Sherley Anne Williams, history and fiction blend with the musical elements of blues, folk, hymns and gospel in this musical production which features a book and lyrics by Lynn Ahrens and music by Stephen Flaherty. Andrew Keates is on board to direct, with John Addison, Edward Baruwa, Sharon Benson, Miquel Brown, Alexander Evans, Cameron Leigh, Fela Lufadeju, Gabriel Mokake, Abiona Omonua and Jon Robyns also named in the show’s cast. Dessa Rose starts previews at Trafalgar Studios 2 from 29th July 2014 and opens on 31st July 2014. It closes there on 30th August 2014. 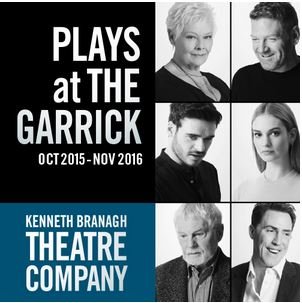