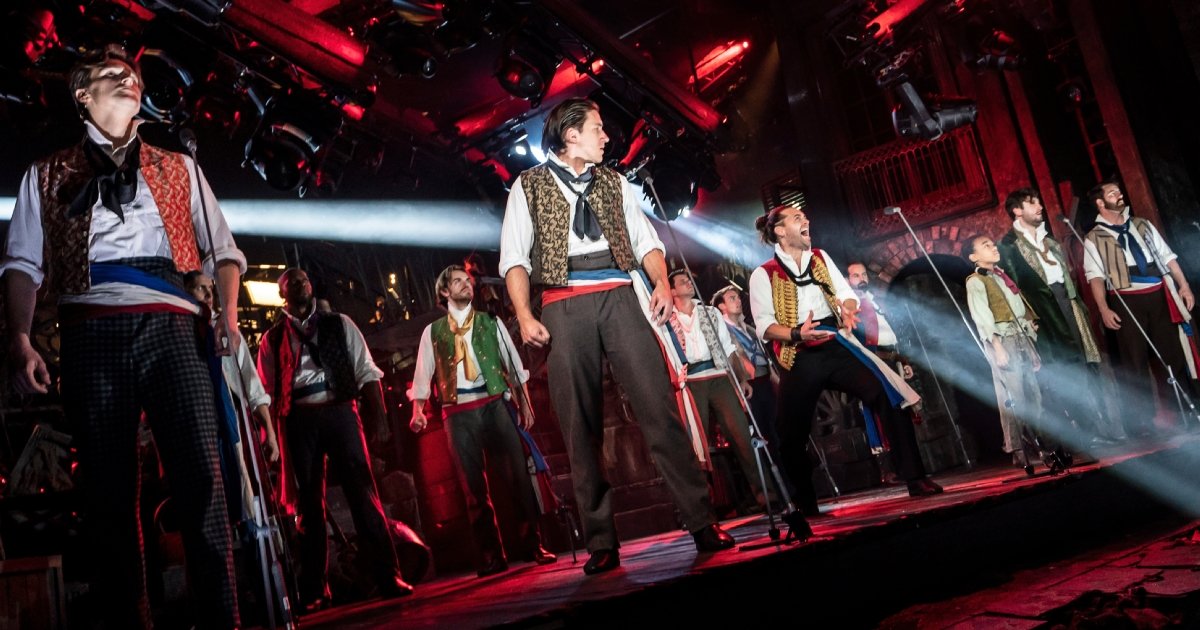 Performances are set to return for the spectacular production of Les Misérables – The Staged Concert at the Sondheim Theatre. It is officially announced that the show will resume performances for a new season on 20th May 2021, booking to 5th September 2021. Patrons whose bookings were affected by the Government’s previous directives will be contacted from today, followed by booking for Priority members from 10am on Friday 12th March and public booking opening at 10am on 15th March 2021.

Cameron Mackintosh said: “As the West End marks the first anniversary of the enforced closure of British Theatre due to the pandemic, I am delighted to announce that the acclaimed spectacular staged concert of Les Misérables, which previously sold out all performances on Shaftesbury Avenue, will return to the Sondheim Theatre on 20 May 2021 with a reduced capacity and necessary social distancing requirements. The cast drawn from the West End and National Tour Companies will be headed by Jon Robyns as Jean Valjean, Bradley Jaden as Javert, Lucie Jones as Fantine, Shan Ako as Eponine and Harry Apps as Marius. Gerard Carey and Josefina Gabrielle will play the Thenardiers. During the run, other celebrated Jean Valjeans will be playing guest performances alongside Jon Robyns. The Staged Concert will play until 5th September 2021 only, when the theatre will close for three weeks in order to re-mount the full production of Les Misérables which opened just over a year ago to rave reviews. The National Tour of Les Misérables will also resume performances in November at the Theatre Royal, Glasgow starring Dean Chisnall, Nic Greenshields and Katie Hall.”

Public excitement for Les Misérables -The Staged Concert, which originally had a sell-out season at the Gielgud in August 2019, has been exceptional. Due to extraordinary public demand the last run of the show in December 2020 sold out within twenty-four hours and was extended twice as a result. Sadly, after the Government’s updated Covid-19 restrictions the show had to be suspended after only 10 performances.

This spectacular production has a Company of over 50 actors and musicians drawn from the acclaimed West End and National Tour Companies of Les Misérables and will initially play to a 50% seating capacity with strict Covid safety measures in place. Social distancing will be followed front of house, on stage, backstage and throughout the building. The Theatre will move to full capacity as soon as the Government allows for it.

Cameron Mackintosh’s production of Les Misérables is written by Alain Boublil and Claude-Michel Schönberg and is based on the novel by Victor Hugo. It has music by Claude-Michel Schönberg, lyrics by Herbert Kretzmer and original French text by Alain Boublil and Jean-Marc Natel with additional material by James Fenton and adaptation by Trevor Nunn and John Caird. The Staged Concert is directed by James Powell and Jean-Pierre Van Der Spuy and conducted by Alfonso Casado Trigo.

The critically acclaimed new full production of Les Misérables which opened in January 2020 is planned to re-open at the Sondheim Theatre on 25 September 2021 as long as the Government has withdrawn social distancing allowing full capacity audiences and has made a contingency insurance available for the theatre and music industries in the event of any more sudden unscheduled closures. All plans for the re-openings are in accordance with the Government’s latest directives and therefore subject to change.