Having seen the show before, it is difficult not to compare the current cast with their predecessors, but I would challenge any Legally Blonde fan to find a flaw with the current production. Sheridan Smith originated the role of ‘Elle Woods’ and I think it would be very difficult to find anyone that would perform as well as she did in the role, but Faye Brookes came very close. Brookes, who previously made her West End debut in Grease, was outstanding in all aspects, but perhaps her strength is her ability to ‘connect’ with the audience. Throughout the various scenes she frequently looked to make eye contact with people in the audience and to ensure that they were part of her journey, and she succeeded effortlessly.

Iwan Lewis added his own particular style to the character of ‘Emmett Forest’ and he portrayed the somewhat quirky character extremely well. There is no doubt that Brookes and Lewis provide a strong lead partnership for the show.

I was also impressed with Lewis Griffiths who played the parts of ‘Kyle/Chad/Dewey’ and who has the difficult task of following in the footsteps of the extremely talented Chris Ellis-Stanton, who originated the role. Griffiths was fabulous and immensely entertaining. “I’ve got a package” goes down as humorously as ever!

Gareth Gates has the task of playing the shallow ‘Warner Huntington III’ and he captured the essence of ‘Warner’ very well, with his rendition of Serious being a highlight.

Tracey Penn portrayed the role of ‘Vivienne’ and she was exceptional in playing Elle’s intelligent and sophisticated adversary.

The remainder of the lead roles were all performed extremely well with strong support throughout the cast.

If you haven’t been to see the touring production then you really should, as it is a first class musical. The vibrant and enthusiastic cast ensure that Legally Blonde The Musical is a fun-packed show that has you smiling from start to finish. 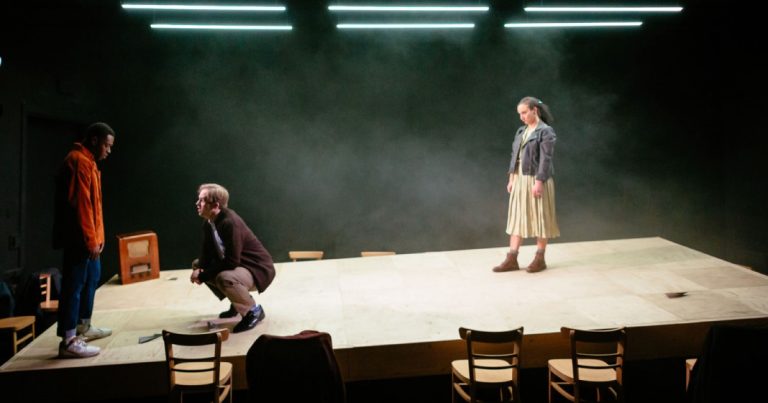