Henry Wadsworth Longfellow once wrote about a little girl. “When she was good / She was very good indeed, / But when she was bad, she was horrid.” Such conduct seems to apply to many people in the life of Billy Casper (Simon Stallard). A large number of other characters are taken on by ‘The Man’ (Rob Pomfret), including Billy’s older brother Jud, their mother, and miscellaneous pupils and members of staff at Billy’s school.

The events in Kes (Casper rears a kestrel and calls it Kes, which appears to be his only friend, such is the rough and tumble of both school and home life) may be of a previous generation but hold much relevance today. There are at least two reasons for this. The first is that the sort of school experience encountered by Casper, in the days when teachers caned pupils, with or without justification, is still within living memory for many people. The second is that, as certain news reports recently have made clear, bullying and harassment extend far beyond the school playground, and it is likely that elements of Billy Casper’s story would resonate with audience members.

There are quite a few adaptations of A Kestrel for a Knave by Barry Hines (1939-2016), including a film directed by Ken Loach, and Kes! The Musical by Terry Davies. According to Davies’ website, the cast required for a full production of the musical comprises eight men, three women “and about 25 teenage schoolchildren”. This production of Robert Alan Evans’ play makes do with two men, and with a running time of just over an hour, there are, inevitably, sections of narrative from the novel that don’t feature or are truncated in some way.

The salient points are all there, however: the sympathetic teacher, for instance, who, having taken an interest in Casper’s hobby in looking after Kes, goes as far as meeting Casper outside school to witness the bird of prey for himself. As far as I recall the precise mining region was unspecified, but after the play’s most critical incident, Casper seems to want to forget everything about his lousy, traumatic childhood, which he believes he can do by reversing an earlier decision not to seek employment in the mines, with a view to throw himself into his work and do as many hours as his body can handle. It sounds fanciful (because it is fanciful), but it is difficult not to feel sympathy for the boy whose joy and pleasure was so cruelly taken from him.

It’s all very convincing, even without an actual kestrel of any kind to see at all – neither puppet nor projection. Instead, the audience must use CGI – collective group imagination – and in the spinning of the lure and looking up to the sky (well, all right, the ceiling), Stallard’s Casper does well to capture the moment. And yet, the production refuses to be an assertion of nostalgia – I couldn’t help thinking that if I lived out in the country, and had the time to dedicate to rearing a kestrel, I might follow in Casper’s footsteps, get hold of a ‘how to’ book and give it a go myself.

The intimate nature of the play means it works better in studio spaces like this one than it would in a large proscenium arch theatre. This is a show that takes the audience through the full gamut of human emotion, and boy, does it take flight. An incredibly watchable production.

Billy Casper is 15 years old. Bullied at school and unhappy at home, he doesn’t fit in.
But when Billy comes across a wild kestrel and realises he can train her, he discovers a new life above the small Northern mining town in which he lives. Together they learn to fly and Billy finds friendship and hope – until one snap decision and an unplaced bet change things forever.
Kes is the story of Billy’s heart. How it came to beat and how it came to break. The Jack Studio Theatre presents the Off West End premiere of this powerful adaptation of Barry Hines’s much-loved modern classic, A Kestrel for a Knave, which was published fifty years ago in 1968.

Kes is produced by the same team behind The Wolves of Willoughby Chase, The Haunting and Shipwrecked! 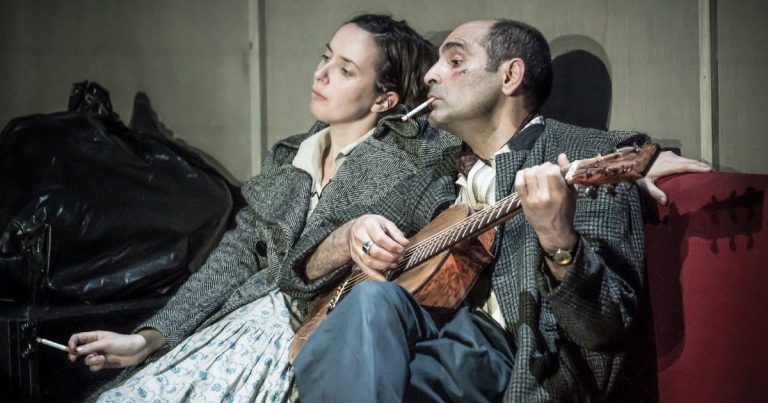 THE TWO CHARACTER PLAY was Tennessee Williams’ only play to receive its premiere in the UK – in 1967 at Hampstead Theatre, where it is now being revived. Felice and Clare are two actors on tour and are also brother and sister. In a decrepit theatre in a small town they find themselves deserted by… 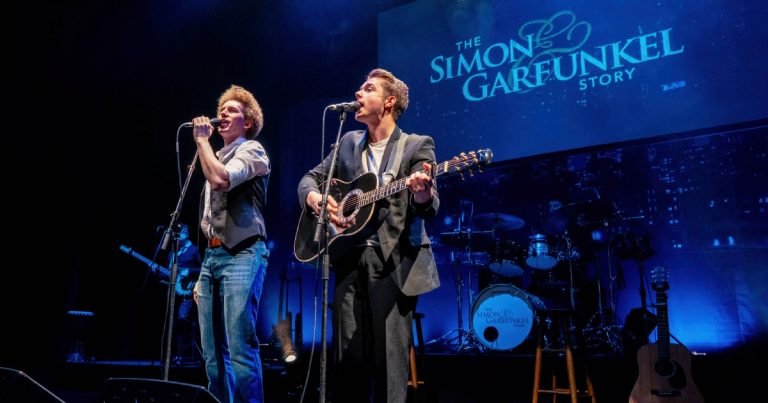