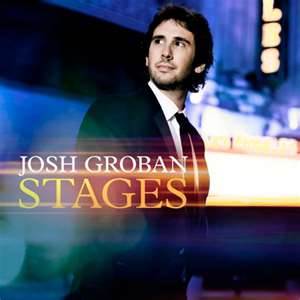 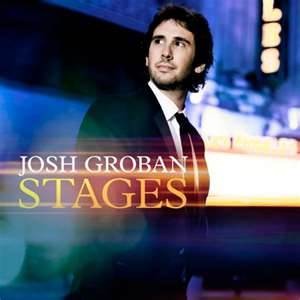 Musical theatre has come a long way from the elitist days of being an art form for the more well-to-do of society, and has perhaps never been more accessible to a wider audience than it is right now. It appeals to more than just established theatregoers, as non-musical fans are being exposed to the joys of the stage in a multitude of ways; the music industry is one such avenue of spreading awareness to the ‘uneducated’. Many recording artists – more than you may even realise – have included songs from the stage on their albums: Celine Dion added her version of the title track from Beauty and The Beast (which featured on the end credits of the Disney animated film) on her 1999 album All The Way; Barry Manilow covered ‘Memory’ from Andrew Lloyd Webber’s musical Cats on his 1982 album Here Comes The Night; Faith Hill sang a beautiful version of The Wizard of Oz classic ‘Over The Rainbow’ on her 2001 album There You’ll Be, and more recently, Nickelodeon star-turned-pop star Ariana Grande duetted with Mika on a remix of ‘Popular Song’, which is based on the hit Wicked number ‘Popular’. These are just a very few examples of music artists who have incorporated musical theatre into their catalogue of songs and helped to create a further-reaching appreciation for the genre. Others have taken an extra step towards that by releasing ‘stagey’ albums, exclusively featuring covers of musical theatre classics: Legendary diva Shirley Bassey has often covered musical theatre songs in her repertoire of work, and has also released several albums dedicated to the genre, such as the 1993 EMI album Shirley Bassey Sings the Songs of Andrew Lloyd Webber; Britain’s Got Talent’s Susan Boyle, who famously stunned the judges with her audition song ‘I Dreamed A Dream’ from Les Miserables, chose a musical theatre-based track listing for her 4th studio album, Standing Ovation: The Greatest Songs from the Stage, in 2012; former Girls Aloud band member Kimberley Walsh turned to stage and film musicals as inspiration for her 2013 début solo album, Centre Stage, which followed her West End début as Princess Fiona in Shrek The Musical, and another former member of a popular girl band, Melanie Chisholm, also released a musical theatre album after working on the stage – the Spice Girl played Mrs Johnstone in the West End production of Blood Brothers and then Mary Magdalene in the Arena Tour of Jesus Christ Superstar, which led to her 2012 album Stages.

Another popular recording artist has turned a love of show tunes into a highly successful album, which shares the title Stages with ‘Sporty Spice’s’ album. Josh Groban, internationally acclaimed American vocalist and multi-platinum selling recording artist, took the world by storm with his self-titled début album back in 2001, and his appeal has only grown with each that has followed since – that includes his most recent release. His 7th studio album, Stages, features Groban covering a hand-picked selection of some of the greatest songs in musical theatre history, beginning with ‘Pure Imagination’ from the film musical Willy Wonka & The Chocolate Factory and moving through such other classic numbers as ‘What I Did For Love’ from A Chorus Line, ‘Bring Him Home’ from Les Miserables and ‘Over The Rainbow’ from The Wizard of Oz. There’s also a great Stephen Sondheim mash-up of ‘Children Will Listen’ (Into The Woods) and ‘Not While I’m Around’ (Sweeney Todd) and duets with Kelly Clarkson on ‘All I Ask of You’ (The Phantom of the Opera) and Audra McDonald on If I Loved You (Carousel). He also included his spine-tingling rendition of ‘Anthem’ from Chess which, let’s face it, had to feature in the track listing after ‘that’ performance in Chess in Concert at the Royal Albert Hall.

A musical theatre-themed album is not so much of a leap for Groban, who actually has his roots in the genre; he studied musical theatre and drama and first sang in public at the age of just seven years old, after being chosen to sing a solo of ”S Wonderful’, written by George and Ira Gershwin, for his school’s cabaret night. He is already a favourite with musical theatre fans after making his UK stage début in a concert production of Chess at the Royal Albert Hall in May 2008, playing ‘The Russian’, Anatoly Sergievsky. He actually first played the role in a 2003 Actor’s Fund of America benefit performance, but this time it was on an altogether larger scale as he appeared as part of an all-star cast that included Idina Menzel (Florence), Adam Pascal (‘The American’),  Kerry Ellis (Svetlana), Clarke Peters (Walter), Marti Pellow (The Arbiter) and David Bedella (Molokov) in what Tim Rice declared to be the ‘official’ version of the musical. Chess in Concert was recorded and subsequently released on DVD and CD, with Groban being universally praised for his strong vocal performance and a powerful and memorable rendition of ‘Anthem’.

Theatre fans have been appealing for Groban to return to the stage ever since in a musical theatre role, so Stages is certainly a move in the right direction and one which is likely to greatly please them. His voice more than does justice to these timeless musical theatre classics and gives listeners a further taste of just how spectacular he would be on Broadway or in the West End. It’s certainly not out of the question, as he has talked about the possibility of doing just that at some point in his career. The Huffington Post carried an interview with Groban on 29th April 2015 in which he discussed the album, and his ambition to return to his musical theatre roots:

“It’s always in the back of my mind. I don’t want to do a stunt casting thing, where I jump in and it’s been on for a year. I want to workshop it with a cast. I want to start a classic show like ‘Chess’. I think that to be an original cast member of a show that’s new like that, you have to work from the beginning. I have more dedication and respect for it than to jump in out of nowhere.”

Many singers in the music industry have lent their voices to musical theatre, but none have done it quite so well as Josh Groban. I’ve listened to Stages numerous times now, and find new things to love about it every time. Musical theatre fans should definitely check this album out as it is a fantastic way to help pass the time while we wait for Groban’s (hopefully) eventual transcension to the spotlight of the stage.