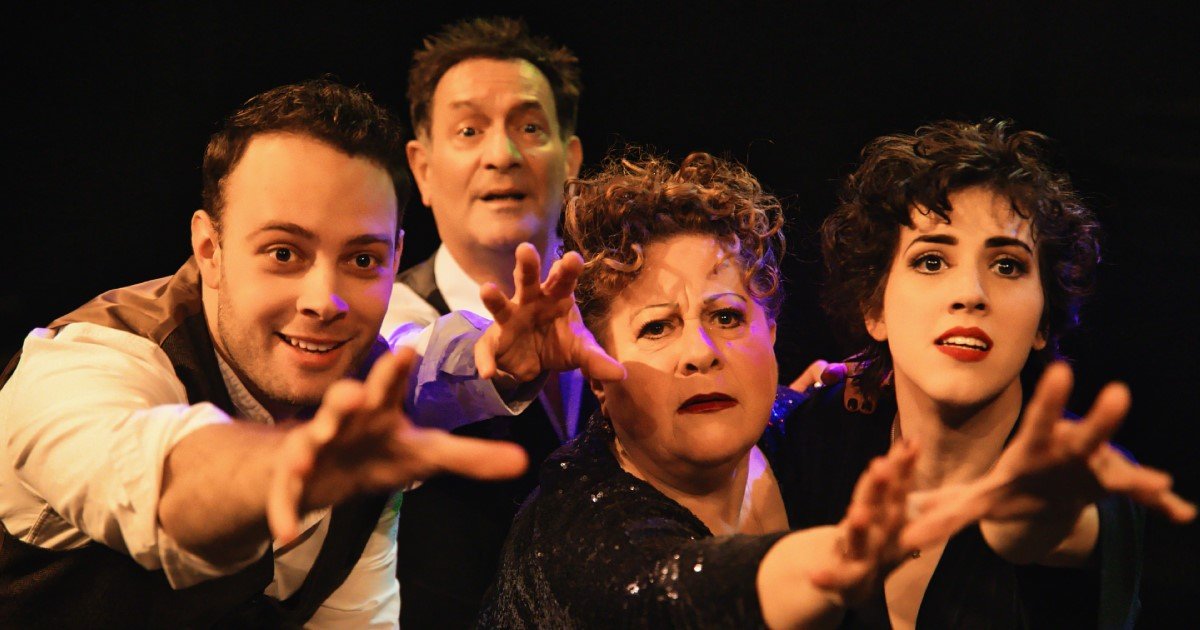 Chris Burgess’ Jewish Hollywood is like a musical essay – but instead of being a heavy-handed play of ideas, it’s a light-hearted – but wildly informative – narrated musical revue. The idea that attending a vibrantly relayed song-and-dance history lecture would be entertaining is novel – yet it succeeds in both informing and entertaining with unique appeal. It’s not surprising that the jumping-off point for this two-act musical comedy documentary was a long-read newspaper article. Burgess bravely takes ownership of the achievements, conflicts and compromises of the Jewish immigrants who shaped the golden age of Hollywood as we know it with a strong sense of the wider historical context on which it developed – with twists and turns worthy of some of the silver screen’s greatest dramas.

As a thesis, the work is fascinating. With a four-handed cast taking turns as both narrators and performers, director and choreographer Cressida Carré delivers some outstanding set pieces, such as a 3-minute version of The Jazz Singer with plenty of self-mockery and entertainment value. Enacted by both the two younger cast members, MacKenzie Mellen and Jack Reitman, and Sue Kelvin and Howard Samuels as the older generation, most of the show’s send-ups are excellently rendered. Other sketches that illustrate a particularly stellar artist’s contribution are less successful. Samuels struggles to find the Grouchoness (and therefore the humour) in his Groucho Marx. Mellen is given a huge set piece of a Barbara Streisand number (Don’t Rain on My Parade) that demands a level of virtuoso musical impersonation that seems almost unfair to ask of anyone – for that is why Ms Streisand is the legend that she is. In the main, the musical numbers are fun and well-acquitted but a few solos and the finale of The Way We Were veered towards the shouty – letting down the generally high-quality feel of this production. Nonetheless, the 4-strong cast are watchable and fizz with good theatrical chemistry. Reitman and Mellen’s dancing is solid and adds further gloss to the show.

Joseph Ed Thomas’ lighting, with a Hollywood sign gobo and sculptural film set lamps, serves almost as part of the set and creates a natty mood. I did wonder, however, if he could have gone further to vary focus and ambience for an even richer texture. Amir Shoenfeld’s band tunefully keeps the show lively and celebratory, whilst offering more sombre stylings for the darker periods of history.

There is something very winning, original and smart about this production. Various numbers inspired spontaneous sing-along moments from the audience. I suspect some of the vocal issues will be resolved as the production gains steam – it’s worth checking out for a fun-filled but edifying outing.

The Jews of Hollywood invented the ‘American Dream’. Although they came from poverty-stricken shtetls, they ended up in Californian mansions. And they sold the world a ‘Technicolor’ fantasy version of American life.

Jewish Hollywood, playing at Upstairs at the Gatehouse in Highgate, from 16 March – 17 April. 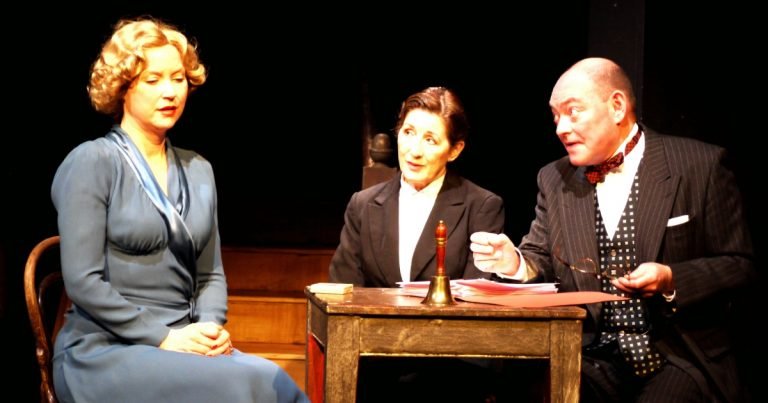 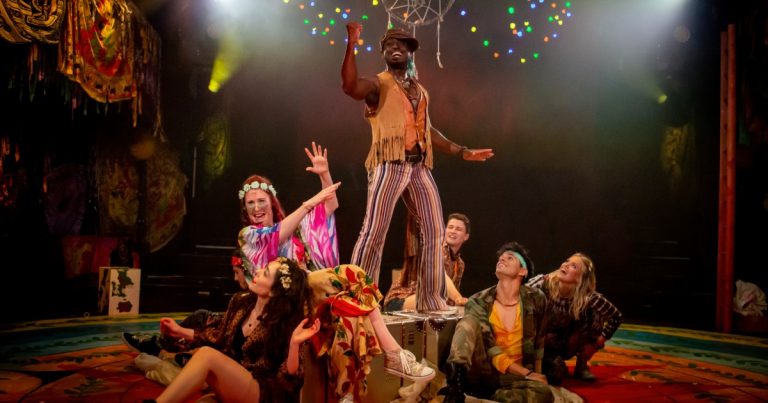 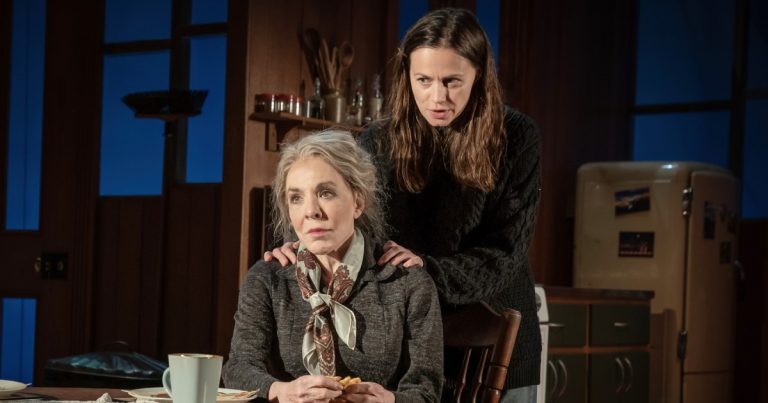