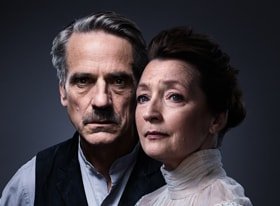 Considered one of the most powerful American plays of the 20th century, the production will play a strictly limited 10 week West End season at Wyndham’s Theatre from 27 January to 8 April 2018.

The Tyrones’ summer home, August 1912. Haunted by the past but unable to face the truth of the present, the Tyrones and their two sons test the bonds of a family caught in the cycle of love and resentment. As day turns to night and the family indulge in their vices, the truth unravels leaving behind a quartet of ruined lives.

Jeremy Irons said “Over forty years ago I saw Laurence Olivier play James Tyrone. I never dreamed I would one day be given the opportunity to play him myself. I am so glad I have the chance to work again with Richard Eyre and Lesley Manville on this, one of America’s greatest plays.”

Lesley Manville said “Shortly after Richard Eyre and I worked together on Ghosts he asked me if I’d be interested in doing Long Day’s Journey Into Night with him at Bristol. Ghosts is a big, emotional and epic play but not even that prepared me for the challenge of O’Neill’s masterpiece which is, by far, the hardest play I have ever done. But at the same time thrilling. I cannot wait to play those scenes again to a wider audience. O’Neill is a genius and Richard Eyre’s production gives nothing but credit to this classic American family saga.”

Richard Eyre said “I’m excited that I’m having the opportunity to revive a production that I loved. We had a wonderful time doing this play in Bristol and it’s marvellous to be able to share the production with audiences in the West End.”

Jeremy Irons plays James Tyrone. A Bristol Old Vic Theatre School graduate, he began his professional career on the Bristol Old Vic stage in 1969. After years of success in the West End, Irons made his Broadway debut in 1984 opposite Glenn Close in The Real Thing, which won him a TONY Award. An internationally renowned actor, he is well known not only for films such as The French Lieutenant’s Woman, The Mission, Reversal of Fortune, Being Julia and Lolita, but also for the variety of his work – everything from The Lion King to The Borgias. He is one of only a handful of actors to have won an Oscar, a Tony and an Emmy for his work.

Lesley Manville plays Mary Tyrone. An award-winning actress, she is a frequent collaborator with director Mike Leigh, winning the London Film Critics’ Circle Award for British Actress of the Year for her work in both his 2002 film All or Nothing and his 2010 film Another Year, for which she also won the National Board of Review Award for Best Actress. Manville’s extensive stage career includes roles in Top Girls (Royal Court 1990), Les Liaisons Dangereuses (RSC 1986), His Dark Materials (National Theatre 2005), Pillars of the Community (National Theatre 2005). and Six Degrees of Separation (Old Vic 2010). In 2012, she was nominated for an Olivier Award for her role in Leigh’s play Grief (National Theatre 2011), before going on to win the 2014 Olivier Award for Best Actress for her role in the revival of Ghosts (Almeida 2013) directed by Richard Eyre.

Director Richard Eyre is widely considered to be the UK’s greatest living director. Eyre was director of the National Theatre between 1987 and 1997. His most noted theatre productions include Hamlet (twice), with Jonathan Pryce at the Royal Court in 1980 and Daniel Day-Lewis in 1989; Richard III with Ian McKellen; King Lear with Ian Holm; Henrik Ibsen’s John Gabriel Borkman with Paul Scofield, Vanessa Redgrave and Eileen Atkins; and numerous new plays by David Hare, Tom Stoppard, Trevor Griffiths, Howard Brenton, Alan Bennett, Christopher Hampton and Nicholas Wright. He also directed the musical Mary Poppins in London and on Broadway. He has been the recipient of numerous directing awards including five Olivier Awards, including an Olivier Lifetime Achievement Award, and awards from The Directors’ Guild of Great Britain, the South Bank Show, the Evening Standard and the Critics’ Circle. In November 2013, he once again won the Evening Standard Award for Best Director for Ibsen’s Ghosts starring Lesley Manville at the Almeida Theatre. This production transferred to the West End and to Broadway.

Richard Eyre is joined by set designer Rob Howell who has designed sets and costumes for numerous plays and musicals in the UK, in London and on Broadway over a 20-year period. Howell has won three Olivier Awards for Best Set Design. The most recent of these was for his work on the Royal Shakespeare Company’s Matilda the Musical, for which he was nominated for a Tony Award. International Lighting Designer Peter Mumford has been working in theatre for over 40 years. He is a two-time Olivier Award winner, with work in the West End including Top Hat, Much Ado About Nothing, An Ideal Husband, The Lion in Winter and Absent Friends. He has recently worked with Chichester, Sheffield Crucible, Royal Court, Almeida and the Peter Hall Company.

Sound Designer John Leonard ran the sound department at Bristol Old Vic from 1970 to 1976. He went on to join the Royal Shakespeare Company and in 1984 he was made the company’s first head of sound and an associate artist of the company. He works regularly for the Almeida Theatre in London, for whom he is Sound Associate, as well as the National Theatre and in the West End.

Ramin Karimloo is an Iranian-born Canadian vocalist and performer who has made a significant impact in London’s West End for his portrayals of the Phantom and Raoul in The Phantom of the Opera, and Jean Valjean, Enjolras, and Marius in Les Misérables. In 2010, he originated the leading role in Love Never Dies in the… 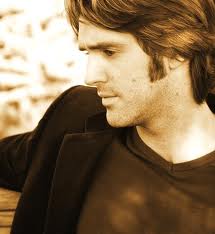 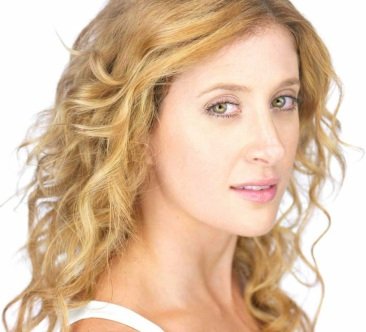 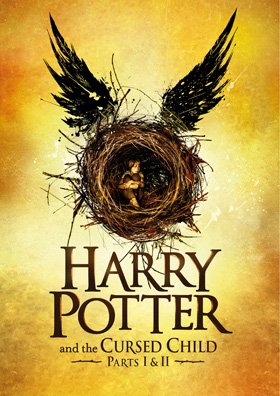 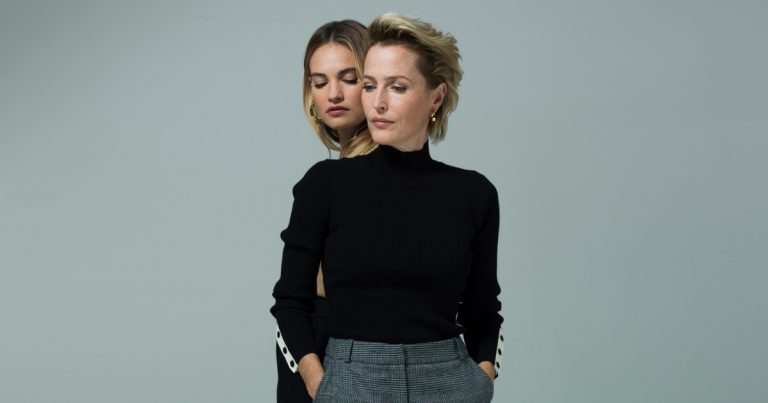