The true story of Count Carl von Cosel and his ‘true love’ Elena Hoyos is indeed stranger than any fiction one could imagine. It is also an unsettling and grisly tale, and told through witty one-liners and comedic Musical Theatre becomes even more bizarre.

The book, music and lyrics are by award-winning Jill Santoriello (for the Broadway Musical ‘A Tale of Two Cities’). It promises much but despite a very strong, compelling performance from Wade McCollum as von Cosel, sadly does not ultimately deliver. It tries to be witty but isn’t witty enough. It’s an incredibly bizarre story but isn’t bizarre enough (the dream sequences were poor imitations of Fiddler On The Roof and Mamma Mia) and although it’s a story about a man who was possessed by love that drives him to unimaginable extremes, it’s not really a love story at all so the big love songs just don’t connect. There are some pleasant melodies but overall the score is unfortunately fairly bland.

Von Cosel was a very eccentric German immigrant who had emigrated to America via Cuba in 1926, making his home in Zephyrhills Florida. He had married around 1920 and had 2 daughters but left his family in Zephyrhills in 1927 to settle in Key West aged 50, finding a job as an X-ray technician at the local hospital. Many decades previously he claimed to have been visited by visions of a dead ancestor (Countess Anna Constantia von Cosel) who had revealed the face of an exotic dark-haired woman to him and on meeting Elena Hoyos in 1930 she became his true-love obsession as the embodiment of the apparition he had received in his youth.

Tragically Elena had tuberculosis and although not a qualified doctor von Cosel used his knowledge of medicine and science to design a machine to try and ‘shock’ Elena’s sickness away. Despite his best efforts, she died in 1931 and here the story gets very strange and dark and just plain weird.

Cosel paid for Elena’s funeral and built a mausoleum in Key West Cemetery which he visited every night. Completely obsessed and unable to let her go, after two years in 1933 he actually smuggled her dead body out of the mausoleum to his home where he ‘mended’ her decaying corpse with wire and wax and plaster of Paris, replacing her eyeballs with glass eyes. Yes, it’s very yuk and grisly. Telling this story in a musical certainly softens the impact but it still feels really weird laughing at a supposed dead corpse strapped to a bicycle.

The production is simply staged using projections but rather static. The only fully rounded character is Von Cosel and Wade McCollum really does hold the show together with an elegant, intelligent and charismatic performance. His solos ‘Undying Love’ at the end of Act 1 and ‘If You’ve Never Felt This Way’ in Act 2 were beautifully sung. Alyssa Martin as Elena sings well but there is little to define her character apart from being the object of Von Cosel’s obsession. There is no happy ending to this story but the musical tries to give it one which simply does not work. It jars because this is not a story of eternal love and forever looking at stars and sunsets. It Happened in Key West and may be better left in Key West. A bizarre ending to a shocking, bizarre true story and unfortunately no memorable tunes.

Richard Curtis crossed with Tim Burton, funny, shocking and deeply moving, this new American musical will make you re-examine what you believe about the nature of love, loyalty and commitment (either to a person or an asylum!).

It Happened in Key West is inspired by true events that rocked the tiny island of Key West, Florida, in the 1930s. After decades of searching for his dream girl, eccentric scientist Carl finally finds Elena, only to lose the young beauty to the fatal disease of tuberculosis. But for Carl, the eternal optimist, death is only the beginning. He steals Elena’s body from the graveyard and takes her home, embarking on the most ambitious “fixer upper” project in history as he tries to bring his beloved back to life…

Broadway actor Wade McCollum (The Wizard in Wicked) is Carl and Alyssa Martyn is the tragic love of his life, Elena.

Wade McCollum was recently nominated for a Best Actor Lucille Lortel Award starring off-Broadway as Ernest Shackleton in Ernest Shackleton Loves Me. Previously, he starred as Tick/Mitzi in the first national tour of the musical Priscilla Queen of the Desert and as Hedwig in Hedwig and the Angry Inch, for which he garnered the Los Angeles Drama Critics Circle Award, Backstage’s Garland Award for Best Actor and an Ovation Award for Best Musical. In 2012 Wade was seen Off-Broadway as the Velociraptor of Faith in Triassic Parq – the musical. In New York he also starred as Jeffrey in Jeffrey at the Sage Theatre and as Nestor le Fripe in Irma la Douce at Musicals Tonight.

Alyssa Martyn originated the role of Amelia in the premiere of new musical The Clockmaker’s Daughter (Landor Theatre/St James Theatre Studio). Her other roles include playing Gazer in The Cagebirds (New Wimbledon Theatre Studio), Marty in Grease, Ariel in Footloose, Mabel in The Pirates of Penzance, West End Men (Vaudeville Theatre), and The Mikado (Charing Cross Theatre).

It Happened in Key West has Book, Music and Lyrics By Jill Santoriello, Book and Additional Lyrics by Jason Huza, Book and Original Concept by Jeremiah James. It will be directed and choreographed by Marc Robin, who has staged almost 400 productions across the US, earning multiple awards and nominations. 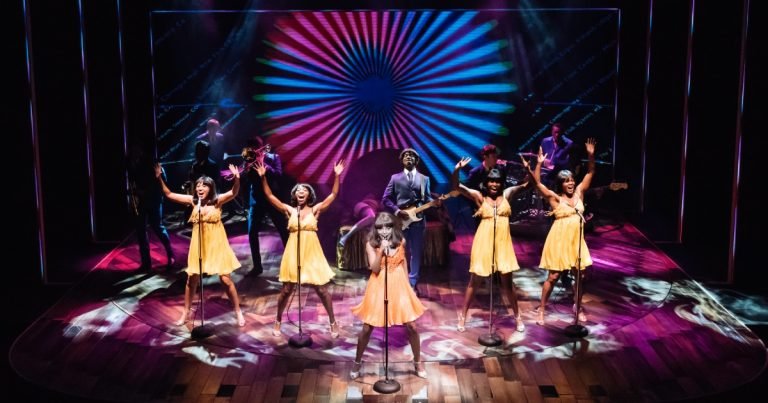