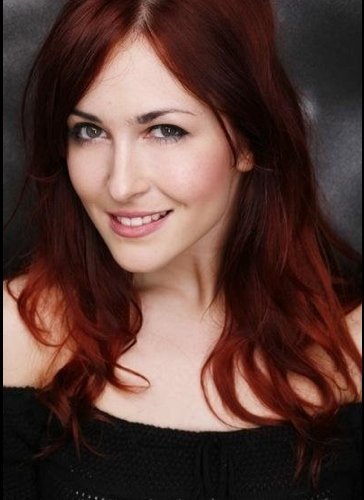 At the time of the interview, Rachel was appearing as the Announcer, Go-To-Hell Kitty, understudy Roxie Hart and as part of the Ensemble in Chicago at the Cambridge Theatre, London. She recently played the lead role of Roxie with a memorable performance.

Since graduating from one of the leading international performing arts colleges, Rachel’s career has continued to impress. Highlights of her career to date are that she has performed on tour in the US, appeared with Kylie Minogue on TV and Alexandra Burke at The O2 Arena, and at present appearing in the West End. 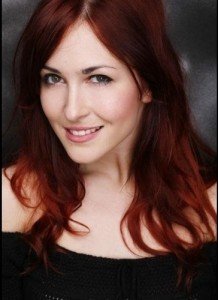 Rachel made her West End debut as part of the Ensemble in Grease at the Piccadilly Theatre in 2007, before moving across the city to the Apollo Victoria Theatre to play the Witch’s Mother in Wicked in 2008. She joined the cast of Chicago in 2010.

I recently went to see Chicago and although Rachel wasn’t playing the lead role, I have to say that I was very impressed with her performance. She has a considerable stage presence and every part of her performance was superb.  Mark Shenton who is a full-time theatre critic and journalist was fortunate enough to see Rachel perform as Roxie Hart and made this comment: “Particular revelation at CHICAGO this afternoon: Rachel Muldoon, understudying Roxie, gave one of best performances I’ve ever seen in the role!”

High praise indeed for an actress that I am sure will continue to excel in everything that she does and will doubtless achieve even greater success in the future.

I recently asked Rachel some questions about herself and her career:

You trained at The Royal Ballet School and then at Laine Theatre Arts, in Surrey, what are your fondest memories from then?
Royal was a very tough time in my life, the pressure at such a young age was unreal but my fondest memories were the laughs that we had in the dormitories, playing tricks on our housemother. (A lady who lives in the school to watch us at night) Favourites would be ones of mischief that I couldn’t possibly tell, but it usually involved stuffing our beds with laundry to fool our housemother that we were in bed asleep… and the rest I am sworn to secrecy!!!!

Laines in comparison was amazing, the freedom for me was so refreshing and doing so many different styles gave me the confidence that I lacked from White Lodge. Fondest memories would of course be ones with friends but the opportunities that I was given dancing on TV shows and on stage taught me so much and gave me priceless experience.

What was it like playing the Witch’s Mother in Wicked?
Aww I loved it, it’s a lovely little feature for someone in the ensemble as you dance a little act a little and sing a little. I used to get so nervous just singing that one line though, my heart would pound as it was coming up. So pathetic. Also the guys who played the father would always try to make me laugh. (Which isn’t hard, if I see a glint in someone’s eye I ‘m gone).

Which style of dance do you prefer and why?
Contemporary, there’s something so amazing about throwing yourself around and really expressing yourself through dance. For me there’s no better way to move to a beautiful piece of music.

How does it feel to be performing in Chicago?
Very rewarding, it’s a very unique show for the ensemble as everyone is featured and crucial to the story. You feel very appreciated as opposed to sometimes just filling a stage. For me it was a dream job from the age of 10 when I first saw the show, and I often have ‘oh my god I did it’ moments when we start All That Jazz, its very empowering.

You have performed as Roxie Hart, the lead character in Chicago, what is it like playing the lead role?
AMAZING! Haha, the build up to going on I find quite stressful as a cover, always anxious that I won’t forget anything but as soon as you’re on there the pressure in your mind disappears and its just so much fun.

Obviously the choreography in Chicago is a major part of the show, how much time do you have to commit to rehearsing and warming up each week?
Once the show is up and running we are rarely in for rehearsals other than cover runs and dress runs for new principles. We constantly receive notes (constructive criticism) from the Dance Captains and Resident Director to make sure our performance stays clean and tidy, as over a period of time it’s very easy for things to change and progress to something that it shouldn’t. We all have a set time on stage to warm up together before the show, lots of people use the time to body condition and work out as the choreography in the show is not very aerobic so its easy for stamina and fitness to drop.

Which is your favourite character in Chicago?
Obviously Roxie and Velma, but I love Billy Flynn. The energy and power of the character really drives the show and I think it would be brilliant to do.

What do you like to get out of a performance to know that it was a success?
For myself just knowing that I did all I could and feeling pleased with my performance, but I guess from an audience point of view as an ensemble member being noticed, remembered and someone enjoying your performance would be a success.

You have performed with Kylie Minogue on her music video Better Than Today, on the X Factor and featured on her Aphrodite Tour, what is it like working with such an iconic figure of pop music as Kylie?
Pretty awesome. For someone so successful she is very humble, down to earth and relaxed to be around. She has a lot of say in the creative side of her work and is a very passionate perfectionist, her energy and excitement is very infectious and she is just a very fun and caring person, and so tiny!!

Do you have a particular role that you would like to play in a musical?
I would love to play Elphaba but vocally it’s a little on the high side!! ‘The aloof’ in Rich Man’s Frug (Fosse) would be a dream or Anita in West Side Story.

Anything else that you would like to say?
Love you Mum x 😉

Thank you Rachel for taking time to answer a few questions. Very best wishes for you and the cast of Chicago, and of course good luck for the future! 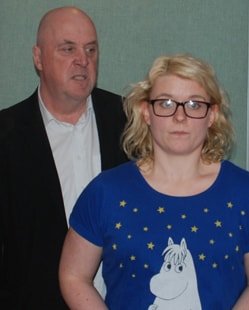