From 18th June Jason will be seen at the Bush 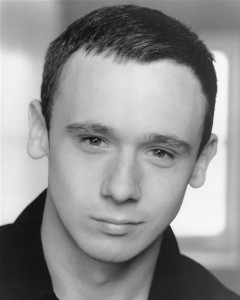 Theatre London starring in Fear, the first ever play by critically acclaimed writer and director Dominic Savage. Jason was born in 1987 in East London, and is a British actor and producer.

Jason recently took some time out to answer a few questions about himself and the new play Fear.

Your acting career began within the TV industry with appearances including ITV’s Touch of Frost and Whitechapel, and lead roles in Channel 4’s The Unsinkable Titanic. What did you enjoy most about these roles and your experiences in front of a camera?
All those early experiences were special, on Touch of Frost I got the opportunity to work with one of my comedy heroes David Jason. Only Fools and Horses was part of my life when I was growing up so getting to work with Del Boy was awesome.
The Unsinkable Titanic was filmed in Canada and I loved every minute of it. I came back thinking that my acting work would take me all over the world, but it turns out a lot of British films are set in England.

What have been the highlights of your film career to date?
I think being part of two BAFTA nominated films Shifty and Fish Tank both in the same year was pretty epic. As an actor you’re striving to entertain and do the best work you can so by being recognised by the BAFTA members, well it doesn’t get better than that.

How do you prepare differently for the stage as opposed to film and television?
I think they are very similar, the aspirations are the same. By that I mean to create a character that is based on truth.  Sometimes the performance styles can be different, but Dominic being from a film background means a very similar approach.

You are about to appear in Dominic Savage’s debut play Fear at the Bush Theatre. What can you tell us about your role and the play?
I play a character called Jay, who like many young people has been a victim of his upbringing, he is from an estate in East London, suffers from bad parenting and lack of education, which as a result has led him into crime. What’s interesting about Jason is that he starts off very unsure about what he is doing. He questions the morality of robbing people, and is definitely more of a sheep than a leader. But by the end we see him completely transformed into someone who is heartless and devoid of emotion, the place where he begins and ends is quite dramatic.

Having made your professional stage debut at the Bush, how close to your heart is the theatre?
I never went to drama school, so my early years in theatre really was the place where I learnt my craft. There’s nothing quite like being in rehearsals and really getting time to work on my character, and then the discipline of performing a play night after night is invaluable.  So I have a lot to thank the Bush Theatre for.  I feel quite special to have worked in the Old Bush Theatre and now the new one. I think the new space is beautiful, and the atmosphere is really quite something, and the whole place just has an awesome aura. I’m really excited about artistic director Madani Younis, who like me I think feels that the youth of today don’t believe theatre is for them, he is trying to change that.

Why should everyone come and see Fear?
I think the play will be a very visceral experience and quite unique. But more importantly it’s a Dominic Savage play, the man is a genius and it’s his first theatre production, it’s going to be one of those plays people talk about and you’ll be kicking yourself if you didn’t manage to get a ticket.

Fear has a short run at the Bush Theatre, what further plans do you have for 2012?
I’ve got a film out in cinemas at the end of June called Victim and then another two later on this  year, The Knot and Welcome to the Punch.  Work wise I’ve been offered a comedy film for later on in the year but also maybe doing a bit more theatre but not allowed to announce as yet.

What career ambitions do you have?
So much I still want to achieve, I want to keep improving as an actor giving better and better performances.  There are so many fantastic actors and directors that I want to work with and a BAFTA would be nice.

Do you have any role models that you aspire to be like?
On the acting front I think people like Tom Hardy and Ryan Gosling are pretty special, both consistently picking great projects and putting in fantastic performances.  I also produce films, so people like Harvey Weinstein amaze me, he started off by making independent films and then signed a deal with Disney allowing him to produced films up to £150 million, it’s an incredible story.

Away from the stage what do you like to do to chill out?
Well I’m a huge film buff, so any time I get it’s catching up on movies, plus there is so much good TV both from America and the UK. I love to eat out and keep fit, so between gym and restaurants that’s where you find me, eating the calories then burning them off.

Have you any message for your supporters?
A big big thank you for all the support, thanks for going out and seeing the films, and it’s genuinely lovely seeing all the support on Twitter and Facebook, don’t be afraid to say hi on Twitter! @jasonmaza

Many thanks Jason for taking time out to chat!

Interview by Neil who you can follow on witter @LondonTheatre1

Great Expectations, now playing at the Vaudeville Theatre, is based on the novel by Charles Dickens, a work that has seen many adaptations on the big and small screen. The story is played out on one set, a decaying room filled with cobwebs and dust, with parts of the wall fallen off to make an… 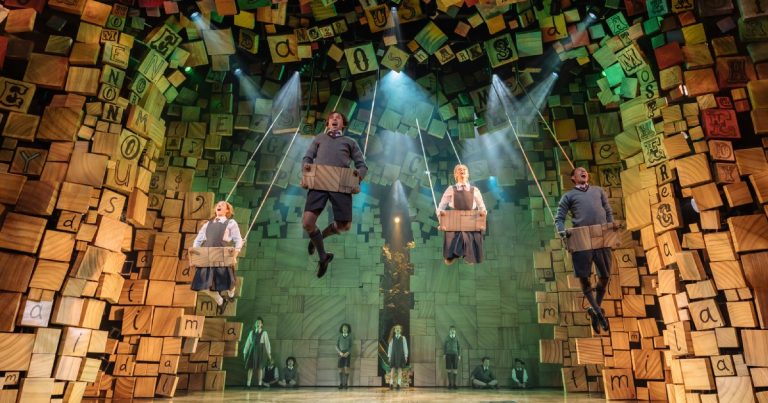 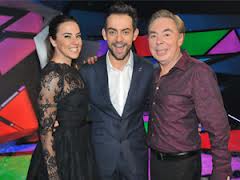