At the time of the interview, David Page was appearing as Fred Casely and understudy Billy Flynn in Chicago The Musical at the Cambridge Theatre, London.

From his early steps in his acting career at the age of four, David trained with the Barbara Speake Theatrical School before joining the Urdang Academy in London, from which he graduated.

From his early stage debut David’s career has continued to progress with numerous stage and screen roles, in the West End and in Europe. 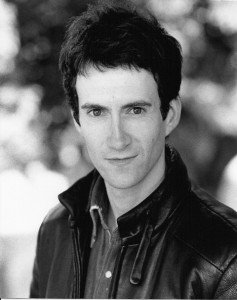 I recently saw David as Billy Flynn and was very impressed with his performance which was stylish in every way. You certainly would not have known that he was the understudy for the role. His stage presence and timing were superb.

Earlier this week I asked David some questions about himself and his career. I hope that you enjoy reading what he had to say.

When did you first decide to embark on an acting career, and did anyone inspire you to be on the stage?
It’s always been a part of my life. I went to stage school from four years old, by the age of six I’d gone to school with Naomi Campbell, lived with Phil Collins’ mother June, landed my first movie with Barbra Streisand (got cut out of my first movie with Barbra Streisand lol) and shot a handful of adverts in the UK. At the time you don’t think anything of it but looking back, it must affect your life.

What were the highlights of your performing arts training?
When I was 18 my college agreed to let me take two terms out and work for a contemporary dance company touring Germany. I learnt an incredible amount about myself and suddenly, performance wise, it all made sense. That job was a real turning point for me that no amount of study could have taught me.

Where did you make your professional stage debut and what was it like?
Darren Days ‘Summer Holiday’, I was covering the 2nd male lead and it was at the height of Darren’s career. He had so much talent and was a real quick thinker. It taught me how a talented celebrity works a live audience

You toured as Ren in Footloose on a European Tour, what is it like being on tour?
You have the opportunity to see the world and get paid for it. We drove through Austria, Italy, Switzerland, Germany, Hungary and Holland. At the time it was tough but looking back it was so much fun.

What is it like performing in such a fabulous show as Chicago?
I’d say it’s the strongest book for a musical. It took a lot of research and time to understand exactly how it should play. But once you get to grips with the style, it’s great fun. Brilliant theatre how it should be done.

How would you describe the characters of Billy Flynn and Fred Casely and how do you put your own style on the roles?
These are two of the best characters in theatre and apart from the ego and confidence they couldn’t be further apart from each other. They both took me months of research and although Fred doesn’t have as much dialogue as Billy it was so important for me to get his back story right, I’ve always wanted to play Fred because deep down I can see similarities. Billy drives the show and it’s all about energy and manipulation, he’s the true villain of the piece but totally lovable. He’s taken the most work to get right but also the most rewarding.

What would be a ‘typical routine’ for you on the day of a show?
My routine would be, to do everything I do different in the lead up to a show so I give myself the opportunity to discover something new.

If you could choose any part in any show, what would it be and why?
MC in Cabaret, it’s one of my favourite shows surrounded by such intriguing times. There would be so much to explore as there’s so many levels to his character. Bob Fosse won the Oscar for Best Director and was up against Francis Ford Coppola for The Godfather which I think speaks volumes. I’d also like to play Iago in William Shakespeare’s Othello. Not only a great challenge, but one of my favourite plays.

Every actor has their own style, has anyone in particular influenced your acting career?
Bruce Lee on a physical, and also philosophical level. He taught me how to transcend expectations. Acting wise would be Sean Penn without question.

You have appeared in film and television.  How does that compare with working on stage, and which do you prefer?
I love the journey in live theatre and I like to feel the audience good or bad. Everything you do is being scrutinised and the pressure produces a beautiful wave of energy through your body. Filming is a different creature, I love having the opportunity to have multiple takes for a scene and you can play and become free.

As an actor, how do you keep your fans happy and also retain a private side to your life?
Fans give you inspiration to keep going and keep believing in what you’re doing. I’m not famous so don’t get mobbed so it’s easy to spend time chatting. I did a TV show in Italy and tasted celebrity lifestyle on a major scale there. I remember waking up on a flight just as we got to Rome with bed hair and dribble running down my cheek, I look up and there were four people standing over me taking photos. And if I went shopping I’d get mobbed for pictures every 100 yards. I loved it because when I came back to the UK nobody knew who I was, best of both like Kingsmill!

What do you do to chill out on a day off?
Spend it with my boy Vincent! He’s 2 in September and every day we learn something new together, he’s my heartbeat.

Chicago is closing at the end of August at the Cambridge Theatre. IF it doesn’t transfer do you have any plans for the future?
I’m currently looking at moving into directing and choreography so will take the opportunities where I can.

Do you have a favourite actor that you aspire to be like?
Gary Oldman, Daniel Day-Lewis, John Leguizamo, Vincent Gallo …a combination of all these and maybe Jude Law’s looks!

Do you have other work that you are involved in as well as Chicago?
I’ll soon be releasing a CD of songs that I’ve written so I’ll be heading off to record those in the next few months. I’m also writing a one man play.

Chicago has its own style of music, but what type of music do you like listening to?
My mp3 goes from Mandy Patinkin to the Deftones so vast taste is an understatement but if I had to choose one band to listen to forever!!!…I’d say The Clash!

Do you have any message to say to your fans?
None of this means anything without you.

Is there anything else that you would like to add?
I’d like to thank Neil at LMTT for all the support he’s shown to us at Chicago and also all the other West End shows. Thank you!

Thank you David for taking time to answer a few questions that I am sure that your fans will enjoy reading! 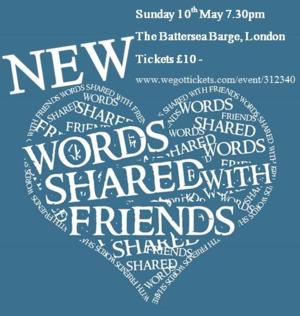 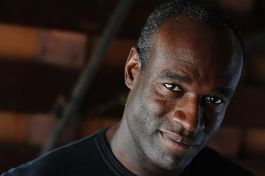