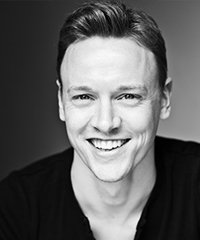 Ask any musical theatre fan what the theatre highlights of 2015 were, and the West End production of Broadway’s Kinky Boots will undoubtedly be named as one of them. One of the most highly anticipated shows to open last year, the award-winning musical has taken the UK by storm since taking over the Adelphi Theatre in August 2015. The musical features the combined efforts of book writer Harvey Feirstein and composer/lyricist Cyndi Lauper, and is based on the 2005 film of the same name, which in turn was inspired by true events.

The original London cast is led by Kieran Donnelly and Matt Henry, but they’re far from the only stars in the company. One shining talent also to be found there is Michael Vinsen, a fast-rising musical theatre performer who has appeared in some of the biggest and best musicals in the West End, and now also appears as the featured ensemble member for this edition of In Profile.

Michael Vinsen received his professional training at Laine Theatre Arts, the prestigious UK performing arts school which is based in Epsom, Surrey and has produced such esteemed stage stars as Kerry Ellis, Ruthie Henshall, Mark Evans and Louise Dearman in its time. He graduated from Laine in 2006 and has certainly achieved much in the seven years since.

He made his West End debut in what was one of his earliest professional stage roles, stepping onto the stage of the Shaftesbury Theatre as part of the original London cast of Hairspray. He played the ensemble role of Brad in the show, which opened in the West End in October 2007 and starred the likes of Michael Ball (Edna), Mel Smith (Wilbur Turnblad), Leanne Jones (Tracy Turnblad) and Ben James-Ellis (Link Larkin). He was also 2nd Cover Corny Collins and 1st Cover Link Larkin. The musical was a smash hit success and won a slew of awards, making it the perfect vehicle for his West End entrance.

He spent two years in Hairspray, and then went on to appear at the Piccadilly Theatre with the hit production of Grease, which enjoyed a four year run at the venue before taking off on a UK Tour to make way for Ghost The Musical. He played the role of nerdy student Eugene in the show, and was also 1st Cover Doody and 2nd Cover Vince Fontaine/Teen Angel.

He said farewell to the West End for a short time after that, putting on his travelling shoes as he embarked on his first touring show. He was part of the company of the award-winning Legally Blonde, which launched a UK Tour in 2011 following its closure at the Savoy Theatre. The production initially starred Faye Brooks as Elle Woods, in a cast which also included Liz McClarnon, Neil Toon and Dave Willets. Once more in an ensemble role, Vinsen was also given the chance to understudy Iwan Lewis in the principal role of teaching assistant and love interest, Emmett.

He returned back home to London following his time on the road, and with his return came his first full-time principal role. He was cast in the musical Bare, which was to make its European debut at the Union Theatre in April 2013. The rock-pop musical by Damon Intrabartolo (music) and Jon Hartmere (book and lyrics) is a story of teenage love which deals with the issues of identity, sexuality and religion in the setting of a Catholic boarding school. Vinsen played the leading role of Peter opposite Ross William Wild as his secret lover Jason, with Lilly-Jane Young (Ivy) and Dale Evans (Matt) also featured in the cast. The production, directed by Paul Taylor-Mills and featuring choreography by Racky Plews, was a critically acclaimed success, and after its sell-out run at the Union, transferred to the Greenwich Theatre for a limited engagement between 9th and 27th October 2013. Vinsen and Wild reprised their roles as Peter and Jason.

The year 2014 brought new and exciting challenges his way, as he joined the West End production of the Tony and Olivier Award-winning musical, The Book of Mormon, at the Prince of Wales Theatre. He played his first performance as an ensemble member in the new, updated cast on 3rd February 2014, and over the course of the year he spent there, also appeared on-stage as part of the principal line-up at times as he understudied one of the show’s two main leads: Elder Price.

His other stage credits include We Will Rock You (Theatre 11, Zurich), Ugly (LTA Studios), Dick Whittington (Theatre Royal, Wakefield) and Snow White (New Victoria Theatre, Woking). He has also performed at several of the seasonal charity cabarets, A Merry Christmas Cabaret, (most recently in the 2015 event at the Delfont Room on 1st December), and appeared at Lauderdale House as part of their Cabaret in the House spring 2014 line-up, hosting his own cabaret alongside supporting artist Madeleine McMahon. His television credits include Laurence in Abigail’s Party (sitcom training project for ITV), Royal Variety Performance (ITV), Hairspray the School Musical (Sky 1), This Morning (ITV) and The Paul O’Grady Show (ITV). He also performed with the company of Kinky Boots for Children in Need 2015.

He can currently be found at the Adelphi Theatre as part of the original London cast of smash hit musical, Kinky Boots. He plays the ensemble role of Richard Bailey and is also understudy to the lead role of Charlie Price. He has also been performing as Harry on-stage this past week.

Michael Vinsen is a performer who has proven himself an invaluable addition to any cast, and is always a treat to watch, whether performing in or out of the West End. He continues to hone his craft with every new experience and his delight at being on the stage is evident to any audience. He has suffered adversity in his personal life, openly revealing his battle with cancer, but has emerged the other side victorious and with a determination to be admired. This bright, young talent is a rising star of the stage, and one who will surely reach further heights of success in his future career. 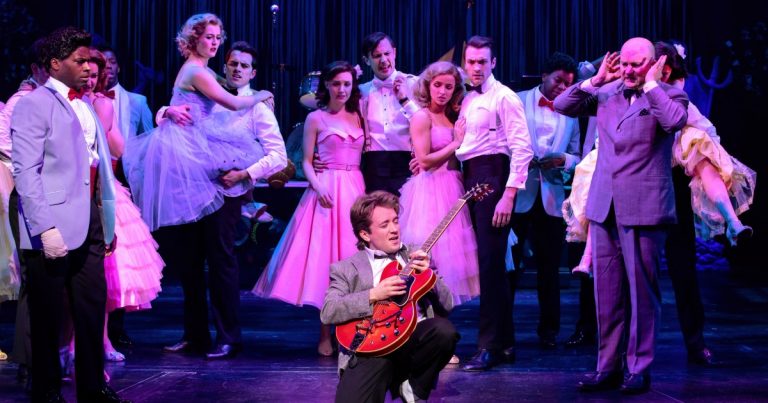 Due to overwhelming demand, lead producer Colin Ingram, together with Robert Zemeckis and Bob Gale, the creators of the Back To The Future film trilogy, are delighted to announce that BACK TO THE FUTURE The Musical’s performances at the Adelphi Theatre in London’s West End will extend to 12 February 2023. The critically acclaimed Olivier,… 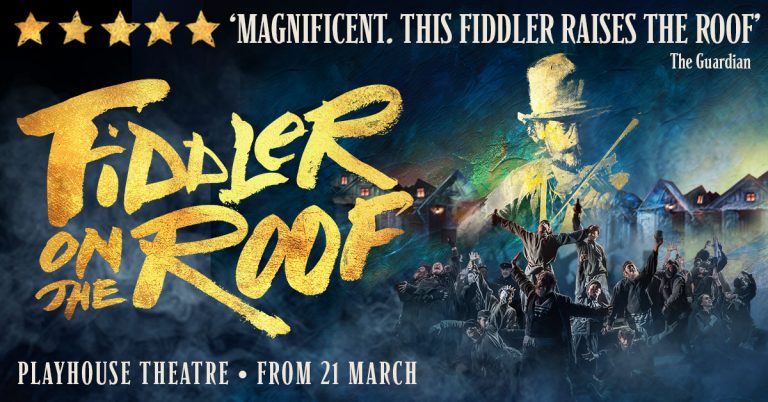