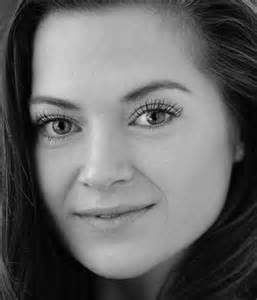 The Chichester Festival Theatre production of Gypsy has been met with nothing but the highest of praise, both in its original Chichester run and its current stay here in the West End. Also on the receiving end of that praise has been the show’s star, Imelda Staunton, in the iconic role of Mama Rose. Well deserved it has been too. There is not a weak link in the entire cast however, with each and every member deserving of being praised for their performances – that includes cast member Clare Halse, who is featured in this edition of In Profile.

Clare Halse is a graduate of Arts Educational Schools, London. The Chiswick-based performing arts institution is one of the most famed in the country, and with good reason as many West End leading men and ladies have passed through its doors on their way to stardom, including Samantha Barks, Will Young, Sarah Brightman, Nigel Harman, Danielle Hope, Oliver Thompsett and Bonnie Langford have all passed through its doors. Since graduation from ArtsED, she has performed in an array of stage productions all around the country – including four major West End shows – and accrued numerous touring and international credits as well.

One of her first ever professional performances was in a production of Peter Pan at Grimsby Auditorium in Lincolnshire, which can accommodate an audience of up to 2000 people. She played the role of Wendy in the show. She was also one of the ensemble singers for Good Thing Going – Simply Sondheim, the 2007 concert performance at Cadogen Hall celebrating the works of composer and lyricist Steven Sondheim. Accompanied by the Royal Philharmonic Orchestra, she and fifteen other hand-picked ArtsEd singers joined the rest of the cast to perform numbers from such Sondheim musicals as A Little Night Music, Sweeney Todd, Company and Follies.

The following year, she appeared in an ensemble role in the Chichester Festival Theatre production of Meredith Willson’s The Music Man. She performed alongside Brian Conley in this revival of the 1957 Broadway musical, and also understudied the supporting role of the mayor’s eldest daughter Zaneeta. She ended 2008 with a Christmas performance at the West Yorkshire Playhouse, playing the role of Liza in Peter Pan – A Musical Adventure and covering the roles of Wendy, Mrs Darling and Tigerlily. Featuring a score by the renowned British composing team of Stiles and Drewe, this revived version of the show (first seen at Birmingham Rep the previous year) was a hit with family audiences and a cast recording was later released, on which she also features.

She made her West End debut as part of the 2009/10 company of hit musical Wicked at the Apollo Victoria. Her first West End role was an ensemble one, and from there she embarked on another first: a UK tour production. She travelled the country in the touring production of Hairspray, this time as part of the principal line-up in the role of Amber Von Tussle. Also starring Laurie Scarth Michael Ball, Les Dennis and Liam Doyle, the tour was launched at the Wales Millennium Centre, Cardiff in April 2010.

She returned to the West End in 2012 to join the West End production of Shrek The Musical at the Theatre Royal Drury Lane. She played the role of fairy-tale creature Tweedle Dee in the show, which also featured fellow ArtsEd graduate Dean Chisnall (who took over the title role from original Shrek, Nigel Lindsay). She was also 2nd Cover Teenage Fiona.

Shrek The Musical left the Theatre Royal Drury Lane following its final performance on 24th February 2013, but she continued to perform there as part of the original London cast of the venue’s next production: Charlie and The Chocolate Factory. The stage musical of the popular Roald Dahl story opened there on 25th June 2013 (following previews from 22nd May) starring Douglas Hodge as Willy Wonka, alongside Nigel Planer, Clive Carter and Jasna Ivir. Halse appeared in the ensemble as one of the Oompa-Loompas and was also 2nd Cover Mrs Teevee.

She left after a year in the show and was next seen in the Chichester Festival Theatre’s critically acclaimed revival of Gypsy. She played Majorie May and understudied the role of Dainty June. Directed by Jonathan Kent and starring Imelda Staunton in the iconic role of Mama Rose, the production enjoyed a sell-out month-long run from 6th October to 8th November 2014.

She then travelled to Paris to take on the leading female role of Kathy Seldon in the international production of Singin’ in the Rain at Theatre du Chatelat, starring alongside Dan Burton, Daniel Crossley and Emma Kate Nelson in the show’s fifteen performances running from 12th to 26th March 2015. Upon her return, she headed straight back into the West End to reprise her role in the Chichester Festival Theatre’s Gypsy, which is where she can currently be found as Marjorie May/Toreadorable. The production transferred to the Savoy Theatre for a West End run on 28th March 2015 (press night was on 15th April) and closes on 28th November 2015.

She will next be seen reprising the role of Kathy Seldon when Singin’ in the Rain returns to Theatre du Chatelat at the end of November. The rest of the original cast from the March run also join her – including Gypsy co-star Dan Burton – in Paris, where the show is set to run over Christmas from 27th November 2015 to 15th January 2016.

Clare Halse is a talented stage actress who already has some notable credits on her CV. She has appeared in a number of major productions – both in and out of the West End – in the course of her career so far, and starred in several leading roles during that time. When she returns from her latest one in Paris, one can only hope she’ll find another in London’s West End.