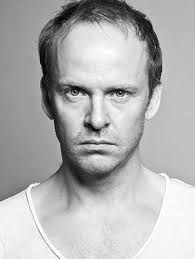 So after months of theatre fans offering varying and premature views on I Can’t Sing! The X Factor Musical, they finally have something to solidly base their thoughts on as the show began previews at the London Palladium this week. When press night comes around, the critics will be passing their judgements on whether or not the show itself has the ‘X Factor’, but until then, it is the preview audiences who’ll deliver the early indications of whether this comical parody of the ITV singing competition will ultimate succeed or fail in the West End. The X Factor is well known for the countless number of decidedly untalented wannabe singers that audition in the deluded hope of finding fame and fortune, which is why the biggest laugh in I Can’t Sing! is perhaps not to be found in the script at all, but instead on the stage with the show’s decidedly uber-talented cast… who most definitely can sing. One such company member who falls into this bracket is Brian McCann, who also appears here as the featured ensemble member in this week’s edition of In Profile.

The Irish actor attended the prestigious Mountview Academy of Theatre Arts in London, the leading performing arts institution which has turned out some of the West End stage’s top talents. The list of Mountview alumni includes such names as Tom Lorcan, Julie Atherton, Jon Robyns, Leanne Jones, and Oliver Thornton…and of course, Brian McCann.

He has accrued a rich and varied collection of theatre credits since graduating from Mountview and embarking upon a professional career on the stage. He has performed in a number of the biggest and best musicals in the West End in the course of said career, including Queen’s We Will Rock You (Dominion Theatre) which marks one of his earliest West End appearances. He was part of the 2008/09 company playing the role of Rebel Leader, while also doubling as 1st cover for the principal roles of Pop and Khashoggi. One of his other notable West End credits comes courtesy of long-running classic musical The Phantom of the Opera. He became a familiar face at Her Majesty’s Theatre, first in the role of Passarino and later returning to the show as a Swing. During his time there, he also understudied the more prominent character of Passarino and the star role of The Phantom, playing both onstage on numerous occasions to great reception.

McCann is also well experienced in the challenge of performing on the move, having been involved in an assortment of touring musical productions over the years. He played Brick in the UK Tour of Jerry Springer – The Opera, which launched at the beginning of 2006 in Plymouth seven months after the closure of the West End production. He also understudied the roles of Dwight/God and Montel/Jesus, appearing alongside American actor Rolf Saxon as infamous chat show host Jerry Springer. Other roles in touring productions include playing Riff Raff in director Christopher Luscombe’s UK Tour production of The Rocky Horror Show and an ensemble credit in the UK Tour of The Who’s Tommy, in which he also covered the role of Lover.

He was most recently seen in the Tim Rice/Andrew Lloyd Webber musical Jesus Christ Superstar  as it took to the road for its first ever arena tour and also features in the filmed live performance which was released on DVD. He played the role of the Priest in the show, which starred Tim Minchin, Melanie Chisholm and Chris Moyles in the celeb line-up led by Superstar winner Ben Forster as Jesus. Prior to that, he appeared in the Chichester Festival Theatre’s award-winning production of Sweeney Todd before its West End, performing as part of the show’s ensemble while also covering and playing the roles of Pirelli and Beadle Bamford.

In addition, he has been involved in several fringe theatre productions, including The Fantasticks at Jermyn Street Theatre, Spelling Bee at Catford Broadway and Let Us Fly at The King’s Head. He also took part in the workshop performance of Our House, playing the role of Joe Casey.

Some theatre fans may also have seen him perform in other theatrical-based events, such as the fundraising cabaret he and the rest of the Phantom company staged at the Delfont Room for West End charity organisation The Make A Difference Trust (MADTrust) back in 2011. I was actually assisting MADTrust in the running of that evening so had the opportunity to witness the cast member’s performances first hand, including his solo rendition of ‘What Am I Doin’?’ from Closer Than Ever. He has taken part in such other concert/cabaret events as Ireland’s Three Tenors and Hey, Mr Producer! He also co-founded the Unsung cabaret series, producing and performing in the Billy Joel Unsung and Divas Unsung cabaret nights in 2013. The next event takes place at the Leicester Square Theatre this Sunday (9th March), entitled Andrew Lloyd Webber Unsung.

Brian McCann is currently appearing as a swing in the original London company of brand new show I Can’t Sing: The X Factor Musical at the London Palladium. A performer of the highest quality, he has proven himself a wonderful addition to every show he has been performed in and is more than deserving of being picked out of the throng of West End ensemble members to  have his talent highlighted here in this edition of In Profile.