Passion is one of the most important things when it comes to the West End. Every cast member is there because performance is their passion and every show there exists because someone’s passion inspired it. Out of all the musicals currently playing in the West End, the one which comes under this umbrella more so than any other has to be The Phantom of the Opera. Andrew Lloyd Webber’s most successful musical, Phantom is a story of love, obsession and desire and every aspect, from each of the characters to the score, is driven by passion – as are its cast. The life of a performer is not an easy one and if you were to ask any one of them why they do it, they would most likely tell you it was simply for the love of the stage. That love unites the cast members with each and every audience member who comes to see them perform. Theatre fans have been passionate about Phantom for over 25 years, and it was passion that led every single cast member currently in the Phantom company to Her Majesty’s Theatre, including this week’s featured ensemble member for In Profile: Ben Morris.

Ben Morris’ journey began in the town of Tallaght, Dublin that was his childhood home. The Irish actor discovered a love of performing early and joined Harolds Cross Talaght Music Society at the age of just 12, as well as jumping at the chance to take part in the various musical productions at school. As he grew, so did his determination to do this for living. He became involved with the Now & Then Production Company and Festival Productions in his teenage years and went on to study Drama (the Independent Theatre Workshop) and Singing (the Royal Irish Academy of Music). In 2004, he took a big leap of faith and left Ireland to pursue his dream of a career on the stage when he was accepted at the Mountview Academy of Theatre Arts. Based in London the leading UK drama institution has produced many stage stars over the years and it has certainly put Morris onto the right path. He graduated from Mountview’s 3-year Musical Theatre course in 2007 and hasn’t looked back since.

One of his earliest roles post-Mountview also marked his official West End debut. Morris was in the ensemble of a revived production of Fiddler on the Roof at the Savoy Theatre which received good reviews from critics. In addition to his ensemble duties, he understudied the roles of rebellious student Perchik and eldest daughter Tzeitel’s love interest, Motel. That same year, he also performed at the Union Theatre as Michael Dara in a production of The Shadow of the Glen, the J. M. Synge play in which a man who suspects his wife of having an affair fakes his own death to test her commitment to their marriage.

He returned home to Dublin for the festive season, appearing in a panto production of Cinderella at the Gaiety Theatre as Dandini. Following that, he then embarked on his first tour when he hit the road with the Irish tour of 1963 musical Oh! What a Lovely War. He played a variety of roles in the show, which uses popular war-time songs to comment on the events of World War I.

Morris made the decision to base himself in Ireland once again in 2009. After the tour of Oh! What a Lovely War ended, he played one of Jesus’ 12 Apostles, Peter, in a concert staging of Jesus Christ Superstar at the National Concert Hall in Dublin. He then played the title role in the Jack and the Beanstalk pantomime at the Cork Opera House.

In 2010, Morris auditioned for the project that he is probably now most well known for. He entered the TV talent search, Fame: The Musical, which aired on RTE and aimed to find a leading man and lady to play the principal roles of Nick and Serena in the planned Irish touring production of Fame. The show followed the same suit as Andrew Lloyd Webber’s TV casting competitions, which have found unknown talents to star in such musicals as The Sound of Music, Joseph and the Technicolor Dreamcoat, The Wizard of Oz and, most recently, the arena tour of Jesus Christ Superstar. Morris sailed through the live rounds, ending up in the bottom two only once throughout the course of the show. He won the role of Nick through the public vote in June’s Final and went on to star with the show’s female winner, Jessica Cervi, in the Irish tour, which was launched at the Grand Canal Theatre, Dublin later that same year.

He saw 2010 out with another panto stint, performing at the Cork Opera House once again to play the Prince in Snow White and the Seven Dwarves this time. Then in February 2011, he returned to London to begin rehearsals for his next job: the new Gary Lloyd production of Hair! As part of the production’s original company, he appeared on stage as a Tribe member and also covered the roles of Claude and Berger. The new version of the musical was first staged at the Raboteatre in Hengalo before it transferred to the Ahoy Theatre in Amsterdam for Hair Live at Ahoy. Plans for the production to tour the UK in 2012 were cancelled and instead it played a 2-week engagement at the Deutsches Theatre in Munich, Germany, coming to the West End for one night only in an exclusive performance at the Piccadilly Theatre in aid of the Help for Heroes charity.

Morris’ other theatre credits include Listen to my Heart (Smock Alley, Dublin) and work shops of Sleeping Beauty the Musical (Sadler’s Wells), The Promise, Risen and His Story (King’s, Portsmouth). He has made film and TV appearances in The Tudors, Divestment, Delphine and Devined and was a vocalist with the house band on The Voice of Ireland, also featuring on the finalists’ singles.

He is now back in the West End, residing at Her Majesty’s Theatre with the company of The Phantom of the Opera. He joined the current cast in September 2012 and performs an ensemble role in the show – he can be seen playing the Hairdresser in the Il Muto scene – as well as covering several more prominent roles, such as Piangi. Ben Morris has amassed a varied list of theatre credits since entering the professional industry in 2007 and, not only made a name for himself, but also earned a reputation as a hard-working, talented stage performer. His passion led him to where he is today, and hopefully, it will carry him on to higher places in the future. 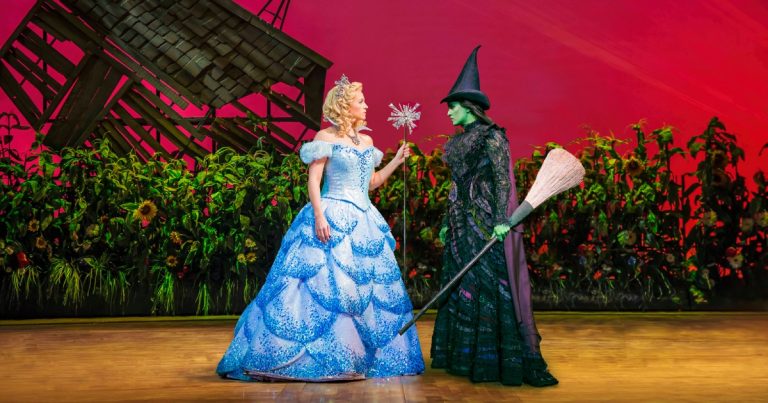