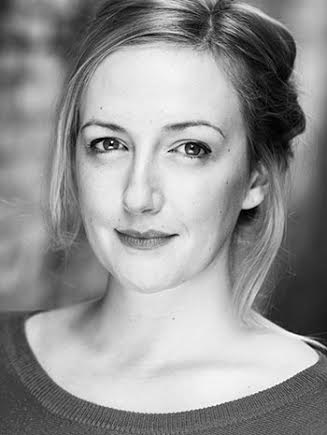 From Here To Eternity and Stephen Ward, the respective musicals of Tim Rice and Andrew Lloyd Webber, both play their final performances today as they bow out of the West End after less than successful runs. Over at the London Palladium though, I Can’t Sing! The X Factor Musical has just had its official opening night and received a majority ‘yes’ vote from the judging panel of the theatre critics. It’s too early to predict the long-term future of this new musical of course, but it has gotten off to a flying start and so far proved wrong those who doubted the entertainment value of a stage musical based on TV talent competition The X Factor. The super cast of I Can’t Sing! is a big part of that success, with high praise especially going to powerhouse vocalist Cynthia Erivo, who plays main contestant Chenice. The principal cast includes such top notch names as Nigel Harman, Simon Bailey, Victoria Elliot and Simon Lipkin, and the supporting cast contain some equally talented performers; performers like Alex Young, who is also the featured ensemble member for this week’s edition of In Profile.

Alex Young is a talented young actress who has a very promising career in theatre ahead of her. She began her journey to the West End stage by studying Music at King’s College London, before being accepted to the Royal Academy of Music (RAM). During her training, she performed in such productions as Titanic (Kate McGowen), Sunday in the Park with George (Dot/Marie) and A Little Night Music (Desiree) and won the Stephen Sondheim Student Performer of the Year competition before graduating from the school’s post-graduate Musical Theatre course in 2010.

Upon entering the professional world of theatre one of her first jobs was in Femme Fatale, a song cycle by Israeli composer Nadav Wiesel which took place at the Upstairs at the Gatehouse theatre. She then travelled to the Channel Islands with a production of smash hit musical The Buddy Holly Story, playing the role of Vi Petty in the jukebox musical which featured such 50’s hits of the singer as ‘That’ll Be The Day’, ‘Peggy Sue’, ‘Johnny B. Goode’ and ‘La Bamba’. The year was then rounded off by a stint in panto, with Young appearing as Fairy Fortune in a production of Sleeping Beauty at the Beck Theatre.

More projects came her way in 2011, following the end of her time in the Land of Pantomime. She featured as a soloist in a special presentation for Stephen Sondheim at the Laurence Olivier Awards that year, and directed a production of Gilbert and Sullivan’s Ruddigore at the Tabard Theatre to great acclaim, which also featured the choreography of Kris Manuel and a cast comprised of RAM graduates. She then embarked on her first UK Tour, joining the touring company of Andrew Lloyd Webber’s revival of The Sound of Music which launched in 2009 following its closure at the London Palladium. She performed as part of the ensemble team in the show, which starred Verity Rushworth as Maria and Michael Praed as Captain Georg von Trapp. Fellow I Can’t Sing! cast member Jenna Boyd also appeared in the role of Frau Schmidt. Young was also involved in a subsequent production of the Rodgers and Hammerstein classic at Kilworth House which included Rebecca Caine, Helena Blackman and Ian Knauer in the cast.

Most recently, she appeared in the revival of High Society which toured the UK in 2013, playing the role of Liz Imbrie. Her other theatre credits include singing with the John Wilson Orchestra in the Rodgers and Hammerstein Prom at the Royal Albert Hall, also performing there as part of the Elton John and Ray Cooper concert. Last November, she hosted her solo cabaret at the Leicester Square Theatre and has appeared in such other venues as Wilton’s Music Hall and The Pheasantry, also performing with the harmony cabaret group she co-founded, named The Three Little Maids. In addition, she has just made the shortlist of the 2014 Stiles & Drewe Best New Song award with ‘Temporary’, the song she co-wrote with Kate Marlay and which is taken from their concept musical Here. She was also involved in the workshop performance of The A-Z of Mrs P in 2011, a musical fable inspired by the autobiographies of Phyllis Pearman, the woman credited with first creating the A-Z street map of London. The musical is now running at the Southwark Theatre and stars Isy Suttie as Mrs P, Frances Ruffelle as her mother and Michael Matus as her father.

She is now currently appearing in brand new musical I Can’t Sing! The X Factor Musical at the London Palladium, where she performs in the ensemble and also appears on stage as Brunhilde. The musical features a book by comedian Harry Hill and music/lyrics by Steve Brown in a creative team which also includes director Sean Foley and choreographer Kate Prince. The Royal Academy of Music has produced such stage stars as Lesley Garret, Fra Fee, Rosemary Ashe and Sarah Lark, to name a few, and Alex Young is well on her way to becoming a well-known West End name herself. A wonderful talent, this performer is one to watch as she has an incredibly bright future ahead.