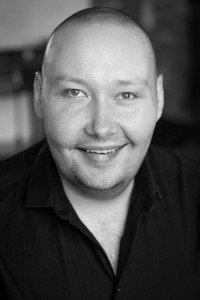 There are theatres in the West End that have a variation of shows in residence, while others seem happily set up with permanent tenants. The Queen’s Theatre is one of the later, having provided a home to Boublil and Schönberg’s Les Miserables for the past ten years. The award-winning musical moved to its current home on Shaftesbury Avenue in April 2004, and remains one of the most popular draws in town. There has been a huge number of stars on the stage of the Queen’s in the years since the show transferred there, with such names as John Owen-Jones, Ramin Karimloo, Alfie Boe, Matt Lucas, Samantha Barks, Geronimo Rauch, Hadley Fraser, Alexia Khadime, Earl Carpenter and Sierra Boggess having been part of the Les Mis family in the Queen’s Theatre chapter of its story. The current company is led by Peter Lockyer (Jean Valjean), David Thaxton (Javert), Celinde Schoenmaker (Fantine), Tom Edden (Thernadier), Wendy Ferguson (Madame Thernadier), Carrie Hope Fletcher (Eponine), Emilie Fleming (Cosette), Michael Colbourne (Enjolras) and Rob Houchen (Marius), but as always, it’s not just about the principal cast. In Profile is all about recognising the talent and contributions of the West End’s ensemble members, and this edition puts the spotlight on Les Mis ensemble member, Adam Pearce.

The Portsmouth-born actor spent four years with the National Youth Music Theatre before attending the Guildford School of Acting (GSA), the training ground of such other stage stars as Michael Ball, Caroline Sheen, Daniel Boys and Willemijn Verkaik. He is a 2005 graduate of GSA, where he not only earned a 1st Class BA Hons, but the Principal’s Award for Musical Theatre too.

Since his drama school days, he has gone on to appear in a wide variety of theatrical productions and is fast becoming a well-known West End name, having been involved in a number of shows here in the heart of Theatreland during the course of his career. One of his earliest post-graduate roles was in the original London revival of Evita, which opened at the Adelphi Theatre in June 2006, starring Elena Roger as Eva Peron, Philip Quast as Juan Peron and Matt Rawle as Che Guevara. Pearce performed in the ensemble as Andres d’Alessandro and was also 2nd Cover for the principal role of Juan Peron, remaining with the show until its closure in May 2007.

He was back at the Adelphi two months later when Andrew Lloyd Webber’s revival of Joseph and The Technicolor Dreamcoat opened, following the televised search for a new leading man to play Joseph (Any Dream Will Do) which resulted in the 25-year-old Lee Mead winning the role. Pearce joined the show in the ensemble role of Baker/Issacher and was also the understudy Jacob/Potiphar/Guru, once again remaining with the show until its final performance in May 2009.

It could be said that he has a special relationship with the Adelphi Theatre, as his next West End role took him back there for Andrew Lloyd Webber’s Phantom sequel, Love Never Dies. The much talked-about musical, which starred Ramin Karimloo, Sierra Boggess and Joseph Millson as The Phantom, Christine and Raoul respectively, made its world premiere at the Adelphi on 22nd February 2010 with Pearce playing his first permanent principal role. He originated the role of strongman and Phantom ‘minion’ Squelch, which he’d earlier played in the workshop of the show. It was during his time there that I first saw him on stage. A man with an impacting presence on the stage and a strong, distinctive voice to match, his performance as the tattooed side-show freak was memorably entertaining.

Love Never Dies fell short of matching the success of The Phantom of the Opera, and closed on 27th August 2011, after which Pearce travelled outside of London to appear in the Chichester Festival Theatre’s revival of Sweeney Todd: The Demon Barber of Fleet Street. The critically-acclaimed production ran from 24th September to 5th November 2011, and proved such a hit that it subsequently transferred to the West End. The show’s stars, Michael Ball (Sweeney Todd) and Imelda Staunton (Mrs Lovett), reprised their roles for the West End run, as too did Pearce, who appeared in the ensemble and understudied the role of Judge Turpin. It brought him back, once again, to the Adelphi Theatre, where the smash hit show gained equally great reviews during its run between March – September 2012.

In 2013, he appeared at the National Theatre for the world premiere of new musical, The Light Princess. Performing alongside the likes of Rosalie Craig, Amy Booth-Steel and Nick Hendrix, he played Mr Crabbe in the hotly anticipated show, which was positively received. Following that, he played Officer Barrell in the UK premiere of the award-winning Urinetown at the St James Theatre (22nd February – 3rd May 2014).

Other theatre credits include Backing Singer in Rumours of Angels (Portsmouth Guildhall), Soloist in Let It Snow (Youth Music Theatre: UK), Pellinore in Pendragon (NYMT, UK & Japanese Tour), Jud Fry in Oklahoma! (NYMT, Peacock Theatre), Edward Moulton-Barret in Robert and Elizabeth (Guildford Playhouse), Matthew Cuthbert  in Anne of Green Gables, Adam in Godspell (Actors Church), Terry Conner in Side Show (Yvonne Arnaud Theatre), Griffin in Alice in Wonderland (West Yorkshire Theatre), Abanazar in Aladdin (Milton Keynes) and singing with students of the Royal Academy of Music and the London Gay Men’s Chorus in the show finale for Anya Hindmarsh at London Fashion Week. He has also been involved in several workshops, playing Galovitch in From Here To Eternity, Martin in Purience (National Theatre Studio) and Dad in Eugenius, and his film roles include A Tale of Two Cities and playing Brujon in the 2012 film adaption of Les Miserables, including a credit on the soundtracks of both films. He also features on the cast recordings of Sweeney Todd, Love Never Dies and Evita, as well as the forthcoming cast recording of The Light Princess.

Pearce is currently appearing in Les Miserables at the Queen’s Theatre. He played his first performance in the company of the West End’s longest-running musical on 16th June 2014, in the ensemble role of Brujon and Bamatabois, but is also 2nd Cover Javert and Thernadier. He has played both of the principal roles on-stage, most recently performing as Javert on 26th January 2015 and making his Thernadier début on 7th February 2015. This talented show-man is always a welcome addition to the West End and will hopefully be here for many more years to come.