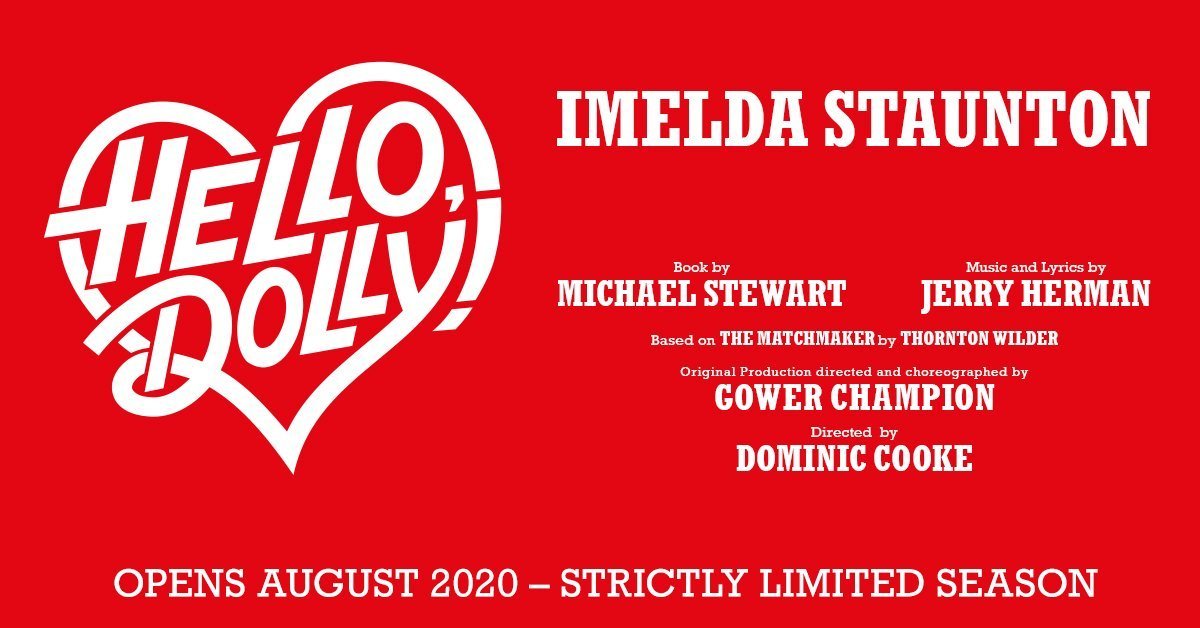 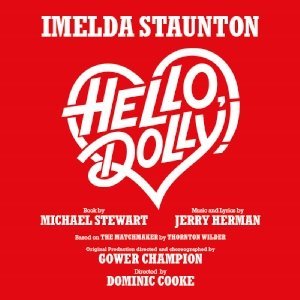 Imelda Staunton is back where she belongs in Hello, Dolly! as one of the most iconic musicals of all time comes to the Adelphi Theatre in 2020. This brand new production reunites Imelda with director Dominic Cooke, following the critically acclaimed production of Follies at the National Theatre.

With an unforgettable score by the legendary Jerry Herman, Hello, Dolly! will begin performances at the Adelphi Theatre in London on Tuesday 11 August 2020 for a strictly limited 30-week season (Press Night: Thursday 27 August 2020). Tickets go on sale today, Friday 22 November 2019.

Multi Olivier and BAFTA Award winning Staunton plays meddlesome socialite turned matchmaker Dolly Levi, as she travels to Yonkers, New York to find a match for the miserly, unmarried ‘half-a-millionaire’ Horace Vandergelder. But everything changes when she decides that the next match she needs to make is for herself.

With music and lyrics by Jerry Herman (La Cage aux Folles, Mack and Mabel, Mame) and book by Michael Stewart (42nd Street, Mack and Mabel, Barnum), Hello, Dolly! is one of the most iconic musicals of all time. Jerry Herman’s timeless score includes ‘Put On Your Sunday Clothes’, ‘Ribbons Down My Back’, ‘Before the Parade Passes By’, ‘Elegance’, ‘It Only Takes a Moment’ and of course, ‘Hello, Dolly!’. 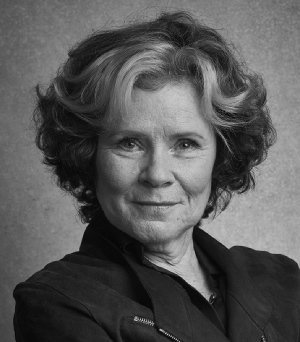 Imelda Staunton commented: “Well, I’m delighted and daunted in equal measure to be doing a new production of Hello, Dolly! in London next year. I am so excited to be working again with Dominic Cooke, Michael Harrison and David Ian, and we all can’t wait to bring Hello, Dolly! – which is a truly joyous show – back to the West End after all these years.”

Further casting for the production will be announced at a later date.

PERFORMANCE TIMES
Tuesday – Saturday at 7.30pm; matinees Wednesday & Saturday at 2:30pm
In the first week of previews there will be no midweek matinee
Extra Performances: Monday’s 7 September 2020, 23 November 2020 and 1 March 2021