Stage Entertainment and Syco Entertainment, the producers of I Can’t Sing! at the London Palladium, have announced that the beginning of preview performances have again been postponed due to a technical problem with one of the show’s sets. Performances were originally due to begin on 27th February, but now it is likely to be some time next week.

The production’s announcement: “An integral part of the stage mechanism for the show’s set is currently not operating correctly and this needs to be resolved before performances can begin at the Palladium. As a result Saturday’s performance has regrettably been cancelled.”

Rebecca Quigley, Producer for Stage Entertainment, said in a statement: “Our teams have been working extremely hard to correct a problem which has developed this week with a particularly intricate piece of technical equipment. Our show features a hugely ambitious set, including a multi-truck system on track embedded in the stage, to allow pieces to move constantly during the performance. This tracking system is not operating correctly and it’s imperative, for the safety of our actors and the quality of the production that we’re committed to delivering, that we take the time needed to resolve this issue.”

“I’d like to offer our sincere apologies to everyone who has bought a ticket for this week’s preview performances and can assure you that everyone at the Palladium is working night and day to guarantee that I Can’t Sing!, in all its hilarious, all-singing, all-dancing glory, will begin previews next week as scheduled.”

Ticket holders of cancelled shows are advised to contact their point of purchase. 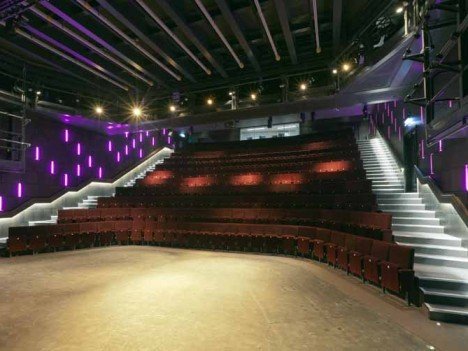