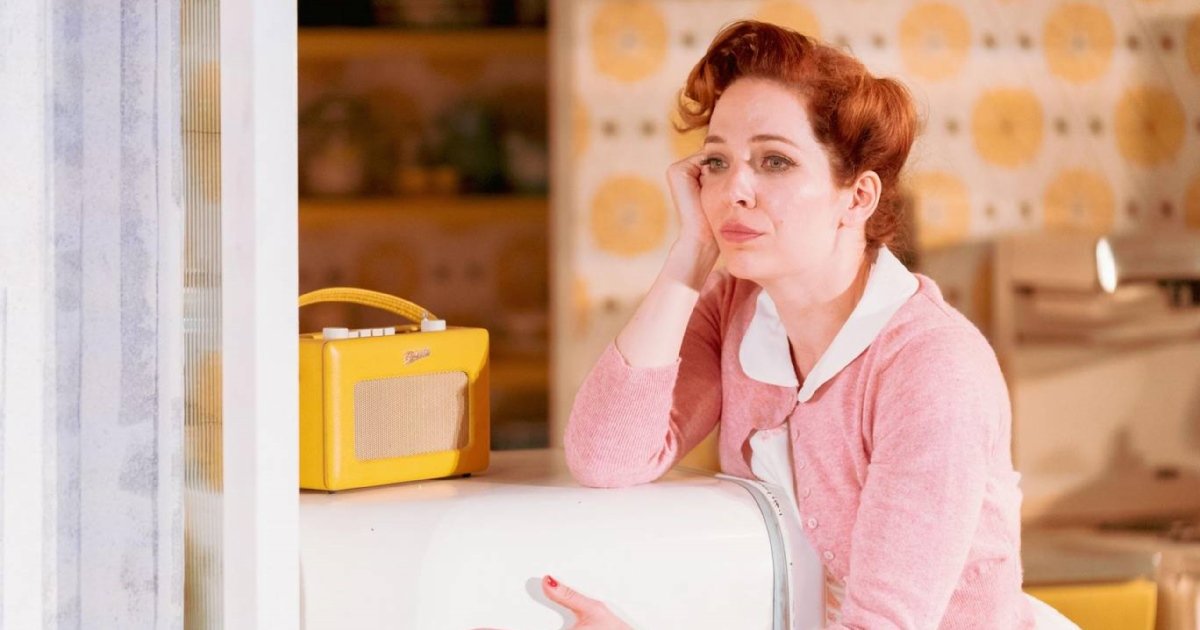 Laura Wade’s new play Home, I’m Darling will transfer to the Duke of York’s Theatre in London’s West End in 2019.

Home, I’m Darling will play at the Duke of York’s Theatre from 26 January until 13 April 2019, with a press night on Tuesday 5 February. Tickets for the West End transfer will go on sale on Friday 9 November. Home, I’m Darling then will tour to the Theatre Royal Bath and The Lowry, Salford, immediately following the West End run.

Katherine Parkinson (The IT Crowd, Humans) reprises her acclaimed role as Judy, in Laura Wade’s fizzing comedy about one woman’s quest to be the perfect 1950’s housewife. Theatr Clwyd Artistic Director Tamara Harvey directs, with design by Anna Fleischle. Further casting to be announced.

How happily married are the happily married? Every couple needs a little fantasy to keep their marriage sparkling. But behind the gingham curtains, things start to unravel, and being a domestic goddess is not as easy as it seems.

Home, I’m Darling, which premiered in the Emlyn Williams Theatre at Theatr Clwyd on 3 July 2018, playing a sold out run before transferring to the Dorfman Theatre on 24 July where it also sold out, has been nominated for Best Play in the 64th Evening Standard Awards, with winners announced on 18 November. 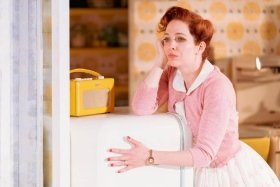 Artistic Director of Theatr Clwyd Tamara Harvey said: “I began this journey with two of the most glorious partners anyone could hope for in Laura Wade and Katherine Parkinson. Several years and children later, we realised Home, I’m Darling in what has been a very happy and collaborative co-production between Theatr Clwyd and the team at the National Theatre. It’s an utter privilege to have the opportunity to revisit the production in the West End and on tour. We are now joined by Fiery Angel, as well as the National Theatre, in realising these next steps, and it’s testament to the strength and quality of our home-grown work in Wales, that our co-production will reach so many across the UK.”

NT Executive Director Lisa Burger said: “We so enjoyed making this hit co-production with Tamara and her team at Theatr Clwyd, the first time the NT and Theatre Clwyd had worked together, and now welcoming Fiery Angel into our partnership to take the show to the West End, Salford and Bath. That so many new plays from the National’s Dorfman Theatre find a further life in the West End is evidence of the skill of the playwrights and creative teams, and their ability to tap into the issues of the day. Laura Wade’s play is a fine example of this, beautifully brought to life, provoking its audiences to both laugh uproariously and reflect on how we lead our lives in the 21st century.”

Katherine Parkinson’s stage roles include Season’s Greetings for the National Theatre; Dead Funny at the Vaudeville Theatre; Before The Party at the Almeida Theatre; Absent Friends at the Harold Pinter Theatre; School for Scandal at the Barbican; Cock and The Seagull at the Royal Court. Her television roles include Humans, The IT Crowd, Hang Ups, The Kennedys, The Honourable Woman, Inside Number 9, In The Club, Sherlock and Psychoville. In film she has appeared in The Guernsey Literary and Potato Peel Society, The Boat That Rocked, St Trinians 2, How to Lose Friends and Alienate People and Easy Virtue.

Laura Wade’s work includes Posh at the Royal Court and in West End, which was later turned into the film The Riot Club for which she wrote the screenplay; an adaptation of Tipping the Velvet at Lyric Hammersmith; Kreutzer vs Kreutzer; and an adaptation of WH Davies’ Young Emma which opened at the Finborough Theatre (where she was a Pearson Writer-in-Residence) in 2003, directed by Tamara Harvey. In 2006 Laura won the Pearson Most Promising Playwright Award and was nominated for an Olivier Award for Outstanding Achievement in an Affiliate Theatre for Colder Than Here and Breathing Corpses.

This production is supported by American Express, the National Theatre’s Preferred Card Partner.