Sitting in the buzzing auditorium of the renamed Noel Coward Theatre last night, I couldn’t help but get an overwhelming rush of joy. Here we are, on a rainy Wednesday evening in a theatre that is packed. Not an empty seat seen. With the success of jukebox musicals and other tourist attraction shows, how magnificent that  a play, probably unheard of by the non-theatre world, in the middle of the week no less, is full to the brim with an audience who know they’re about to see something special – Hay Fever.

The play really begins as we enter the auditorium. The usual thick, red velvet curtain has been replaced with a dusty grey sheet with patchwork and holes. Then, as the lights go down we hear the sensual sound of 1920’s jazz, beautifully atmospheric.

As the sheet rises we see a long legged beauty lazed on a table, posing for a painter. This image, combined with the stunning set, is a visual masterpiece. We are welcomed into a workshop room, full of blank canvases and empty golden frames, a dusty old piano and bric-a-brac furniture that does not match. It is elegant and classy, and makes you wish you had a room just like it.

We quickly discover the model and the painter are brother and sister, Simon and Sorel Bliss (Freddie Fox, Phoebe Waller-Bridge). The rapport between them is magnetic, with fast-paced banter and school-like insults. They are discussing their mother and her latest habitual project, one of the many things she does to entertain herself since retiring from the stage.

Enter – Judith Bliss (played to perfection by Lindsay Duncan). She arrives in from the garden in safari-type clad carrying flowers and an air of brilliant madness.  Dumping the flowers in an old paint pot, she brings up the subject of guests for the weekend and that she shall be inviting a Mr Sandy Tyrell, “He can stay in the “Japanese Room”. The uproar from her children is hysterical as they demand that they had their own guests arriving, who they wanted to stay in the “Japanese room”. There can’t possibly be enough food or room for all these guests.

The relationship between these three family members is a cacophony of “Darlings”, “Dears” and dramatics. Just as we think this family can’t get any madder, a bellowing man appears at the top of the stairs. Mr David Bliss (Kevin McNally), who so far we didn’t know existed. After telling them all to pipe down, he casually announces that he has a ‘flapper girl’ arriving on the 4.10 train, who can stay in the “Japanese Room”. As an audience we are astounded at this family’s madness and the bohemian relationships they hold.

So, arriving at the country house we have Sandy Tyrell for Judith, Jackie Coryton for David, Myra Arundel for Simon and Richard Greatham for Sorel. There’s going to be eight for dinner. And so, the madness ensues. As the guests arrive, the farce continues. We see these poor people ignored, used, shunted and disposed of. It’s like they’re toys for the children to play with, and then when they get bored, they find something else ‘to do’.

I won’t give away what happens when the chaos unfolds, I’ll just say it involves stunning evening wear, badly structured games, swapping of partners, an awkward French song and of course, melancholy drama.

The cast of this comedy are sublime. Lindsay Duncan runs the show as an overdramatic retired actress, who is still, forever, playing a part. She lives, breathes and exudes theatre and will back down from no excuse to play the victim. She is beautiful, charismatic, glamorous and absolutely eccentric.

Her madness is reflected in her children and her daughter, Sorel, is my favourite character in the piece. Phoebe Waller-Bridge plays her outstandingly. Her tall skinny frame, so elegant when we first meet her, turns into a tomboyish awkwardness when around a man. She’s daft and clumsy yet remains consistently likeable. She is so quick off the mark and has an answer for everything – spoilt, gorgeous and stylish. Both children are extremely brat-like and Freddie Fox plays Brother Simon with a camp flamboyance that spreads an ear-to-ear grin across your face.

Clara, the house maid and retired dresser for Judith, is absolutely hilarious. Played by Jenny Galloway, she is the opposition of the household. A larger lady who stomps about the place, answering the maid’s bell through gritted teeth. Not an ounce of glamour in her soul, you feel she stays only because looking after Judith is all she’s ever known.

Sam Callis plays Sandy Tyrell extremely sweetly, a man who wears his heart on his sleeve and is a huge fan of Judith Bliss and becomes an ever bigger fan of her daughter.

Olivia Colman is an excellent Myra, the guest of Simon Bliss’. As an ‘older lady’ for the puppy-dog-eyed Simon, she fits the role perfectly, loving the attention from him and always nonchalant in his presence. Beautifully played, she is truly dumbfounded by the madness of the Bliss family.

Richard Greathman played by Jeremy Northam is also an ‘older type’ visiting Sorel. A true gentleman dressed in dapper suit, he remains polite and conversational for as long as he can. Also a bit of a sexual prowler, he’s certainly a hit with one of the women – for a moment, at least.

Our final guest, Jackie Coryton (Amy Morgan), is our ‘flapper girl’, a very sweet young thing, who gives herself no justice when it comes to intelligence or game playing. The only character with a common accent, she’s a little ditz with a lot of heart. More than once did the audience proclaim ‘Awwww’. Howard Davies must have had a lot of fun directing this play. Its comedy timing and almost too long pauses are perfection and the star studded cast do Coward proud.

I came away grinning, wondering how different social reform in the 1920’s really is from today. We’re all nervous at parties with strangers and we all love a bit of drama in our lives. Doesn’t that make us all a little bit mad?

Watching the first Noel Coward play to be performed in the Noel Coward theatre, with a buzzing audience and an electric cast really was truly – Bliss. 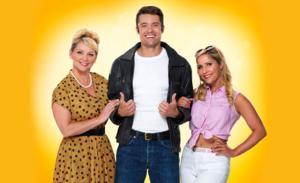 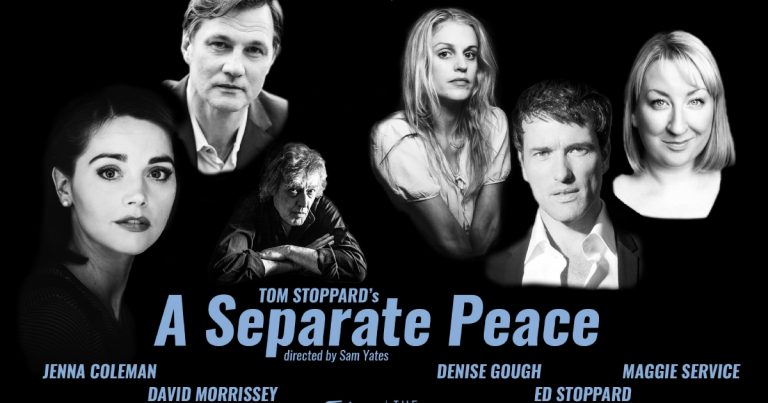 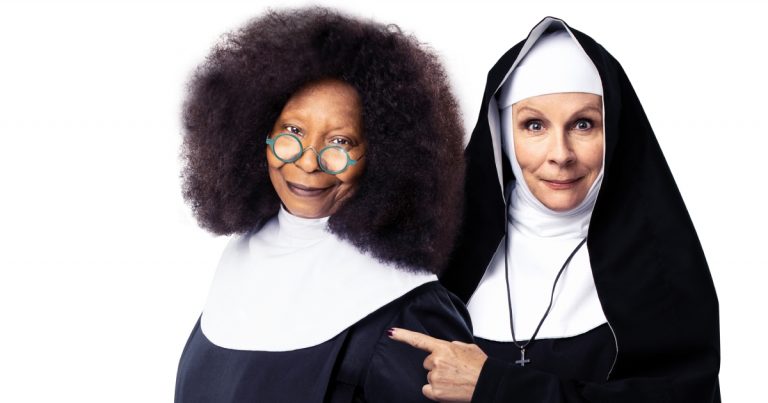