To put Dickens’ novels on the stage is as tempting as it is bold. Tempting because of the books’ innate theatricality of form and manner; bold because so many fine adaptors, directors and actors have been drawn to the rich challenges of their depiction.

In this version, a co-production by Malvern Theatres and the newly formed Tilted Wig company, the interrelated lives of Pip, Magwitch, Miss Havisham and the rest are played out in an ingenious open prison of a set. Designed by James Turner, this device is variously the framing of Joe Gargery’s smithy, the solitary self-confinement of Miss H., and the supposedly gentlemanly London into which Pip is forcibly inducted.

More than that, it serves as an emblematic cage, rigid but all too transparent, in which the society of the time preserved its differentials. Impossible, even perverse, not to see this as an incarceration of sorts, given the shadow which Dickens’s own brief time in the Marshalsea, where his father was held for debt, cast over the writer and his stories.

More than this, when Turner’s stark outlines enclose the Havisham residence of Satis House, they come to represent the tenure of a stalled life as a stranded hulk, foundered on marshes of reproach. Not so much Satis as stasis.

How to do justice to a story whose sub-plots hide, then blaze into view and writhe in unexpected shapes until the very end? Here I am thinking not just of the linkages between the convict Magwitch and his saviour Pip, but also of the denouement involving the piece’s true, long withheld villain, Compeyson.

The problem, as in so much stage Dickens, is stark and familiar: the best of his narrative prose is so powerful that it conjures and envisages all you need to be carried into its places of execution. Yet the plots teem so vitally that a degree of summary is unavoidable if the stage adaptation is not to last all evening and well into the morning.

Hence the awkward need for characters to deliver important chunks of information, sailing uncomfortably close to the role of a narrator and violating the ideal of showing rather than telling. In this respect Great Expectations is as demanding as any, and it is to the adaptor Ken Bentley’s credit that he keeps the retrospective plotting as racy as possible.

This is a Great Expectations in which some thirty characters, smoothly drilled by director Sophie Boyce Couzens, are represented by a cast of just eight, with some admirable, hard-working doublings/treblings etc by Edward Ferrow as Joe Gargery, Raymond, Wemmick, Startop, Officer and Eliza Collings as Mrs. Joe, Biddy, Camilla, Clara, Landlady, Counsellor, Judge.

Indeed the only two characters who get the undivided attention of an actor apiece are Pip and Miss Havisham. As the first, Sean Ayden gives a compelling and sensitive performance, neatly combining the young man’s latent steeliness with the capacity for acute disappointment in his own observations about the world he must navigate.

As the second, the very versatile Nichola McAuliffe pulls off that technically impossible feat of animating a frozen being. Chilling certainly, for which Dickens must take the blame. He would surely have accepted it with pleasure.

Following a terrifying encounter with an escaped convict, young Pip is given an unexpected chance to better himself by visiting the reclusive and mysterious Miss Havisham. In the decaying grandeur of her house, Pip falls in love with Estella and helped by an anonymous benefactor, he moves to the bustling city to pursue his dream of winning Estella’s heart and of becoming part of the educated elite.

Peopled by some of Dickens’ most colourful and memorable characters and painted in rich, vivid colours across a vast landscape of people and locations, this stunning new version promises a powerful and theatrical telling of Dickens’ universally loved masterpiece.

Olivier Award-winning actress, Nichola McAuliffe, leads the cast as the iconic Miss Havisham. Nichola is best known for her role in the long running TV series, Surgical Spirit, the films Tomorrow Never Dies and Chéri and her many stage appearances including Kiss Me Kate for the RSC, The Night of the Iguana in the West End & Alan Bennett’s The Lady in the Van. 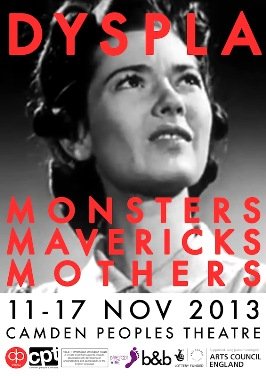 Monsters, Mavericks, Mothers is the title of this years’ DYSPLA festival, which celebrates works by dyslexic artists. From the moment you enter Camden Peoples Theatre, it’s unlike your usual theatre experience. You get given an envelope with cards along with your ticket, and I must have looked very confused, as one of the organisers quickly… 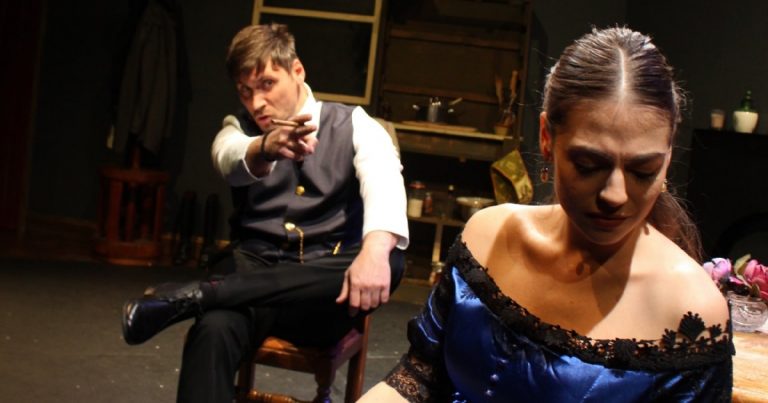 Scandi noir is all the rage on TV. Where does this Scandinavian love for all things dark, disturbing and dangerous come from? Geography would seem to be the most plausible explanation. Living in a part of the world where it’s dark for months on end has given the Scandinavians more than their fair share of…