Goodnight Mister Tom is based on a children’s novel by Michelle Magorian and is set during World War II. William Beech is a young boy who – like many other children from London – is evacuated to the countryside to escape the bombing of London. He ends up in Dorset in the care of Tom Oakley, an ageing loner who has never had to care for a child before. The play stars Oliver Ford Davies as Tom Oakley, with a strong ensemble cast that includes a fair few children.

The children performing in this production are wonderful. The boy playing William is awkward and shy, and not very loud, which is expected for his character. At times he looks absolutely petrified, and probably not just because he’s on a West End stage as a lead role, which is a big task for an 11-year-old boy. He is very believable as the awkward and scared boy who doesn’t know how to handle kindness. He grows in stature by way of posture and volume during the play, and it’s a treat to watch, even on the very few occasions where he flubbed the lines a little.

William has a great counterpart in the slightly older Zach, a dramatic boy with theatrical parents, who draws William out of his shell by sheer determination and energy. The two boys bounce off each other really well, and the moments they have together are amongst the most delightful to watch. When Zach hears the town has an amateur theatre company, he breaks into song and dance. The local community (and audience) are a bit apprehensive at first, but his enthusiasm is infectious and soon we are all enjoying the impromptu show within a show.

But of course the star of the show is Oliver Ford Davies as Tom Oakley. He may be a bit rough around the edges, but he is never a mean Scrooge-like character, as he instantly recognises that William is a troubled soul who has never heard a kind word. His journey from a loner to a father is subtly played with a gentle warmth that never becomes soppy or too much in any way. You can genuinely see how Tom grows to care for this broken little boy, and how through caring for Will, he himself regains a part of his life he thought was lost forever – having a family.

In addition to character acting, we see a great deal of puppetry. The stand-out puppeteer is Elisa De Grey who plays Tom’s dog Sammy and does not break out of character for a second, not even during the curtain call. We are also visited by flying birds and the odd cheeky squirrel. 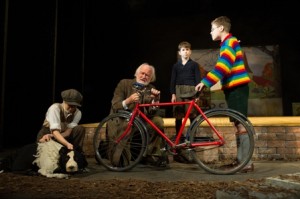 The set is a fairly sparse one, with a platform on the stage that – with the help of a few props – changes from Mr Tom’s front room to his loft, to the theatre and so on. It is rather surprising when in the second act the entire platform lifts to reveal the bleak set that is William’s home, a place with no light or colour, and not even a real bed. It’s a strong contrast to the peace and warmth of Tom’s place and you see William change physically as soon as he returns to the care of his mother. What happens to William in the second act is at times very difficult to watch.

Despite the rather bleak theme, the play is a heartwarming tale set in very serious times, with plenty of British humour in the face of adversity, and the stiff upper lip attitude you expect from the time. But yet the hurt and loss is never far from the surface, and at the end of the play you feel a mixture of contentment for the two lead characters who have found each other, and heartbroken for the loss experienced by several others. It’s a bittersweet ending and a reminder of how fortunate we are to live in these peaceful and prosperous times.

The play is only on for a limited season at the Phoenix Theatre, and is not one you should miss. 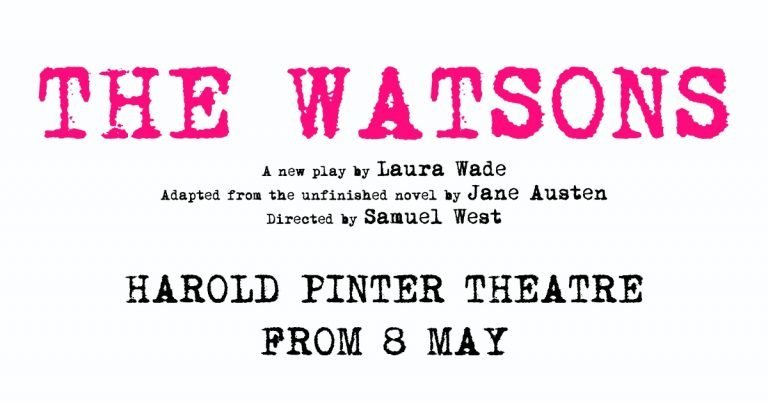 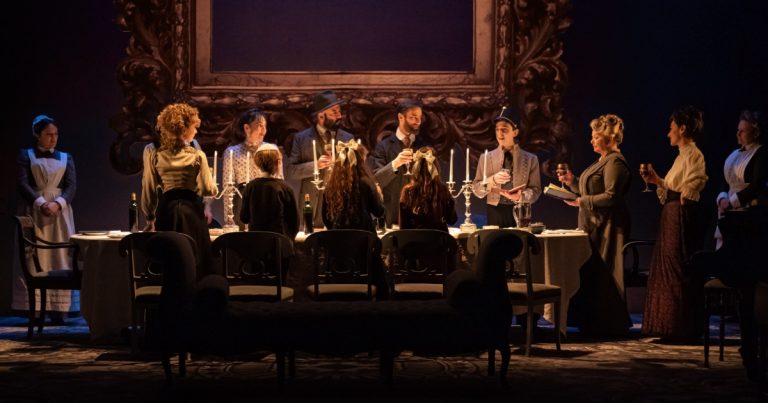 The long timeline in Leopoldstadt allows for a comprehensive narrative, spanning from 1899 to 1955 in Vienna, Austria. A cast of forty-one, including fifteen children – this is an ambitious production. Come the interval, by which point the story has reached 1924, it is obvious to pretty much all and sundry that the good times…