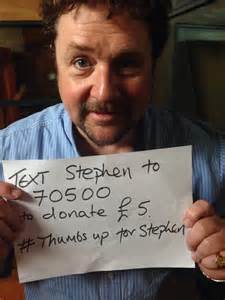 “Inspiration comes from within yourself. One has to be positive. When you’re positive, good things happen.” (Deep Sing)

It’s all too easy for people to find the negative side of something before even thinking to look for the positive. The world is full of bad things, but something good can always come out of something bad. There are some terrible human beings on this planet, but there are some truly good people here as well; people who are faced with negativity and meet it with positivity. The stories of these individuals fill us with hope and restore the faith that all is not lost for the human race. There is one such story that has touched so many others through its message of positivity, and recently, I heard of an incident in which it became linked to the world of theatre.

As most already know, the wonderful performers working within the theatre industry dedicate a lot of time and effort to charity causes, taking part in fundraising cabarets, concerts and other such events. The Les Mis V Phantom football match on Sunday 3rd August serves as a very recent example, as teams from each show made up from cast, crew and celebrities played one another in tribute of Melanie Oakley-Dow, the long-serving head of wigs on Les Miserables who passed away in December 2013 following her battle with cancer. All money raised through the event was given in support of Cardiac Risk in the Young, as well as Ellenor Lions Hospices and Macmillan Cancer Support.

So many in the industry have gone above and beyond to help others, and West End leading man Michael Ball is no exception.

I’m sure many of you have heard about Stephen’s Story. Stephen Sutton was a young man who had been diagnosed with cancer at the age of 15, and set up a Facebook page in early 2013 after being told it was incurable. Rather than sink into despair or rant and rave at the cruelty and unfairness of it all, he chose the route of positivity. Knowing his life was going to be cut drastically short, he decided that he would make the most of the time he had left instead of wasting it by wallowing over something that was out of his control. He made a bucket list of 46 things he wanted to achieve before he died, with the goal of raising £10,000 for Teenage Cancer Trust No. 1 on his list. His positive outlook and passion for life inspired thousands of people around the world and they followed his story through his Facebook page as he worked his way through the list. The huge attention he garnered led to his original fundraising target of £10,000  being not only met, but quickly overtaken, and he set a new target of £1 million.

Stephen Sutton passed away on 14th May 2014 at just 19 years of age. His story serves to demonstrate the power of social media, but more importantly, it is a lesson as to what can be achieved through positivity: “When you’re positive, good things happen.” He appreciated what a gift life is and didn’t waste it. He achieved so much of what he wanted to do, including completing a skydive, hugging an elephant, writing a book, going on a ‘lad’s holiday’ and drumming in front of a huge crowd (he played drums in front of 90,000 people before the UEFA Champions League final at Wembley). He also made it into the Guinness World Record for getting the most people to make a ‘heart-shaped hand gesture’. He will be remembered for his inspirational message, and absolute zest for life, which he never lost, even in the face of death. He was given numerous awards in recognition of his charity work, which led to over £3 million being raised  for teenagers with cancer. This is the legacy that the courageous Stephen left behind.

Thousands of people followed Stephen’s Story, inspired by his bravery and positive outlook. Among them were many celebrities, including comedian Jason Manford, who became an unofficial spokesman for the cause after meeting Stephen. One thing he notably did was to launch the #thumbsupforstephen Twitter campaign, in which people posted photos of themselves raising their thumbs in  honour of Stephen, while holding up a piece of paper with the number to donate to the Teenage Cancer Trust. Other celebrities joined in with #thumbsupforstephen, including Robbie Williams, Benedict Cumberbatch, Coldplay, James Nesbitt, Jimmy Carr and Michael Ball.

Manford met Stephen many times, and it was during one of these visits to Stephen in hospital that Michael Ball entered the frame again. During the course of the conversation, it was mentioned that Stephen’s mum was a massive fan of the musical theatre legend. Manford, who performed alongside Ball in the West End run of Sweeney Todd, contacted him there and then so that she could have a conversation with him over the phone. Not only that, but hearing she had bought tickets to see him perform at the Lytham Proms Festival on Sunday 3rd August, Ball invited her to come backstage to meet him before the show. He stayed true to his word and met her backstage for a chat, during which time she gave him a one of the yellow ‘Stephen’ wristbands. He had also arranged for her to watch the show from the VIP area, and when he came out on stage, he was wearing his wristband and spoke about what an inspiration Stephen was before dedicating his performance of ‘Love Changes Everything’ to her and Stephen. She described it on the Facebook page as ‘a personal tribute that meant the world to us.’

Not everyone would go above and beyond like that, which goes to show what genuine and caring both of these guys are. Manford has been the champion of Stephen’s Story and done much to help him in his fundraising efforts, while Ball has done plenty of his own charity work as well. He is a patron of The Shooting Star Children’s Hospice, a UK-based children’s charity which provides care, support and advice for children and young people with life-limiting conditions, and their families. The two hospices, sited in Hampton and Guildford, are run primarily on voluntary donations. As a patron, Ball has performed a series of fundraising concerts over the years which provided vital transportation at both hospices to help children and teenagers enjoy days out. A special charity evening was also held at the Adelphi Theatre when he was performing there in Sweeney Todd, and he has helped raise further funds for the charity through appearances on Celebrity Who Wants To Be A Millionaire and Celebrity Catchphrase.

He also supports The Royal Theatrical Fund, a charity which supports any person in need who has professionally practised or contributed to the theatrical arts and their families or dependants, and Theatres For Theatre. In addition, it was recently announced that he will host the 2014 West End Heroes gala concert, which unites military musicians with West End performers for a series of songs and mash-ups in aid of Help For Heroes. The concert returns to the Dominion Theatre on 28th September 2014 following the success of last year’s event, which raised over £88,000 for the charity.

Stephen’s Story was so inspiring to people because it demonstrated how positivity can effect change. When faced with adversity, he chose to stand up to it with a smile on his face, and in doing so, became a role model to thousands around the world. People like Jason Manford and Michael Ball stepped up to the challenge he set, and every day there are other stories to be found which have highlighted the goodness in others. The theatre industry is no exception. Stories like this warm the heart and remind you that most people are fundamentally good. I see them all the time within the theatre industry and as we celebrate people like Stephen, so too must we celebrate anyone who endeavours to help others. 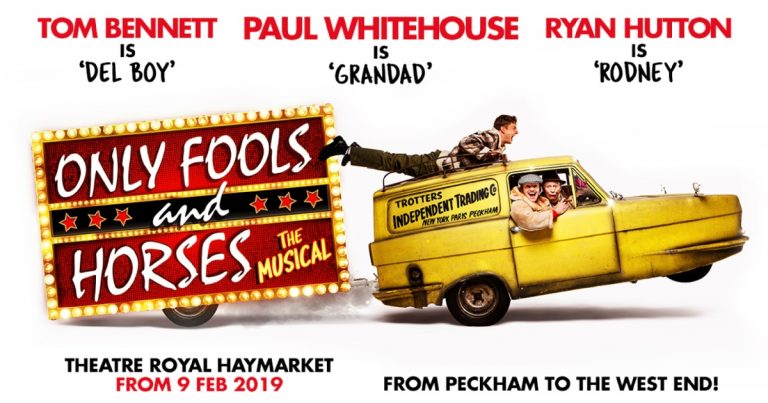