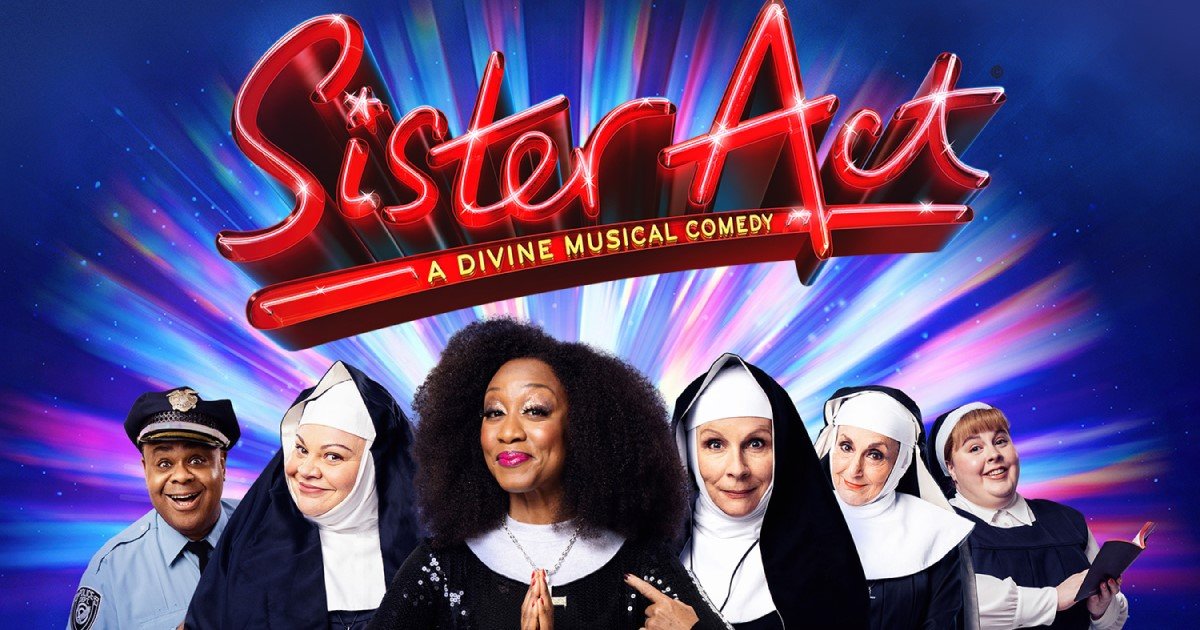 Brace yourselves sisters for this sparkling celebration to the universal power of friendship, sisterhood and music.

Sister Act tells the hilarious story of Deloris whose life takes a surprising turn when she witnesses a murder. Under protective custody she is hidden in the one place she won’t be found – a convent! Disguised as a nun and under the suspicious watch of Mother Superior, Deloris helps her fellow sisters find their voices as she unexpectedly rediscovers her own.

Featuring original music by Tony® and 8-time Oscar® winner Alan Menken (Disney’s Aladdin, Enchanted), dazzling dance routines and songs inspired by Motown, soul and disco, this is one nostalgia-filled trip that you will never forget.

Join our congregation at Eventim Apollo London and Raise Your Voice for the feel-good theatrical event of the summer.