The original Richard Gordon novel, Doctor in the House

is one of twelve Doctor books and is noted for its witty depiction of a medical student’s years of professional training. It remains a classic in its own right, based on Richard’s own anecdotes and experiences of pre-war medical school and has almost become a social document. The original Doctor In The House film made a star of Dirk Bogarde, and spawned six follow-ups and a TV series and was the most popular box office film of 1954.

Starring one of Britain’s best loved funnymen, Joe Pasquale and award winning star of stage and screen Robert Powell, Doctor in the House now takes to the stage for a national tour opening at The Churchill Theatre, Bromley on 20th March 2012. (Please see full tour list below)

Follow the inexperienced young medical student Simon Sparrow as he begins his five-year internship at St. Swithin’s Teaching Hospital. Continually running foul of the irascible head surgeon Sir Lancelot Spratt, Sparrow’s social life is spiced up when he is taken under the wings of two student repeaters, in the form of Tony Grimsdyke and John Evans, to farcical consequences. Doctor in the House has delighted audiences for generations and this tour is refereed by award-winning director Ian Talbot OBE, this is comedy at its very best; the doctor will see you now!

The cast also includes Emma Barton best known to television audiences as Honey Mitchell for three years in Eastenders, recently she played Lily in Annie at the West Yorkshire Playhouse and prior to that the lead role of Roxie Hart in the West End and UK tour of Chicago; Gay Soper was last seen in the West End in Lend Me a Tenor and Tom Butcher who played PC Steve Loxton in The Bill for seven years and Dr Marc Elliot in Doctors.

Joe Pasquale has continued to delight audiences with his live stand-up tours for almost 20 years and along the way he has voiced characters for Hollywood movies such as Garfield: A Tale of Two Kitties and Horton Hears A Who! as well as for children’s television in shows such as Frankenstein’s Cat; he starred in The Muppets’ 25th Anniversary show, alongside the legendary Jon Voight, toured in several theatrical productions including Mel Brooks’ The Producers and Tom Stoppard’s Rosencrantz and Guildenstern Are Dead; he was crowned King of the Jungle in ITV’s I’m A Celebrity… Get Me Out Of Here and he has appeared in five Royal Variety Performances.

Robert Powell had a small role in the original version of The Italian Job playing one of the gang and for several years he continued as a television regular, with occasional forays into film, notably as Mahler in the 1974 film and as Captain Walker in the Ken Russell film version of Tommy. Following a successful second audition with Franco Zeffirelli he played Jesus Christ in the series Jesus of Nazareth and was nominated for a BAFTA award, and collected the TV Times Best Actor award for the same performance. Powell took the leading role of Richard Hannay in the third film version of The Thirty Nine Steps; almost ten years later a television series entitled simply Hannay appeared with Powell back in the role. He then agreed to a request from his old friend and golf partner, comedian Jasper Carrott, taking the part of an incompetent detective in a succession of sketches that formed part of Carrott’s TV series. The Detectives was so popular that it was turned into a sitcom. In early 2005 he became a regular in the UK TV medical drama, Holby City, where he remained for six years before departing to return to theatre.

Ian Talbot OBE was Artistic Director at Regents Park Open Air Theatre for 20 years and was awarded the OBE in 2007 in for his work there.  Other Theatre includes directing The Yeomen of the Guard (Savoy Theatre), High Society (Shaftesbury and UK tour), The Pirates of Penzance (West Yorkshire Playhouse and UK tour), Anything Goes (UK tour), Lend Me A Tenor (West End) and many overseas tours and pantomimes. Ian also performed in Regent’s Park and with the RSC.  In the West End, Ian played Max in Lend Me a Tenor (Gielgud), Stanley Gardner in Run for Your Wife (Duchess) and Sir Toby Belch in The Inner Temple (Globe). He co-starred opposite Michael Ball in Hairspray (West End).

DOCTOR IN THE HOUSE will be directed by Ian Talbot with designs by Paul Farnsworth and lighting designs by Jason Taylor and will be produced by Jamie Wilson for Doctor in the House Associates Ltd and Lee Menzies Ltd. 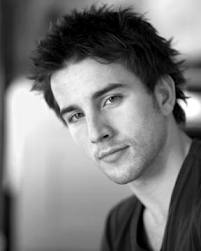 There are a variety of musical stage productions in the West End to satisfy every theatrical taste bud. Variety is the spice of life after all. The jukebox musical doesn’t appeal to everyone, but it does have more than its share of fans. Jukebox musicals such as ABBA’s Mamma Mia and Queen’s We Will Rock…