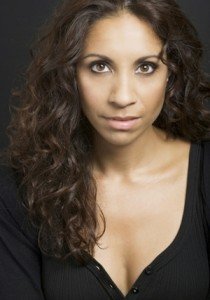 The new musical The Bodyguard, based on the 1992 smash-hit film of the same name which starred Kevin Costner (Frank Farmer) and Whitney Houston (Rachel Marron), is now playing in London’s West End at the Adelphi Theatre. Previews started on 6th November, with Opening Night on 5th December, 2012.

At the time of the interview, Debbie Kurup was playing the role of Nicki Marron (Rachel’s sister), and she very kindly took time out from her very busy schedule to answer some questions about herself and the show.

You left the role of Chicago’s Velma Kelly in 2011, what have you been doing since then?
I spent a fair amount of time in Los Angeles having meetings with casting directors, doing class and setting up management etc. I booked the role in The Bodyguard just before Pilot Season so had to cut my trip short. The auditions for The Bodyguard were in London. My first audition was in December and the second in January when I was offered the role of Nicki Marron.
This year I have been lucky enough to get some quality travel time in with my family. We visited North India in June/July, seeing all the obvious landmarks: The Taj Mahal, Amber Fort and Palace, street markets of Jodhpur etc. We also took an 18 hour train ride from Jaisalmer in Rajasthan to Delhi. Not for the faint hearted-But we loved it. The whole trip was a beautiful and humbling experience. My daughter and I also took a lovely short break to Paris before the amazing 2012 Olympic extravaganza! This year has been awesome!

What is the atmosphere like backstage being a part of something new?
I’m part of a fantastic company. We had six weeks of rehearsals, that was quite relaxed and we got on like a house on fire. But the last few weeks have been a little stressful! Not for me personally but this is a brand new production so that is to be expected. The first preview actually ran very well, and any small technical issues that may arise during the preview period will be ironed out. We’re trying to make the show better every night. It has been a little stressful, the dancers have worked their butts off, bless them. But it’s been fine. That’s what happens with a brand new show. It’s an original production so there are going to be things that aren’t working out so you have to try different versions until you get the best version.

You are playing the part of Nicki Marron. Can you describe your character to someone who has not seen the film or the musical?
Nicki is the sister of Rachel, the superstar in question. She is more reserved in character. Very smart, organised and professional. I like to think she is the brains behind the success story that is Rachel Marron but Nicki is totally overlooked and in every way. Nicki ends up taking a back seat to let Rachel shine and in turn becomes very lonely in Rachel’s shadow. Frank Farmer is the first person to have paid Nicki any attention in a long time; hence she gravitates toward him with such longing.

How does it feel to be creating a role in a world premiere of a musical?
It’s incredibly special. Any actor who has had the opportunity to create a character will tell you how liberating it is. You are given so much freedom in the rehearsal room to add your own input. From day one I was very particular about who Nicki is, how she thinks, walks, talks, dresses etc.. and it’s lovely to be able to work with the creatives to make that happen. It’s thrilling to do that from scratch. And yes, we had the film as a guide, but we were certainly not slave to the original film character interpretations.
You don’t always get the same kind of control when you are re-creating a role. Whatever we do as a company will be the template for future productions. So naturally we want to get it right! We all want The Bodyguard to be successful as it can possibly be.

What’s your favourite song?
There’s so many! But my favourite is probably ‘Run to you’ from the original soundtrack.

Why should people who have seen the film go and see the musical?
The musical is a fresh take on the film while staying true to the storyline. We have tightened up certain aspects so it’s a more concise version of the story, it makes more sense. Putting something on stage, you just can’t beat the live element. The story is so good and it being ‘live’ is an extra factor you can’t get from the film.

Previews for the show have started with opening night on 5th December. What is it like performing on an Opening Night and how does that compare with first night of previews?
The first preview and press night you’re always running on adrenaline I guess! But we’ve had a few weeks to get comfortable with the technical aspects of the show so come opening-night we should be able to focus on our performances!

With many shows closing this autumn in the West End, but with major new musicals opening, what are your thoughts on the current state of theatre in the West End?
I don’t think we have suffered as much as other industries. I think the West End is artistically thriving but it’s a shame that shows don’t last as long as they used to. There is some fantastic work being produced in fringe venues too.

You have a young daughter who likes to sing – are you keen for her to follow your footsteps into the performing arts?
She does go to drama and ballet school on a Saturday and she loves it. If she wants to continue, I’ll encourage her but I do know the ups and downs of the industry! I’d love her to be a doctor – a regular job would be great! To be honest, she has two parents who perform so she probably will too. That’s fine with me!

Any message to those people that are following your career?
I am always thankful for the support! I love reading your messages on Twitter! Thanks for being so kind, you always make me smile! I apologise for not always writing back but I try to respond whenever I can! 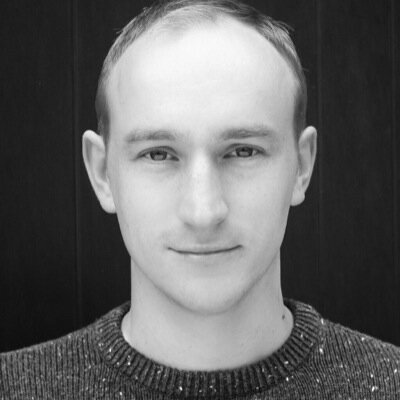