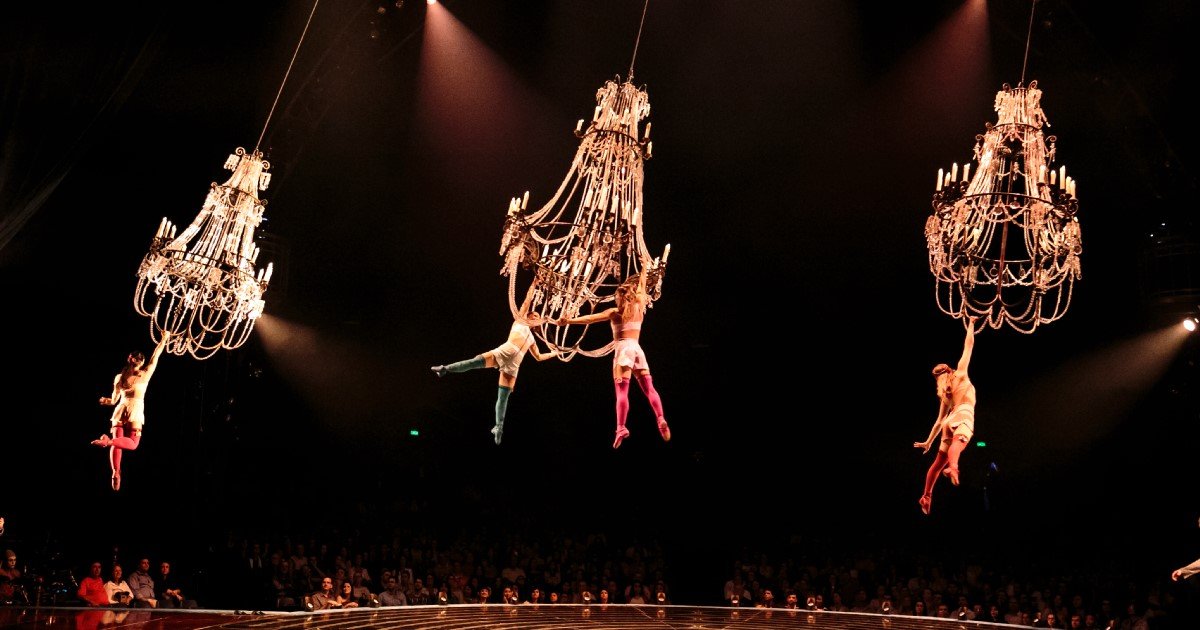 To be a member of the audience of Corteo, the Cirque Du Soleil show at the O2 arena in London, is to enter an enchanted world of illusions and beauty, and human beings who perform the feats of superheroes but in real life right in front of you. The show is fun and exciting, always engaging and frequently wondrous.

There is a narrative of sorts to link the acts but this is a flimsy construction not the main focus for the show whose heart is fixed in the whimsy of make-believe and glamour of the circus at its most alluring. This appears on stage as a procession of acts such as Fellini might have dreamed to which overtones of the Phantom of the Opera have been added.

The vocals by Lopez Montana and Repulles Fernandez are fabulous and their accompanying musicians connect the action with music frequently reminiscent of the popular Buddha Bar series.

There is no one in this show who is not supremely talented and that is thrilling. The production values are also of the highest quality and no expense has been spared in creating a memorable evening of entertainment which will be enjoyed by all including children. There are acts which will strongly resonate with the younger age groups and things they may like to do, taken to an entirely different level.

The opening acrobatic scene, Aerial Chandeliers, is gorgeous, with Duo-Straps a particularly fabulous duet of daring. The Helium Dance, involving a charismatic acrobat being carried by balloons over the audience creates much delight and engagement. The finale, Tournik is staggering. The work that must have been put in by the performers to achieve this staggering display of strength, power and synchronicity must have been immense.

This show works much better in the set built into the 02 Arena than it did in The Royal Albert Hall. The arena has been split by Cirque Du Soleil into two halves, in this way retaining a sense of intimacy, auditorium areas are closed and concealed on each side and as a result, each audience sees another audience, just like them, sitting behind the stage between. A clever device providing the intrigue and illusion of a separate circus audience.

Corteo, which means cortege in Italian, is a joyous procession, a festive parade imagined by a clown. The show brings together the passion of the actor with the grace and power of the acrobat to plunge the audience into a theatrical world of fun, comedy and spontaneity situated in a mysterious space between heaven and earth.

The clown pictures his own funeral taking place in a carnival atmosphere, watched over by quietly caring angels. Juxtaposing the large with the small, the ridiculous with the tragic and the magic of perfection with the charm of imperfection, the show highlights the strength and fragility of the clown, as well as his wisdom and kindness, to illustrate the portion of humanity that is within each of us. The music turns lyrical and playful carrying Corteo through a timeless celebration in which illusion teases reality.

The concept and disposition of the stage bring the audience in a theatrical atmosphere like never seen before in Cirque du Soleil arena shows. The set curtains, inspired by the Eiffel Tower, and the central curtains, which were hand-painted, give a grandiose feel to the stage. This sets the tone for the poetry of Corteo.

The cast of Corteo includes 51 acrobats, musicians, singers and actors from all around the world. 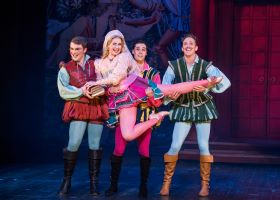