Next Friday it will be Valentine’s Day, perhaps one of the most controversial of all the holidays. Love will be celebrated on 14th February, symbolised through heart-filled cards, red roses and chubby little flying babies with bow and arrows. It’s a day people either love or loathe, usually dependent on the status of their love life: those in a relationship use it to express their undying love for one another, while those cynical singletons write it off as nothing more than a commercial holiday to sell cards and so forth. Whatever your position on Valentine’s Day, next Friday will be over-run by romance, and if extravagant displays of affection and declarations of love aren’t your thing, then staying home is probably the best form of avoidance, albeit a rather boring one however.

Instead, a far more interesting alternative has arisen courtesy of IdeasTap, the charitable arts organisation which supports creative individuals through a variety of measures. The IdeasTap Takeover: Love is a free festival which celebrates love in a much-less vomit-inducing manner, spaced out over a more manageable five days rather than just one. IdeasTap has built up a UK network of thousands of up-and-coming artists and performers and has utilised their special skills for this event, which showcases a range of new work and offers everything from theatre to dance, live music, to film, and cabaret to comedy.

The IdeasTap Takeover: Love festival takes place between 12th-16th February 2014 at the Rich Mix venue in the East End of London. Supported using public funding by Arts Council England (ACE), entry to all of the shows involved in the love-themed event is completely free so you can pick and choose them on the basis of their appeal, or gorge yourself on love and see as much of what’s on offer as possible. The festival programme is chock-a-block with exciting staged productions which encompass all the best of the entertainment industry.

It all begins with a selection of rehearsed readings, short film screenings and theatrical pieces. Scott Barnett offers a comedic look at love with the reading of his new play, Resolution, which follows the doomed relationship of Lucy and Jason over the space of three years in three real-time fragments, which all take place in the final moments of New Year’s Eve. The film and arts collective, Brain Wash, will also be screening a fresh selection of short films as they present First Base, and the collaborative efforts of Abigail Conway and Melanie Wilson have resulted in Every Minute, Always, a unique headphones performance for two people in the intimate setting of the cinema.

There is much more to see throughout the course of the festival, such as the ‘heart-warming, heart-breaking’ selection of poetry film and performance inspired by love, I Heart Poetry, which features poet, playwright, performer and writer Sabrina Mahfouz and poet, performer, graphic artist and playwright Inua Ellams, as well as a guest appearance from poetry/music act Anthony Anaxagorou and Karim Kamar. There is also a 2-session filmed event with online music channel Secret Sessions which will be recording songs and interviews with a number of artists for their three year anniversary, and Corinne Furness’ story-telling performance entitled With Love From about the things we’ve done because of love. The range of theatre-based performances includes Some Music From Some Shows by RashDash, The Love Project by Every Day, and Love Letters to the Public transport System by Molly Taylor, as well as the premieres of Hannah 27: Valiant Adventures in Online Dating by Hannah Pearce and Old Fools by Tristan Bernays. Other highlights include two sessions with filmmaker and Ideas Fund Shorts winner Martin Stirling for Sparks, the theatre/dance fusion piece, Echo Beach by Hannah Sullivan, and Miscellany, Invertigo Theatre Company’s alternative speed-dating event which offers its audience a series of one-on-one encounters on an intimate tour of what it means to love. Steffan Donnelly, co-artistic director of Invertigo, said of their participation in the festival: “Interactivity was something we were always interested in but we never quite had the daring – or the support and finance – to take that risk. IdeasTap and Rich Mix are providing that and I think that’s what the festival is about – encouraging young companies to be adventurous.”

In addition to the programme of theatrical performances, they are running an assortment of talks and workshops to help people develop their own creative talents too.

IdeasTap is an arts charity which was established five years ago. They work with a number of major arts organisations to enable them to offer support to young, creative talents at the start of their careers through opportunities, funding, jobs and development. IdeasTap have helped over 40,000 people to date and currently have more than 125,000 members.

Those attending the event will find themselves spoiled for choice due to the wide variety of work on offer, exploring the concept of love from every possible angle and aspect. The IdeasTap Takeover: Love festival is the perfect way to celebrate love while sidestepping the traditional celebrations of Valentine’s Day. For theatre fans, it’s the equivalent of a dozen red roses and a huge box of expensive chocolates! 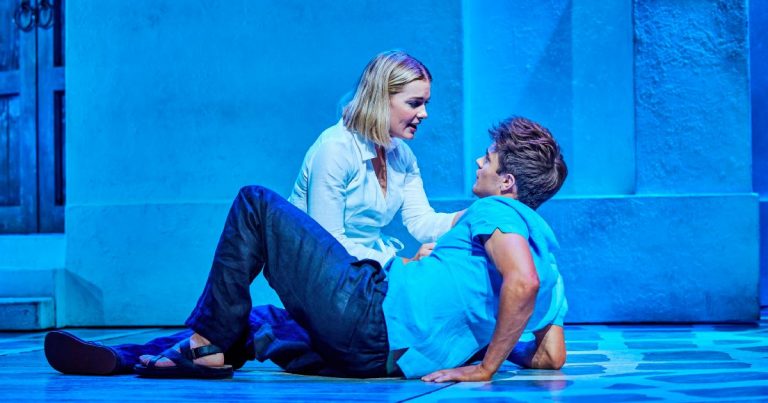 A one-of-a-kind theatrical competition will launch a nationwide search to find the future musical theatre stars of global smash hit and feel-good musical MAMMA MIA!. Seen by 65 million people around the world, MAMMA MIA! has wowed audiences across the globe and continues to break box office records. MAMMA MIA! I Have a Dream is…