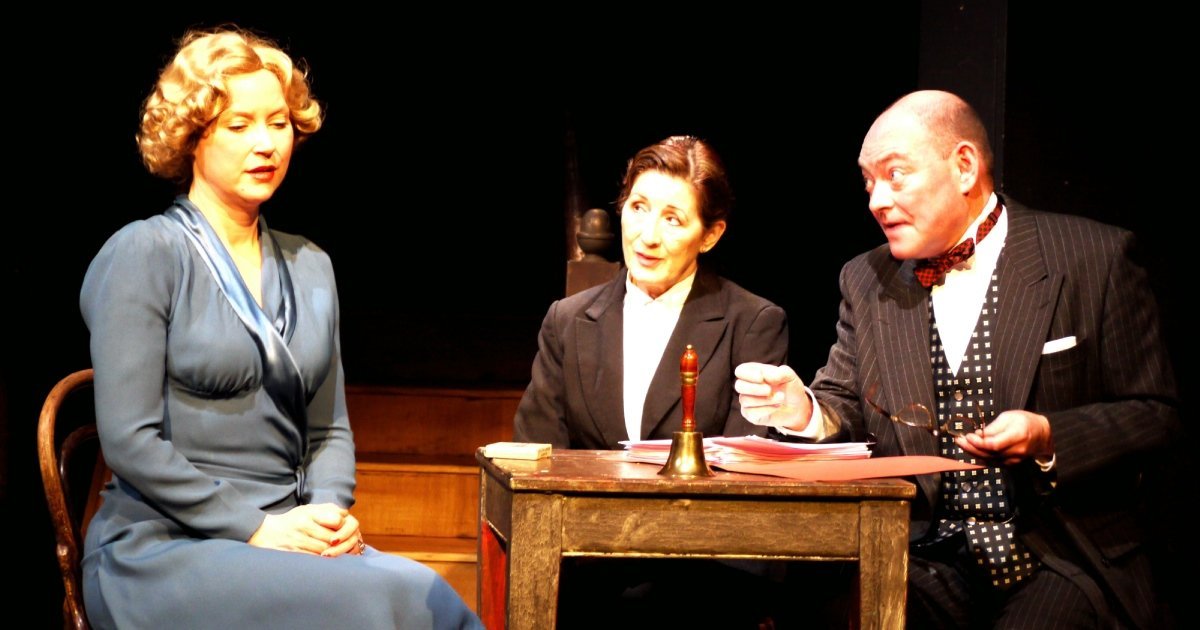 In the past couple of years, a spate of Terence Rattigan’s plays have been revived by drama schools and amateur theatre companies in the greater London area and further afield. I use the term ‘amateur’ quizzically as many of these low-scale undertakings embody the dignity of Rattigan’s intent more faithfully than big-budget productions in London’s tired West End.

In the prelude to Spring 2020, it is the Hampton Hill Theatre, Teddington, that hosts Rattigan’s final play, Cause Célèbre, first performed as a radio play in 1975 and then at Her Majesty’s Theatre, London, in 1977.

It is a drama based on the real-life murder of a noted British architect, Francis Mawson Rattenbury, in Bournemouth in 1935. Rattenbury’s wife Alma and her young lover, George Percy Stoner, both stood trial for her husband’s murder, but Stoner later confessed that it was he who had hit Francis Rattenbury with a carpenter’s mallet, a fatal blow that resulted in the old man’s death four days later.

The trial, held at The Old Bailey in London, was the sensation of 1935, not only because the murdered Rattenbury was a dignified architect but because of the ‘scandalous appetites’ of his glamorous wife, Alma Rattenbury, a songwriter/musician – perhaps 39 or 40 – and the 18-year-old Stoner, whom Alma had hired a year earlier as a handyman/chauffeur. Soon the young Stoner, who’d previously worked on building sites at the tender age of 16, was sharing Alma’s bed, as well as a place in an upper-middle-class household.

At the time, wanton sex and the mixing of social classes was as scandalous a crime as murder and it was Alma, as a mature woman of privilege, who bore the brunt of public outrage for leading the young Stoner astray.

Stoner, who was still alive when Rattigan wrote the play, is referred to as George Wood in the play.

Cause Célèbre, does not rank among Rattigan’s best plays, it evokes neither the emotional involvement of Flare Path, the pathos of The Deep Blue Sea, nor the familial sacrifice of The Winslow Boy. But what it does enunciate is the impossibility inherent in male/female relationships.

Rattigan juxtaposes the sexual generosity of Alma Rattenbury (deliciously played by the vivacious Mia Skytte-Jensen), with the vengeful prudishness of Edith Davenport (Jane Marcus), a reluctant juror in the murder trial who scorns her husband John Davenport’s (Darren McIlroy) need for sex, yet castigates him for seeking relief with other women.

Edith Davenport is a fictitious character, but necessary to highlight that, although Alma and Edith are two women with opposing values, they each suffer a sense of inadequacy in relation to men: the sensual Alma becomes a mere jealous possession of her young lover – George Wood (Jake O’Hare), while the priggish Edith suffers in isolation when she loses the affection of Tony, her teen-age son (Jacob Taylor) who prefers to live with her wayward husband.

But more broadly, Rattigan revisits the impossible cross-over between the upper-middle classes and the working classes. In Cause Célèbre we encounter the reverse of a Lady Chatterley scenario: the lady of the manor, Alma, seduces the hired help, George, while an ineffectual and aged husband, Francis Rattenbury (David Robins), doses off with treble-whiskey drooping in hand.

But unlike Lady Chatterley and the game-keeper Mellors, the dalliance between Alma and her young lover results in a more pernicious outcome.

One of the most effective aspects of this most recent revival is its economical staging. Set Designer Patrick Troughton’s ingenious use of panelled wood strikes the right note as the sombre interior of the Rattenbury home, the courtroom where the trial is held, and the parlour of Edith Davenport.

Director Fiona Smith also handles with ease the shifts between the play’s 1934 pre-murder scenes and its 1935 courtroom episodes.

Finally, what is frightening is that the outcome suffered by Alma Rattenbury, both in real life and in Rattigan’s dramatic undertaking, proves to have relevance in today’s internet culture of trial by Twitter and Facebook.

But please, see Cause Célèbre first, before looking up the outcome of the actual Rattenbury murder case.

Terence Rattigan’s final play is based on the true story of Alma Rattenbury, who in 1935 stood trial with her 18-year-old lover for the murder of her older husband. Her counterpoint is the fictional Edith Davenport, steely chairwoman of the jury, whose own life echoes a tale of love, betrayal, guilt and tumultuous passions that must be repressed. 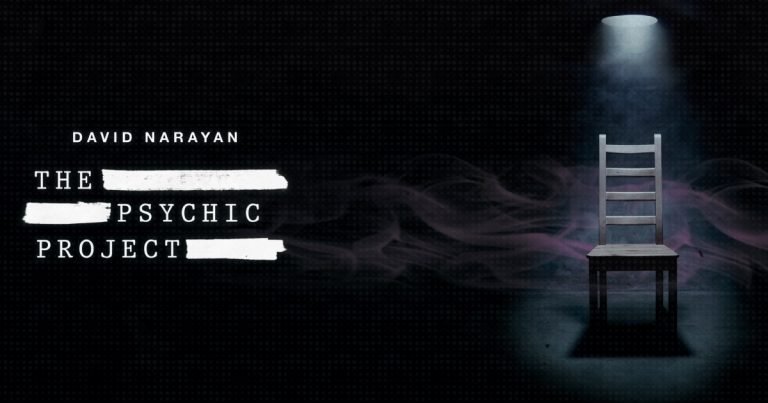 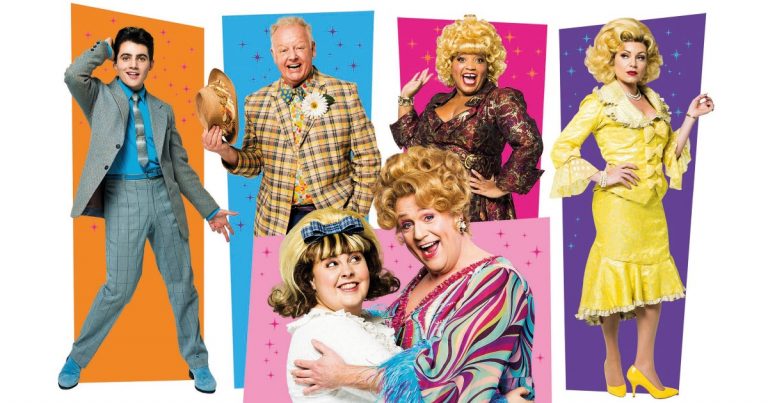 The last time I saw Hairspray in the West End was a sort of ‘now or never’ moment: after over 1,000 performances, the show was to close at the Shaftesbury Theatre, and I went along to the very last show. Some of the cast were in tears at curtain call, and the show evidently had…