Full casting is announced for the Chichester Festival Theatre revival of Guys and Dolls, which will open at the Savoy Theatre for a strictly limited 13 week run from 10th December 2015. Joining Sophie Thompson as Miss Adelaide and Jamie Parker as Sky Masterson, are David Haig as Nathan Detroit and Siubhan Harrison as Sarah Brown. Guys and Dolls will see Sophie Thompson and David Haig perform together for the first time since their comic pairing as bride and groom, Lydia and Bernard, in the British smash hit film, Four Weddings and a Funeral.

Nathan Detroit (David Haig) is desperate: he needs money for an illegal dice game, and he needs it fast. Not to mention a 14-year engagement with nightclub singer Miss Adelaide (Sophie Thompson), whose patience is finally running out. Enter notorious gambler Sky Masterson (Jamie Parker), a guy who can never turn down a bet, and straight-laced missionary Sarah Brown (Siubhan Harrison), a doll with a heart of ice. Nathan’s wager is that Sky has to romance Sarah by taking her to Havana for dinner and in return he’ll provide a dozen ‘sinners’ for Sarah’s mission. Surely this is one bet Nathan absolutely can’t lose?

A joyous and vibrant celebration of Prohibition-era New York, Guys and Dolls first premiered on Broadway in 1950 and captured the optimism and energy of post-World War Two America. This hugely popular and multi award-winning musical, based on the colourful stories by American journalist Damon Runyon renowned for his vivid fictional depictions of the gamblers, hustlers and nightclub singers of New York, features some of Broadway’s greatest musical numbers including ‘My Time of Day’, ‘Luck be a Lady’ and the show-stopping ‘Sit Down You’re Rockin’ the Boat’. Guys and Dolls is directed by Gordon Greenberg with choreography by Cuban dancer and former Royal Ballet star Carlos Acosta and Andrew Wright whose credits include Chichester Festival Theatre’s Singin’ in the Rain.

David Haig plays Nathan Detroit. David is currently in Someone Who’ll Watch Over Me at Chichester Festival Theatre where previous credits include Pressure (a co-production with Royal Lyceum Theatre, Edinburgh) and Yes, Prime Minister, which transferred to the West End. Other theatre credits include The Madness of George III (Theatre Royal Bath and West End), Mary Poppins (Prince Edward Theatre), Hitchcock Blonde (Royal Court and West End), House and Garden (National Theatre), Art (Wyndham’s and Broadway), and Our Country’s Good at the Royal Court, for which David won the Olivier Award for Best Actor. Television credits include The Thick Of It, Mo, The 39 Steps, My Boy Jack, Talking Heads and The Thin Blue Line. Film credits include Florence Foster Jenkins and Four Weddings and a Funeral.

Jamie Parker plays Sky Masterson. Jamie was seen most recently as Mike Connor in High Society at The Old Vic. Other theatre credits include Rosencrantz and Guildenstern Are Dead (Chichester and West End), Proof (Menier Chocolate Factory), Henry V, Henry IV Part I and Henry IV Part 2, As You Like Like It (all for Shakespeare’s Globe), Racing Demon (Sheffield Crucible), Revenger’s Tragedy (National Theatre) and The History Boys (National Theatre, Broadway and Australia and Hong Kong). Television credits include Parade’s End, Silk, The Hour, Silent Witness and Wire in the Blood. Film credits include Le Weekend, Valkyrie and The History Boys. 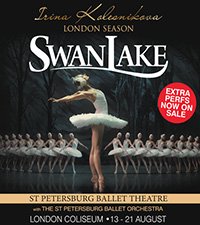 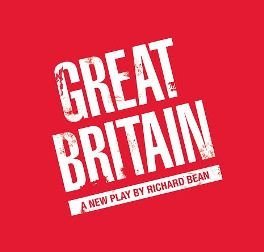