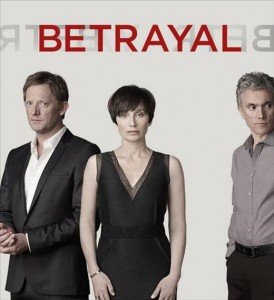 “There were three of us in this marriage.”

The line first spoken by Princess Diana, but an apt reflection which perfectly summarises this play.

Betrayal is hardly a stranger to the stage – from the pen of renowned playwright, Harold Pinter; it first appeared in 1978 and has since come to be thought of as something of a ‘modern classic’. The play follows the lives of married couple, Emma and Robert, over a ten year period, along with Robert’s best friend Jerry, who has been carrying on an affair with Emma for seven years.

Played out in reverse, it opens with an awkward meeting between Emma and Jerry as they look back on their affair two years after it ended and travels back towards the night it all began. As their tale of infidelity and deceit unravels, the significances of their action are exposed as Pinter explores the themes of morality, jealousy and, of course, betrayal.

A bleak and deeply intense production, interspersed with light-hearted moments; Pinter questions love and life, looking at the best and worst aspects that lay within us and slowly uncovering the layers and depths that build up a lie.

Jeremy Herbert’s sets in this production are kept simple but classic, each one sparsely, but beautifully adorned, and the wistfully melancholy piano orchestrations used to move from one scene to the next are in perfect keeping with the mood of the play.

Ben Miles is wonderful as the sharp-witted and wry Robert, who keeps his emotions under a thinly-veiled and barbed veneer. Miles shines in the scene in which he confronts his wife about the affair, the mask of apathy shattering as his calm composure falls away and all the pent-up anger and pain let loose.

Douglas Henshall does a decent enough job as Jerry, but fails to add much depth to the character. Jerry always seems to be a step out of time, often lost as to what is happening around him and lacking any real sense of the gravitas of his actions. Henshall’s scenes with Thomas are compelling though and the two actors have a remarkable chemistry between them.

Kristin Scott Thomas is undoubtedly the high point here however: she is simply outstanding as the poised Emma who is torn between two men, neither of whom provides her with what she is looking for. Thomas gives a subtle and heart-wrenching performance filled with despair as she longs for love and fulfilment and instead, realises she has nothing more than ‘an empty home’.

The theme of betrayal is the focal point of the play, seeping into every line and movement. Robert is clearly betrayed by the affair between his wife and his best friend, but as the revelations of his own affairs become apparent, Emma is also left betrayed by him in return, as she is by Jerry’s inability to return the depth of love and commitment she gives to him. Jerry too has feelings of betrayal, to both Emma and Robert. He feels betrayed by Emma when he learns at their opening meeting that she has told Robert of their affair and again later, when it is revealed that she actually told him not the previous night, but two years ago; and again by Robert, who had kept his knowledge of the affair secret all that time.

Betrayal is a play of secrets, delving into the human psyche and manipulating the lines between right and wrong. Full of coded meanings and brittle conversations, Pinter creates tension in every scene, particularly in his use of silence: the awkward exchanges and uncomfortable pauses leave the audience squirming uneasily in their seats – the profundity of so much left unsaid and the sense of the extent of emotions bubbling away just under the surface creates discord and exasperation at times, as they try to unravel the complexities of Pinter’s dialogue.

A timeless play, Betrayal possesses an exceptional trio of actors (along with John Guerrasio’s amusing contribution as the waiter) and will have audiences rethinking everything they thought they knew about life, love and monogamy. 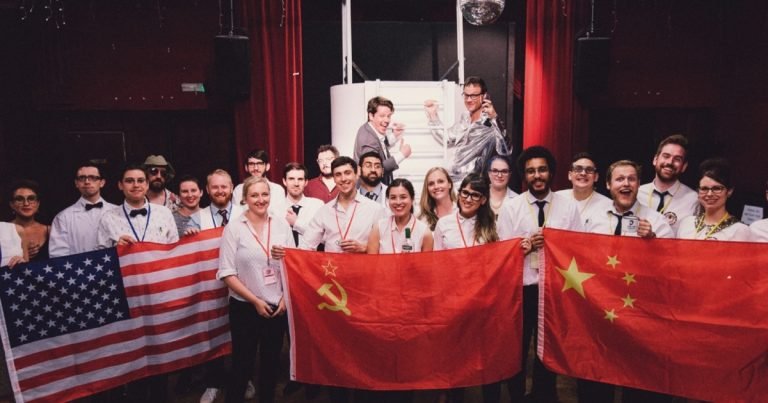