The world of musical theatre is populated by fans who have a deep passion for the art and are not backward about coming forward when it comes to expressing their opinions on the subject. The way in which a particular production or casting announcement, for instance, can spark such an in-depth debate, is one of the most wonderful things about the industry I believe. Theatre is all about personal taste of course, and it’s inevitable that fans are going to be divided in their opinions and clash with one another in defence of their respective positions; on that note, I’ve found the recent discussions surrounding the release of the Into The Woods film adaption rather interesting.

Into The Woods is one of the much-loved musicals from Stephen Sondheim which first appeared on Broadway in 1987 and went on to win three Tony Awards. Fans of the stage show have been highly anticipating the film adaption ever since the announcement was made, but now that it’s out there, has their excitement been justified?

I haven’t seen the stage production or its big screen counterpart, so can only report on the opinions of others, and it seems that the fans have been harder on the film than the critics, who overall, have written favourable reviews for director Rob Marshall’s vision of the musical. There is a rather decisive split down the middle when it comes to the movie version getting the thumbs up or down from its audience. Yes, the Disney film came at the story with a more family-friendly approach, but doesn’t appear to have needlessly suffered for the fact and received the approval of Sondheim, which should say all that is necessary in any case. The casting, which can often prove a controversial issue, seems to have been a success in this instance, with most fans giving praise to the performances in the film – particularly in regards to actresses Meryl Streep, Emily Blunt and Anna Kendrick. From what I’ve heard so far, the main points of contention appear to be the changes made to the story and certain song lyrics, along with the removal of a number of characters and songs.

When it comes to the adaption of any material however, isn’t change a necessary component of the move, whether it be from stage to screen, book to stage, or any other adaption? It’s understandable that fans of the original Into The Woods stage musical would find it difficult to accept, and in turn, approve of, the changes made during the transition from stage to screen – when you love something deeply, you will naturally feel a resistance to any change. That’s why it seems that the film has been better received by musical theatre fans who haven’t seen the original stage version. I know the same is true of me when it comes to film adaptions of books. I often find a film lacking when I’ve already read the book beforehand, due to the need to omit details to meet the time constraints, alter endings for a more dramatic climax, and other such changes. That’s why I prefer to watch films before reading the book that inspired it, if I can help it.

In a recent interview with Cameron Mackintosh, he talked about the new touring production of Andrew Lloyd Webber’s The Phantom of the Opera, which is currently touring North America following its UK run. The reshaped show is now the largest of its kind, with a cast and orchestra of 52, and features new scenic designs, choreography and staging. Addressing the changes made to the classic musical, Mackintosh said that his new production was not better than the original, just presented in new ways, and described it as having ‘a very different, slightly more gritty, darker, and I think in a way more passionate look at the material.’ The renowned producer has also updated other long-running musicals Les Miserables and Miss Saigon, which have been well received, and I think, important to do as shows which have been around as long as they have need to remain fresh. One part of the interview particularly caught my attention. Mackintosh commented on the protective  relationship audiences have with musicals in contrast to straight theatre, saying:

‘There will be a different Hamlet twice a year. All these classics, no one would think of doing the same version of all the authors. But in the musical theater, they go, ‘Why are you going to change it?’ I say, ‘It’s one of the great musicals , and therefore, you want to see something new.”

It certainly seems to be true that musical theatre fans are particularly resistant to change when it comes to their favourite shows. Cast changes are big deals in the musical theatre world and spark huge debates amongst fans for instance, and the Phantom sequel Love Never Dies is probably one of the best examples to demonstrate how fiercely they will protect a beloved show. Some Phantom fans had very set views on what they expected from the characters ten years later and went to extreme lengths to voice their displeasure when Andrew Lloyd Webber’s vision didn’t match their own, including campaigning for the show’s closure through the group Love Should Die.

Musical theatre fans are loyal and passionate, and that is no bad thing. It’s impossible to please everyone of course, and there will always be conflicting views from fans, but change is a necessary part of the industry and as long as you’re pleasing the majority of your audience, then they were changes worth making. 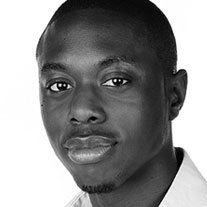 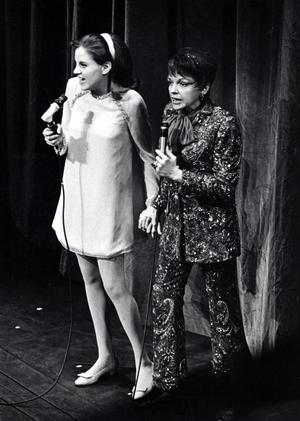