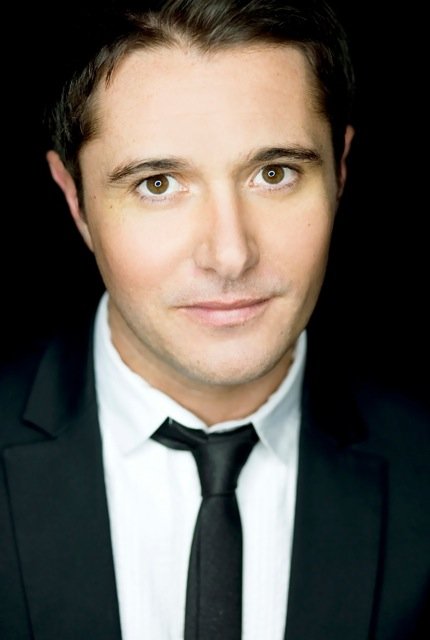 At the time of the interview Lover Never Dies was playing at the Adelphi Theatre London and is the sequel to The Phantom of The Opera.  From the Gothic surrounds of the Paris Opera House to the dazzling heights of New York’s Coney Island – the Phantom returns. Andrew Lloyd Webber’s spectacular new musical reunites the masked Phantom with his only true love and musical protégée, the stunning beauty Christine Daaé.

Kieran joined Love Never Dies earlier this year during the cast change, with rehearsals starting on Valentine’s Day and his first performance was on March 7th. He is part of the ensemble and covers the role of Raoul, Vicompte de Chagny. 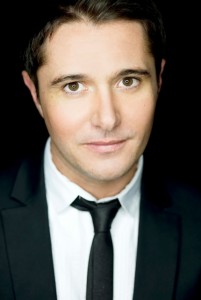 Returning from the Vienna Theatre Project in January, where he had directed and starred in Over The Threshold, Kieran has enjoyed a busy start to the year.

On his return to the UK in January 2011, in addition to performing in Love Never Dies, Kieran was asked to record a track for the debut album of the talented young composer Chris Passey, with a new song called “If They Only Knew” which will feature on the album to be released later this year. In celebration of the album, Kieran performed the song at Kinky Kabaret, one of London’s best loved Cabaret evenings in Soho.

Since then Kieran has appeared as a guest soloist for Bad Girls star Nicole Faraday at The Pheasantry in West London, and a special guest artist for Sophia Ragavelas at her debut cabaret evening at The Delfont Rooms.

Kieran performs at St David’s Hall Cardiff on Sunday 8th May for the British Heart Foundation’s “With A Song In My Heart” 50th Birthday celebrations. Kieran will perform three  numbers with a full orchestra, from Love Never Dies, The Phantom of The Opera and Chicago, all in aid of a good cause!

Kieran has also been invited to join the “Gigging For It” team again, at their new monthly venue, Show off Piano Bar at Cafe Koha on Sunday 15th May.

Clearly, Kieran enjoys a busy life on the stage, together with giving of his time to worthwhile charitable causes.

Where it all began for Kieran!

Kieran was born in Falkirk Scotland in 1978 and graduated from the Royal Scottish Academy of Music and Drama in 2000 with a BA (Hons Acting) Dramatic Studies. During his second year in 1998 he was given permission to take two months out, in order to make his professional debut, playing ALADDIN at The Adam Smith Theatre, Kirkcaldy, Scotland. The Herald Scotland reported in December 1998,  “…no wonder Richard Callen’s genial Genie prefers working for the thoroughly decent, personable Aladdin of Kieran Brown”

During his final year at RSAMD, at the age of 21, Kieran followed up the fun of Aladdin by making his Shakespearian debut as Sebastian, the twin brother of the heroine Viola in Twelfth Night at The Brunton Theatre, Musselburgh, East Lothian, starring alongside Gareth Thomas. Prior to this Kieran had also appeared in the television series Taggart.

Being Scottish and with an accountant as a father, it should be no surprise that Kieran has a considerable zest for hard work and this is apparent right from the early period of his career, in what is a demanding profession.

Interviewed earlier this year on http://www.todomusicales.com/ Kieran was asked “At this moment you’re living as an actor, the most important thing to you is:” “…  I think it is very important to stay positive and enjoy my job. Which I do! We are very lucky to be able to do something that we love. My Dad told me that a few years ago, so I try not to forget that. Not so many people can say that.”

Clearly Kieran is a very talented actor who thoroughly enjoys his profession. I recently asked him some questions that I hope you will enjoy reading about.

Where did you go to school/college and what was your favourite subject at school?
I went to Larbert High School, where my Arts education began before I even went to Drama School at the Royal Scottish Academy of Music & Drama. I had a wonderful Drama teacher called Bill Graham to taught me SO much and ALWAYS encouraged me. He also directed our local children’s theatre who used to have their pantomimes broadcast on Scottish TV every year. He also ran another theatre company called Tryst Theatre and it was through him that I started performing everything from Under Milk Wood through Men Should Weep to Adrian Mole and Sinbad the Tailor, all whist still at school. We lost him sadly a couple of years ago but I still owe everything so far in my career to the skills he taught me, the very basics of stagecraft which surprisingly many who leave Drama School still don’t know..!

Did you have a favourite pet at home?
We had a Cocker Spaniel called Max who we lost (not through carelessness!) in 1995. Since then I had 2 cats called Lilo & Max who live in Vienna with my ex-housemate still. I do miss them but to be honest I don’t have time for pets, though when I get my own house, I want cats. They need less attention…!

At what age did you realise that you wanted to be an actor?
As I said earlier, I knew early on, maybe from about the age of 10 what I wanted to do, but it wasn’t until I saw Les Miserables at the Edinburgh Playhouse that I firmly decided. Peter Karrie was Jean Valjean and I remember thinking I wanted to BE him on that stage. A few years later I did Les Miserable in London, I worked with Peter on The Thorn Birds musical and the following year I did Laughter In The Rain at the Playhouse so I ALMOST got my wish!

Did anyone in particular inspire you to want to be on the stage?
Peter Karrie and Bill Graham! See the previous questions!

Do you have anyone as a role model that you aspire to be like?
Dame Judi Dench. Her name immediately adds a touch of quality and practically guarantees quality and bums on seats. I gave up on wanting to be a Hollywood “star” a LONG time ago! I just want to do good stuff and be respected, to be honest.

Are there any long-term ambitions that you have either on the stage or off it?
I would like to do more directing. I did a few bits and pieces when I lived in Vienna. I’m not ready to give up performing just yet, but I do see it happening eventually. I think I need to live a bit more and I still have A LOT to learn.

If you won a million pounds what would you spend the money on?
A flat of course, funding my own album and starting up my own business, a stage school.

Which is your favourite part of London that you like going to?
I’m living in Greenwich at the moment which I LOVE. I don’t think I ever want to live in any other part of London. For some reason I am drawn to Waterloo Bridge – I like the view and to go there to think.

Have you passed your driving test?
I passed on my 3rd attempt when I was 18, but living in London I don’t have any need  of a car, though I wouldn’t say no if I won one!

What would be your favourite meal be if taken out to dinner?
I LOVE Italian food, but also Chinese. My favourite MEAL itself is a classic British, Roast beef dinner with Yorkshire puddings. I could eat that EVERY day!

Do you have a partner?
I have a partner yes, who works in retail but still dabbles in the business. We’re hoping to start up a company together going into schools with shows, pantos etc. Early days yet, and being with someone who is not in this business has its advantages and disadvantages, the main one being that my partner works “normal’ hours and I work evenings so our time together is limited and fairly precious.

Any parts of the world that you would like to go to or have been to?
I’ve travelled most of Europe so now feel it’s time to go further afar. One of my best friends lives in Australia and I haven’t seen her for over a year now so I think a visit is due. I am quite interested in history so have a long list of places I want to visit, but firstly my partner and I are planning a luxury beach holiday, white sands, doing NOTHING!

What is it like working on Love Never Dies?
I’m still having the time of my life. It really is my dream job. I love the show and when I decided to move back from Vienna in January my agent asked me which show I wanted to be in, I immediately answered Love Never Dies. 4 weeks later I started rehearsals! We have a great cast and we all get along brilliantly. The show got off to a shaky start but Bill Kenwright has really turned it around. Interestingly I still don’t get bored hearing the same songs night after night. We have a good sense of camaraderie and we all know that if something goes wrong we can count on each other. It’s not so much an ensemble show, but I have a fairly busy track featuring in quite a few scenes throughout so I don’t have time to be bored. I also cover Raoul which I am thrilled about. I haven’t been on yet but hope to be soon.

Who would you most like to star alongside in a play or musical?
I worked with Julie Atherton a few years ago on a 45 minute showcase for Perfect Pitch. I’d love to work with her more on something a bit more substantial. I live with Sophia Ragavelas and we did Les Miserables together many moons ago. She’s EXTREMELY talented and I’d like to do something with her again, and also Nicole Faraday, who is a tremendous actress. Funnily enough I LIVE with them both. We need a project!

Who would you most like to sing a duet with?
He’d sing me off the stage but Alfie Boe…

What do you usually do on your ‘nights off’ from Love Never Dies?
I only get a Sunday off so sleep usually! I haven’t been to the cinema in an eternity! Usually my partner and I just chill but I have been doing a fair few guest spots in various concerts and cabarets for friends so haven’t actually HAD a day off in a while! Next up I my own gig which I will be announcing soon and starting to get preps made for my own album next year. No rest for the wicked…!

Scotland vs England at ‘anything’ – who do you support?
Oooooohhhh. Scotland. Though I tend to keep it quiet down here!

Thanks Kieran for taking time out from your busy schedule! Best wishes to you and all the cast at Love Never Dies