It’s Christmas! The season of cheer, alcohol, food and Christmas shows. If panto doesn’t float your boat, there’s a wide range of different types of shows available, but if you want to have a fantastic evening, you should go to see Christina Bianco’s show O Come All Ye Divas at the Charing Cross Theatre.

Christina Bianco is well known for her viral youtube video of her singing Total Eclipse Of The Heart impersonating 19 different singers, including Adele, Julie Andrews, and Celine Dion. Take this simple enough concept and apply it to a Christmas show, and we have a divalicious show.

Christina Bianco’s talent for impressions is outstanding – I counted 40 and I may have missed a couple. This is, of course, the bread and butter of Bianco’s show, and it’s especially amusing when she plays characters against type, like Julie Andrews singing Bang Bang by Jessie J et al. The show also incorporates audience interaction with the use of Christmas crackers containing diva names and song names. One of the combinations that resulted was Paloma Faith singing Walking In The Air.

The cast of Diva characters includes Kate Bush, Dolly Parton, Florence Welch, Edith Piaf, Whitney Houston and Celine Dion. We are also treated to some spoken impressions with characters from television shows like Friends and Will & Grace, all well received by the audience that’s shrieking with laughter.

Do not mistake me, Bianco is no one-trick pony. Whilst she is an exceptionally skilled impressionist, she is also quite simply a brilliant performer, and her comedy version of 12 Days of Christmas was probably the highlight of the show for me. And when she ends the first act with Don’t Forget Me and Let Me Be Your Star from the television musical Smash, she is singing as herself and sparkles from head to toe. In my opinion, she’s just as much of a diva as the women she’s portraying, and it’s a joy to spend an evening in her company.

Bianco is joined on stage by a lovely band of four, led by musical director Joe Louis Robinson, who also has a wonderful voice and stage presence, and great chemistry with Bianco.

If you like divas, Christmas, and impressions, this show is perfect. It’s clever and entertaining, and Bianco is a skilful and confident performer who connects well with her attentive audience. At the end of the night, she received a well-deserved standing ovation, which I expect she will receive every night at the Charing Cross Theatre. One not to miss.

A girl of a thousand voices, Bianco’s diverse repertoire spans from Edith Piaf to Ariana Grande. Through soaring vocals and jaw-dropping impressions, the show will feature classic renditions and unlikely interpretations of beloved holiday tunes. With hilarious sketches, interactive games, and a fabulous band, Christina will take you on a seasonal celebration like no other!

Broadway and West End performer Christina Bianco’s singular voice and comedic charm has brought audiences around the world to their feet. Bianco captured international acclaim as a YouTube sensation with her ‘diva’ impression videos, gaining over 23 million views. She has performed on The Ellen Degeneres Show, The Paul O’Grady Show, This Morning and Graham Norton on BBC Radio 2.

Two-time Drama Desk Award nominee, Bianco made her West End debut in Forbidden Broadway at The Vaudeville Theatre. She has performed her critically acclaimed solo shows, Diva Moments and Party Of One, to sold-out crowds in the US and the UK. She recently completed a 14 city UK tour, titled, Me Myself And Everyone Else, earning 5-star reviews across the country. 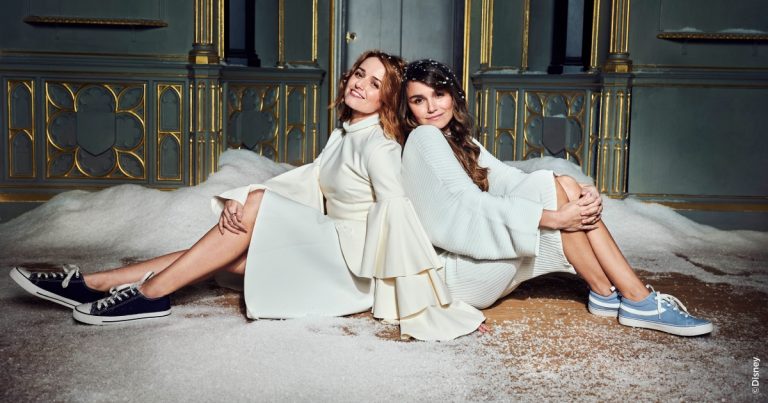